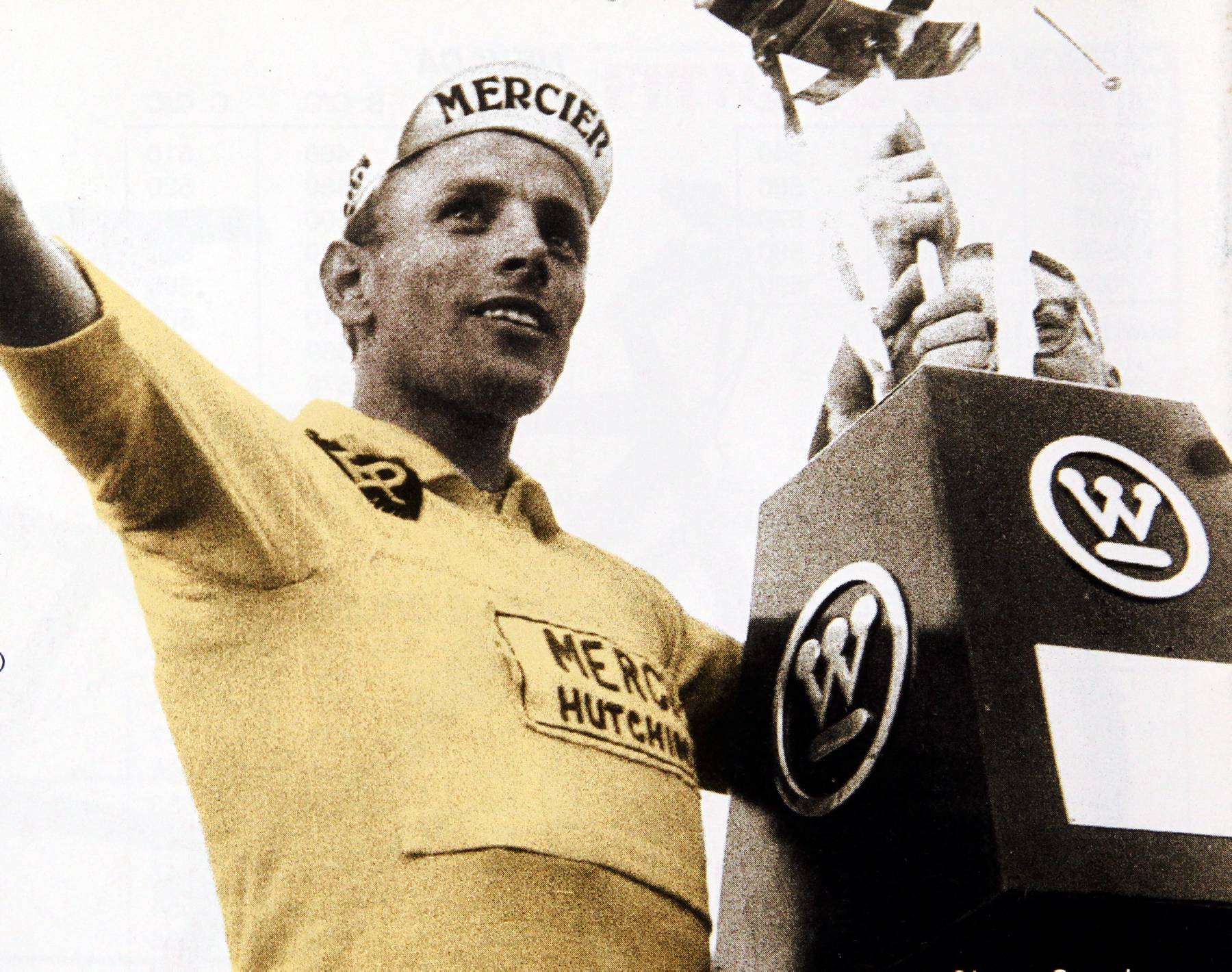 A belated happy birthday to Rolf Wolfshohl, who was born on December 27, 1938.

The German rider is best known for winning the 1965 Vuelta a Espana in front of Raymond Poulidor of France and Rik Van Looy of Belgium.

In addition, Wolfshohl was also 4th in the 1962 World Championship Road Race behind Jean Stablinski of France, Seamus Elliott of Ireland, and Joseph Hoevenaers of Belgium.

Wolfshohl started competing in cycling in 1953 at the age of 15 and won his first race in 1954, and in 1956, he became Junior Champion of West Germany.

The head of the velodrome in Dortmund, Otto Wederlin, wanted to turn Wolfshohl into a great six day track rider but Wolfshohl preferred cyclo-cross and road racing.

Between 1957 and 1973, Wolfshohl took part fifteen times in the World Cyclo-Cross Championships where he won twelve medals, three of which  were gold.

The first time that he reached the podium in the World championships of cyclo-cross was the bronze medal in 1958 behind the Frenchman André Dufraisse and the Italian Amerigo Severini.

In 1960 and at the age of 21, he won the rainbow jersey in Tolosa, Spain. Initially Italian Renato Longo and Swiss Arnold Hungerbühler took a small lead in the race but halfway into the race, Wolfshohl bridged to the pair and then rode clear to win the gold medal. A year later he prolonged his title in Hanover. The course was said to have been made or designed especially for Wolfshohl. The UCI instructed that the course be made tougher but Wolfshohl was in great form and spent most of the race alone at the front. Longo came back to Wolfshohl in the second last lap but with an acceleration Wolfshohl dropped the Italian. In 1962 Wolfshohl was sick and could not finish the World Championship race.

In 1963 in Calais in France, Wolfshohl won his third and final world cyclo-cross title.

Wolfshohl became a professional road racer in 1960 by the Rapha-Gitane team.

In 1962 he was beaten in a two man sprint by Jef Planckaert in Liège–Bastogne–Liège. At that time Liège–Bastogne–Liège and La Flèche Wallonne were run on successive days as “Le Weekend Ardennais.” Wolfshohl came seventh in La Flèche Wallonne and as a result won Le Weekend Ardennais in 1962. In the World Championships road race of that year, Wolfshohl finished fourth behind Jean Stablinski of France.

In 1963 Milan–San Remo Wolfshohl and Joseph Groussard sprinted for the win. The sprint was very close and at first Wolfshohl was declared the winner but then Groussard was latter aware the victory.

In the 1965 Vuelta a España while riding in the Mercier cycling team of defending champion Raymond Poulidor, Wolfshohl took the leaders jersey from his team leader on the eighth stage. Wolfshohl showed himself to be the strongest in the race and kept the leader’s jersey to the finish where he won with six minutes advantage over Poulidor.

In the 1968 Tour de France Wolfshohl won the yellow jersey after the 16th stage. In the 18th stage, Wolfshohl crashed on a descent and had to wait for his teammate. Wolfshohl would finish the race sixth.

Upon his retirement 1975, Wolfshohl opened a bike shop. And, from 1995 until 2000 he was involved in the organization of the Rund um Kiln race.