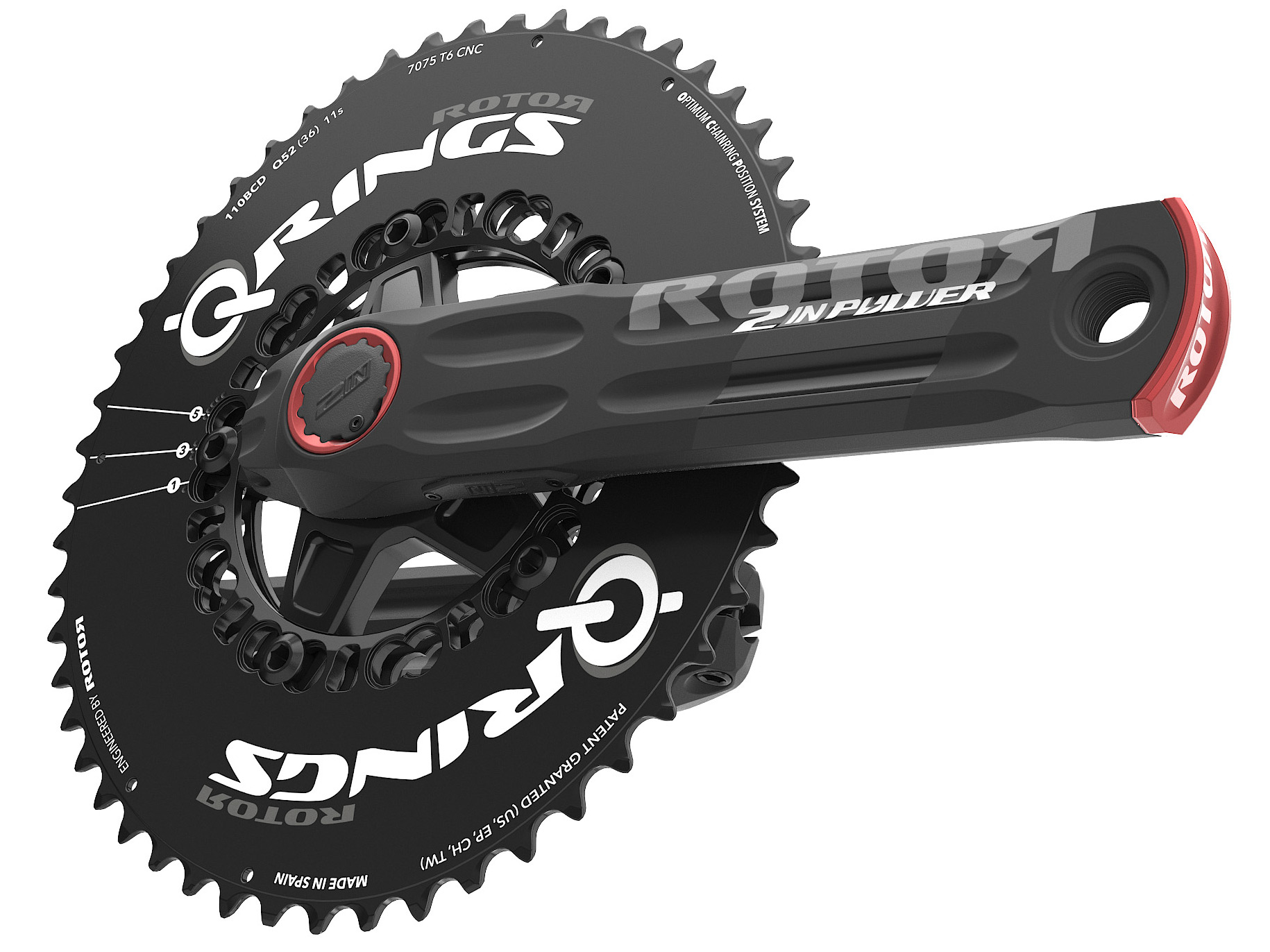 03 Mar 2016
By Gianni Pericolo - In LATEST ARTICLES, THE DOUBLE DIAMOND

We’ve used this silly saying before, but the phrase I’ve Got the Power no longer belongs to a cheesy dance hit from the 1990’s, rather it’s become emblematic of the battle between cycling component companies – vying for supremacy in the power meter category.

Last year ROTOR launched its single-sided crankset based INpower power meter, while also laying out portends that a dual sided unit was also in the works.

This week, ROTOR unveiled its latest dual-sided incarnation aptly called – the 2INpower. And, just as the name implies, it’s designed to measure power from both left and right legs.

According to ROTOR, this was accomplished by adding an additional set of four strain gauges to the right crankarm, in the same manner as the existing left-leg gauges, which are already located in the bottom bracket axle.

Additionally, the 2INpower now boasts ANT+ and Bluetooth Smart compatibility, along with a built-in rechargeable battery.

ROTOR says, the extra strain gauges now allow cyclists to make better use of their TORQUE 360 and Optimum Chainring Angle (OCA), wherein  they can better assess their pedal stroke and accurately position their Q-Rings for optimum performance.

“A person with a 50/50 balance in his or her power output is extremely rare, if even that person exists,” explained Irene Albacete, lead engineer for ROTOR’s 2INpower division.

“We knew that the next step was to take advantage of INpower’s technology and accuracy to develop a dual-sided power meter with the same features as INpower but which could provide power data equally in the right leg as in the left.”

At last, cyclists may now have The Power.