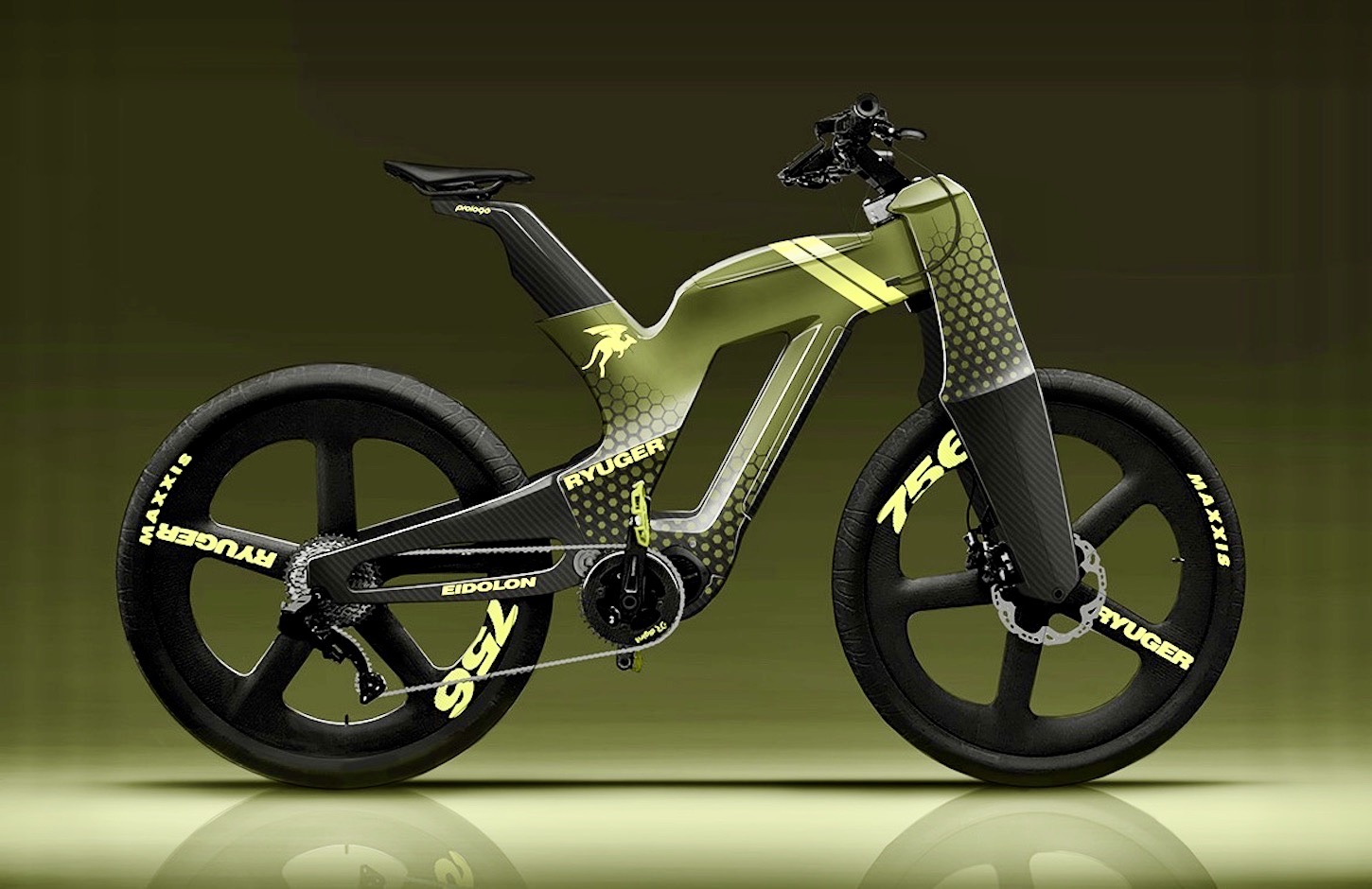 The Australian brand Ryuger has launched a new eBike called the Eidolon BR-RTS, dazzling enthusiasts with an pedelec that’s punctuated by carbon fiber from stem to stern including an aerodynamic fork, a full carbon handlebar, carbon swingarm and a one-piece carbon wheelset.

There’s even a waterproof compartment that’s located behind the front-end for riders to stow their phone and other essentials.

Looking like something right out of the pages of a futuristic sci-fi novel, the Eidolon BR-RTS is a full suspension eBike that’s equally at home off-road as it is on the tarmac thanks to Cane Creek fully-adjustable DB Coil shocks. Moreover, the bike is designed to accommodate both 29 and 26 inch wheels, allowing riders to tackle any terrain whether it’s snow or sand.

Other features that highlight the Eidolon BR-RTS include Shimano’s 250W Steps e8000 electric drive system that’s capable of providing 70 Nm (52 lb-ft) of cadence sensing torque with three levels of boost, propelling the bike to a top speed of 15.5 mph (25 km/h), while braking comes courtesy of a proprietary hydraulic disc brake system. In fact, braking appears to be so important, these Aussies saw fit to equip the front-end with twin discs.

But, perhaps the most striking aspect of the Eidon BR-RTS is its sleek frame, which is made via a “revolutionary” fabrication process that eliminates the use of traditional bladders and pre-peg carbon lay-up, with a complete bike tipping the scales at an impressive 42 pounds (19 kg).

Eidolon BR-RTS is available in two groovy colors, Acid Avocado and Space Racing (the red shown must be a prototype).

Interestingly, there’s no word on pricing, but rest assured a bike bedecked in carbon like this won’t come cheap.