Out The Saddle Issues New Cycling Posters for 2017 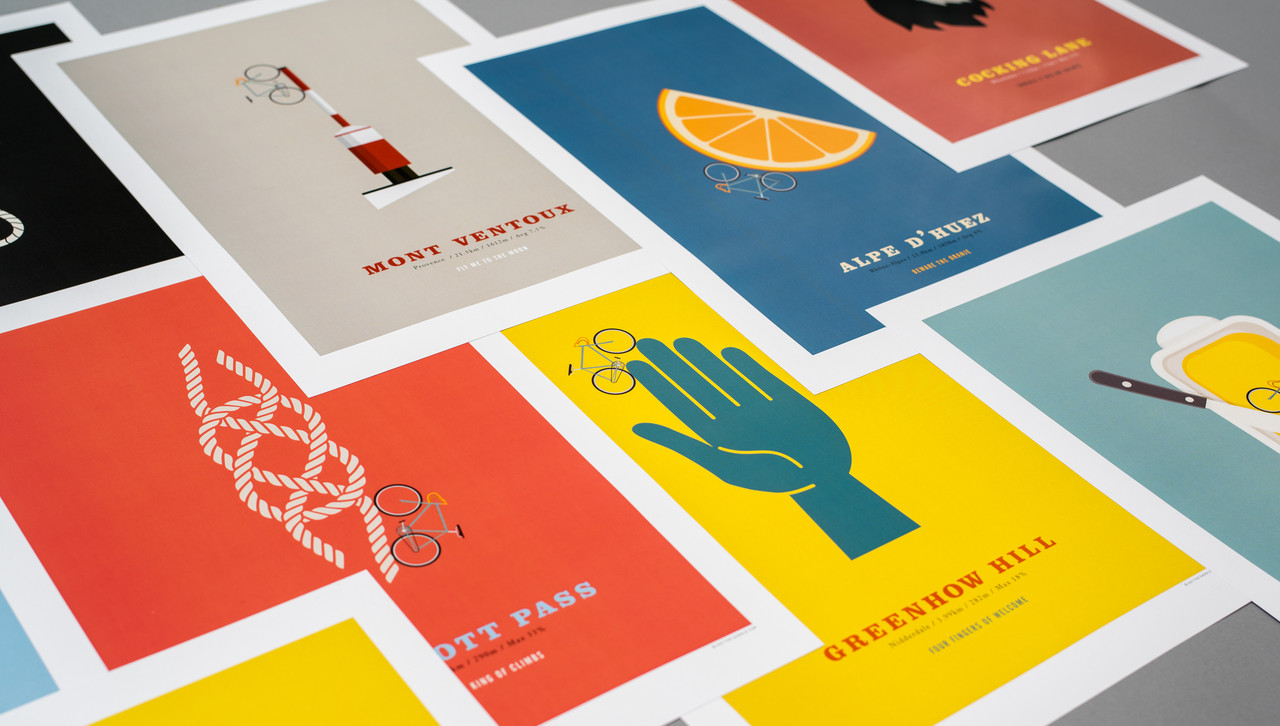 In addition to reprinting popular versions of their existing collection(s), Out The Saddle has expanded its range of cycling posters for 2017 to include never before issued editions of famous climbs in European, along with some not-so famous climbs in and around the UK.

For example, the latest edition of the Galibier now comes with a reference to Pantani’s famous breakaway attack during 1998 Tour de France, along with a new version of the infamous Mont Ventoux as well.

Additionally, the Puig Major and a Scalextric-inspired Sa Calobra on Majorca, join the catalogue for 2017 also.

In the UK, Out The Saddle pays tribute to the English Countryside’s Dog House Lane in Todmorden and Swains Lane, next to Highgate Cemetery in London.

You can check out all of Out The Saddle’s new posters here.