Is it Safe to Microwave Your Food? 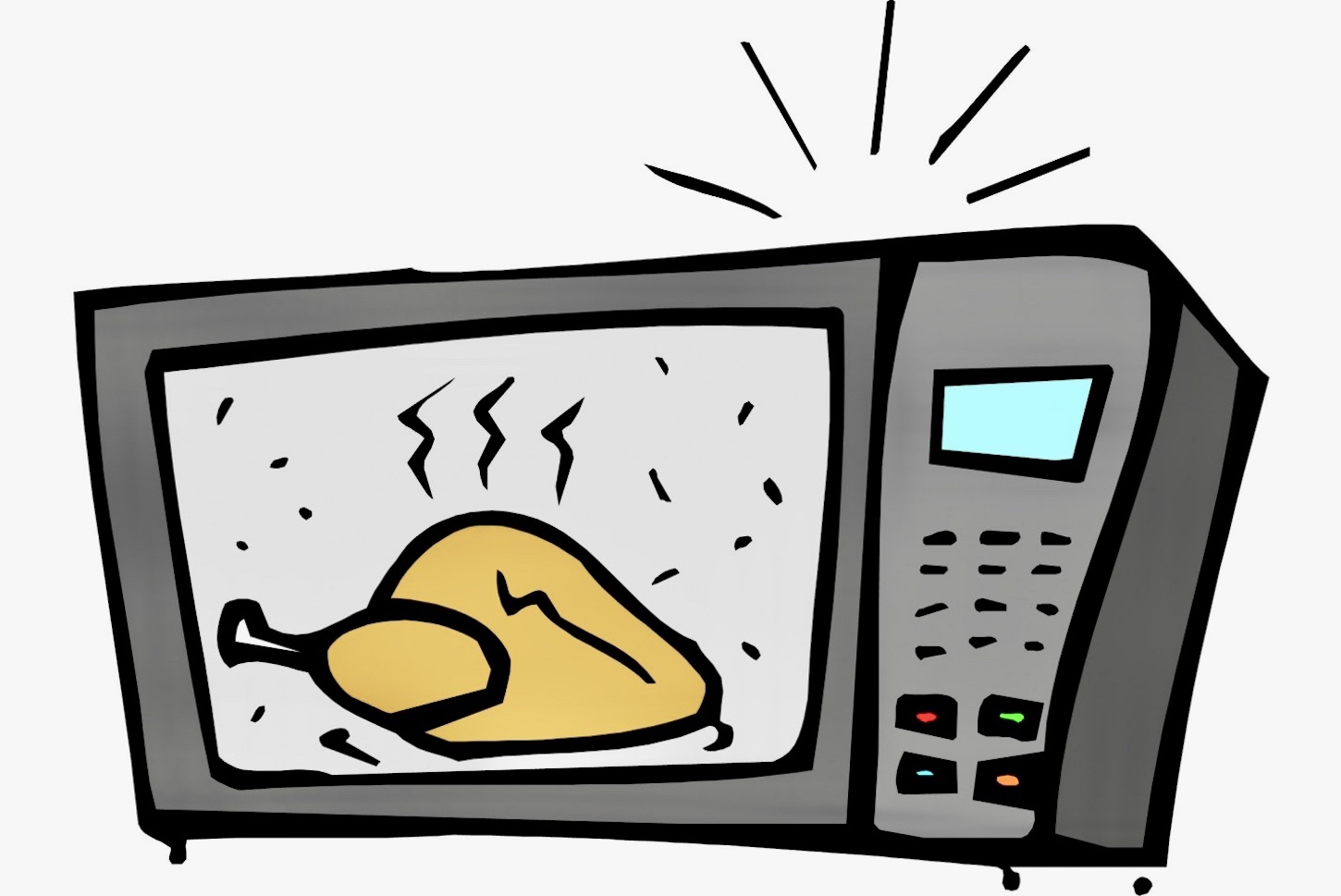 Today every kitchen would seem “under-equipped” without a microwave, with its efficient ability to cook, defrost and reheat a variety of different foods. The handy appliance uses microwave radiation to do so. This is a type of electromagnetic radiation similar to radio waves and infrared light.

Although generally recognised as safe, the internet is awash with articles about the dangers microwave radiation poses to your food. Some claim using microwaves can cause “cataracts and cancer”. Other posts says it “zaps the nutrients right out of your food”.

If you believe this, the “killer” oven in your kitchen must be a terrifying sight, but there is actually no research to support the supposed dangers of microwave cooking. Hopefully we can allay your fears by checking some common danger claims against the evidence.

Does it zap the nutrients out?

Putting raw foods through any type of process – including heating and cooling – leads to changes in their physical properties, chemical composition and nutritional profile.

If nutrients are lost from foods cooked in microwaves, this would be because too high a temperature was used, or they were cooked for too long. The correct combination of time and temperature can help preserve most nutrients while also improving the foods’ taste, texture and colour.

The time and temperature required depends on the type of food. High risk foods such as meat, fish and eggs need to be heated to at least 60℃ to be safe.

Microwave cooking is unlikely to negatively affect vitamins and other compounds associated with improved health. For instance, rapid cooking actually helps preserve a group of beneficial chemicals, the polyphenols – that increase the total antioxidant activity of foods – in green vegetables.

One study compared microwaving or steaming vegetables, such as cabbage, carrots, cauliflower and spinach, to pressure cooking. It found vegetables that were pressure cooked lost more insoluble fibre, which is good for gut health, than those that were microwaved or steamed.

A key nutrient usually destroyed when cooking vegetables is vitamin C, a severe lack of which can lead to conditions like scurvy. But boiling vegetables accounts for greater nutrient losses than microwaving them. This is because water soluble nutrients are readily leached into water when they are boiled, while very little water is used in microwaving.

Short bursts of heating, such as used in microwave cooking, can retain most of a vegetable’s vitamin C.

Can it give you cancer?

Some of the best studied cancer-causing compounds are the heterocyclic aromatic amines (HCA). These are formed naturally in protein-rich food such as meat and fish during cooking, and are more likely to form if the meat is cooked for a long time and at higher temperatures.

The method of cooking is a major factor affecting HCA formation. Some researchers have reported HCA are formed in chicken at higher levels when cooked in a microwave, compared to when pan-fried, barbecued or baked.

But no research has claimed or shown an association between regular consumption of microwave-cooked poultry and cancer.

A recent study has revealed barbecued fish contains more HCA than microwave-cooked fish, while HCA could not be detected at all in microwaved beef. Also, thawing beef and re-heating previously cooked meat or fish in a microwave just for a few minutes, does not produce any extra HCA.

What about the packaging?

There is some evidence to suggest chemicals in plastic packaging can migrate into foods when microwaved, which has been associated with increased risk of cancer.

If packaging is marketed as microwave safe, has a microwave symbol or provides instructions for proper microwave use, it is safe for microwave cooking or heating.

Leaching of harmful toxins or “cancer-causing” compounds from appropriately packaged products during microwaving is highly unlikely in Australia, although this area could benefit from more research.

Does it kill bad bugs?

A major challenge in microwaving is the unevenness of temperature distribution due to the shape of the food. You may notice when you heat food in a microwave that there are often hot and cold spots. This poses a potential safety issue.

Microwave cooking can only kill disease-causing bugs when the correct temperature and time combination is achieved throughout the food portion. Cooking to temperatures above 60℃ will kill most bugs known to cause food-borne illness, but the toxins produced by them may be heat-tolerant.

If the food is already contaminated with bugs that produce toxins, microwaving might kill the toxin-producing bug but not destroy the toxins, despite the correct temperature and time combination. This can also apply to other cooking methods. Appropriate food storage is the key to minimising such risks.