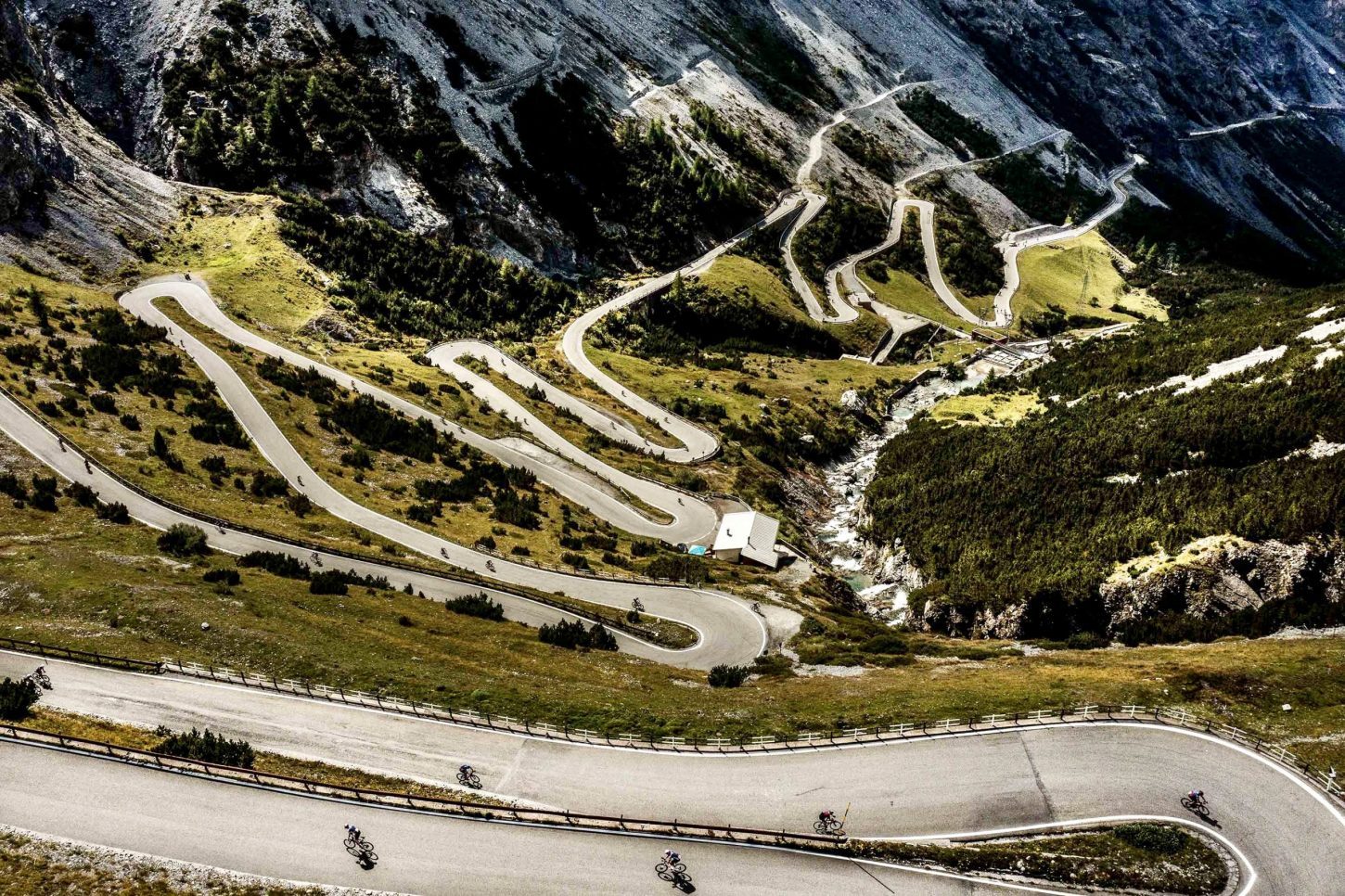 Cyclists will be converging from all continents to tackle the Stelvio on Sunday, June 12, 2022, with no less than 46 nations in attendance, marking Santini’s 10th edition Granfondo Stelvio.

The country with most competitors after Italy is Germany, followed by Denmark and the UK. But, plenty of cyclists will also be traveling from even further afield, including 23 from Brazil, 13 from the US and 10 from Australia. There will also a strong female presence at the start-line with women accounting for 9% of entrants.

However, there’s been an adjustment to the Long Route, which will now follow a new road to the historic Mortirolo Pass, starting from Sernio that begins with a 13-kilometer climb and a 17% elevation gain that culminates into a panoramic road.

Additionally, the different classifications will be broken up by route and calculated based on the times of the climbs as though they were independent time trials in order to decide who will receive the Queen of the Mountain and King of the Mountain polka dot jerseys.

There will also be classifications for the individual Teglio, Mortirolo and Stelvio climbs.