Sarto and Veloboo Go for Gold! 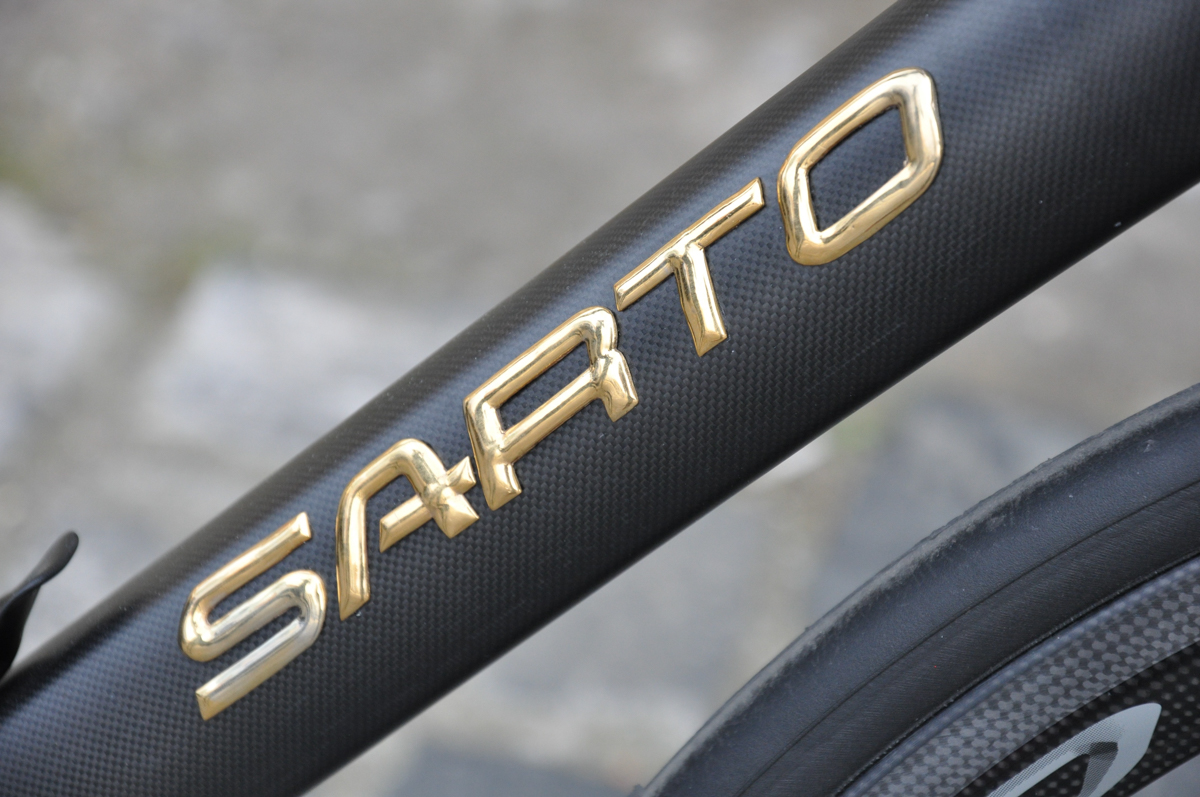 31 May 2016
By Campionissimo - In FEATURED ARTICLES, LATEST ARTICLES, THE DOUBLE DIAMOND

The rising cost of pay dirt hasn’t discouraged either the Italian “house” of Sarto or the Hungarian brand, Veloboo, from spinning carbon and bamboo into gold.

Both brands will have on display at this weekend’s LikeBike show in Montecarlo, two bikes adorned in all manner of gold.

In the case of Sarto, the Italian terzista who’s been quietly turning out bikes for many of Italy’s most prestigious marques for the last half-century, and only recently under its own name, will have on display one of only 25 of their handmade carbon bikes featuring 18-carat gold embellishments throughout. And, if that isn’t enough, the bike also has a saddle covered in Zimbabwean crocodile skin.

If you think a crocodile has a incredible bite-ratio, think of how $27,000 for one of these gems will clamp down on your wallet.

Similar to Sarto, Veloboo takes the same approach with its Gold, albeit with bamboo instead of carbon.

The Hungarian brand uses sustainable bamboo as the platform for its Gold, but steps up the gold treatment to 24-carat on the wheels, drivetrain and cockpit pieces, to the tune of a staggering $40,000.

Not even King Midas himself, could have conceived of such an opulent two-wheeled creation.