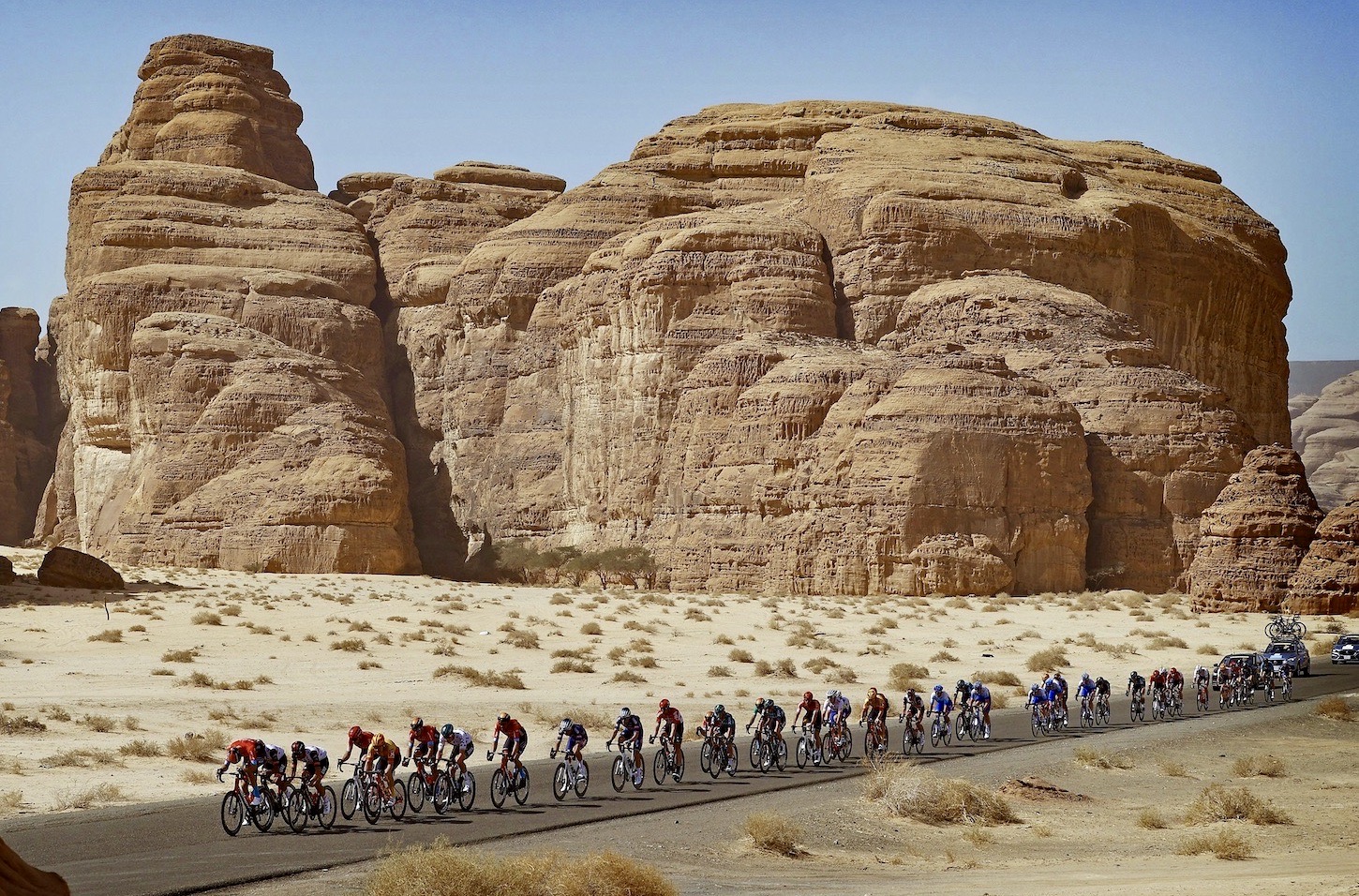 On the grueling ascent to the Skyviews of Harrat Uwayrid that reached gradients as much as 22%, Van Gils followed Bagioli’s attack, putting enough pressure on his Italian rival to crack him and seize the stage honors.

Meanwhile, Luka Mezgec (BikeExchange-Jayco) beat out Tim Declerq (QuickStep Alpha Vinyl) in the sprint for second place a full 40 seconds back from Van Gils, who now holds a 36-second advantage atop the general classification over Santiago Buitrago (Bahrain Victorious) with Rui Costa (UAE Team Emirates) a further 12 seconds back in third overall.

Rampant crosswinds formed early splits in the peloton as a group of 18 riders including Van Gils and a well-supported Bagioli took the front with the Bahrain-led chase group trying and failing all day to bring them back.

With the lead group thinning as the gradient reached double digits, Bagioli attacked with 10 kilometers to go, seemingly cracking everyone but a determined Van Gils who had the legs to follow.

The two began a tense duel as the road snaked upwards, with the Van Gils gradually inching ahead Bagioli, who appeared to finally be tiring with a lot of racing left

It all became too much for Bagioli as he succumbed to Van Gils’ pressure before cresting the climb, as the dark horse for Lotto Soudal powered through the final flat five kilometers to take a memorable stage win for his budding career.

The Saudi Tour concludes tomorrow with a flat 138.9 kilometer ride through AlUla Old Town which looks ripe for another victory for a sprinter.