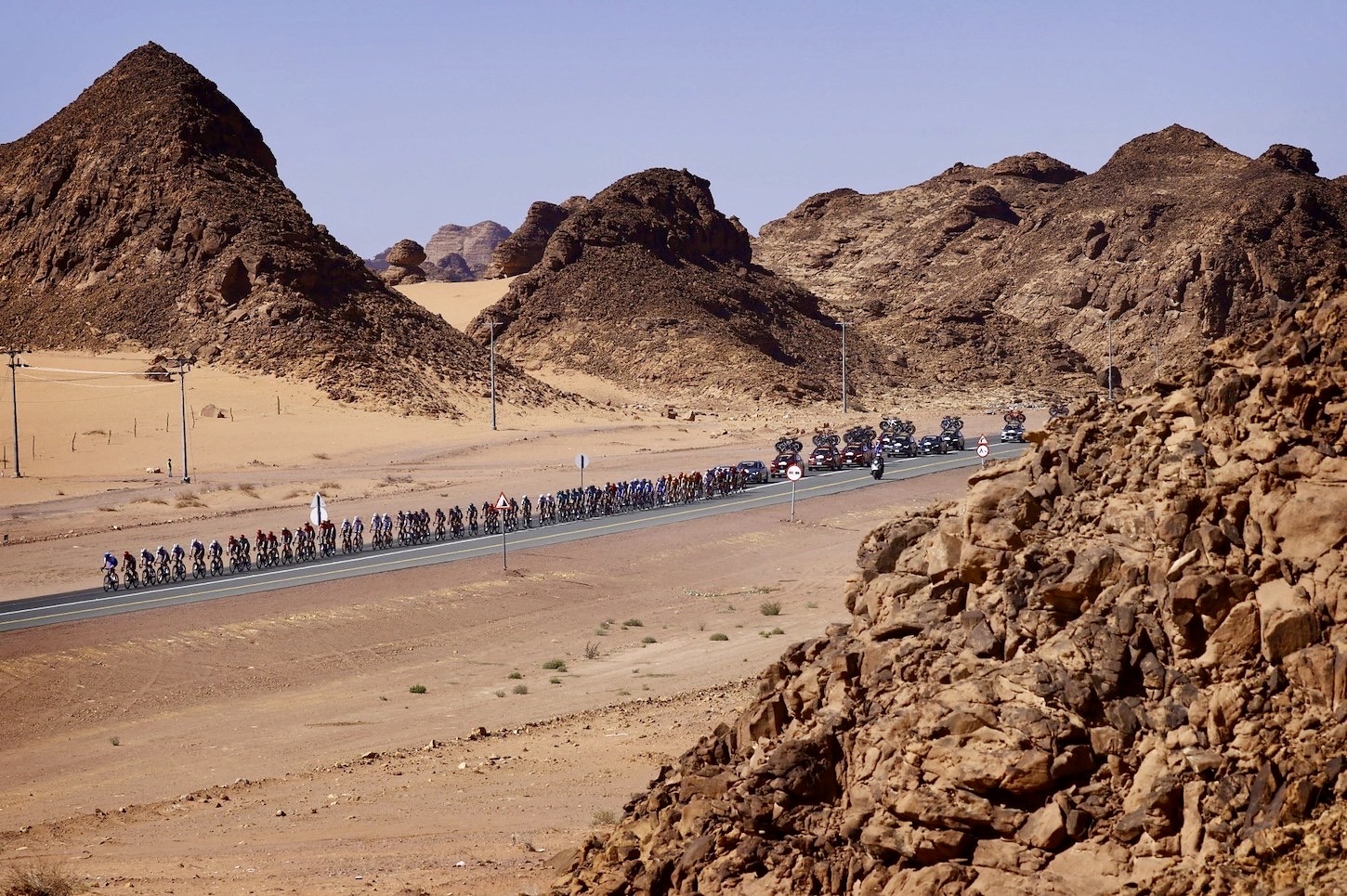 Groenewegen beat Dan McLay (Arkea-Samsic) and Davide Ballerini (QuickStep-AlphaVinyl) in the dash to the line, while Caleb Ewan (Lotto Soudal) suffered a late puncture and was unable to contest the sprint.

Van Gils and Lotto Soudal were careful to stay in the peloton and let the sprinters chase the attacks during the flat 139 kilometer stage around AlUla Old Town.

“Yesterday I won my first professional bike race and today I already take home the leader’s jersey. This really gives me a special feeling,” Van Gils said, after his overall success.

“The past week really was a wonderful experience. That is why I want to thank the entire team for their support and helping me achieve this victory, without them this would not have been possible.

“The final stage definitely wasn’t an easy one, we had to exert force on the pedals the whole day long. Again Thomas De Gendt did an incredible job in keeping the early breakaway in check. Now it is time for some rest before I prepare the next races. We’ll see what they bring, but at Lotto Soudal we are of course always aiming for the victory.”

Jannik Steimle (QST) animated things early-on in the stage with a lone breakaway effort, before being joined by Charmig, Urianstad (both UXT) and Tzortzakis.

From there, the quartet opened up a model advantage of just under two minutes over the peloton.

Tzortzakis was the first escapee to get reeled in, while Steimle held-on as the last rider before being caught during the final lap.

With just under 3 kilometers to go, Ewan lost all hope of a second stage victory after an untimely puncture, while Groenewegen was delivered into perfect position by his Team Bike Exchange-Jayco to fend-off challenges from McLay and Ballerini.