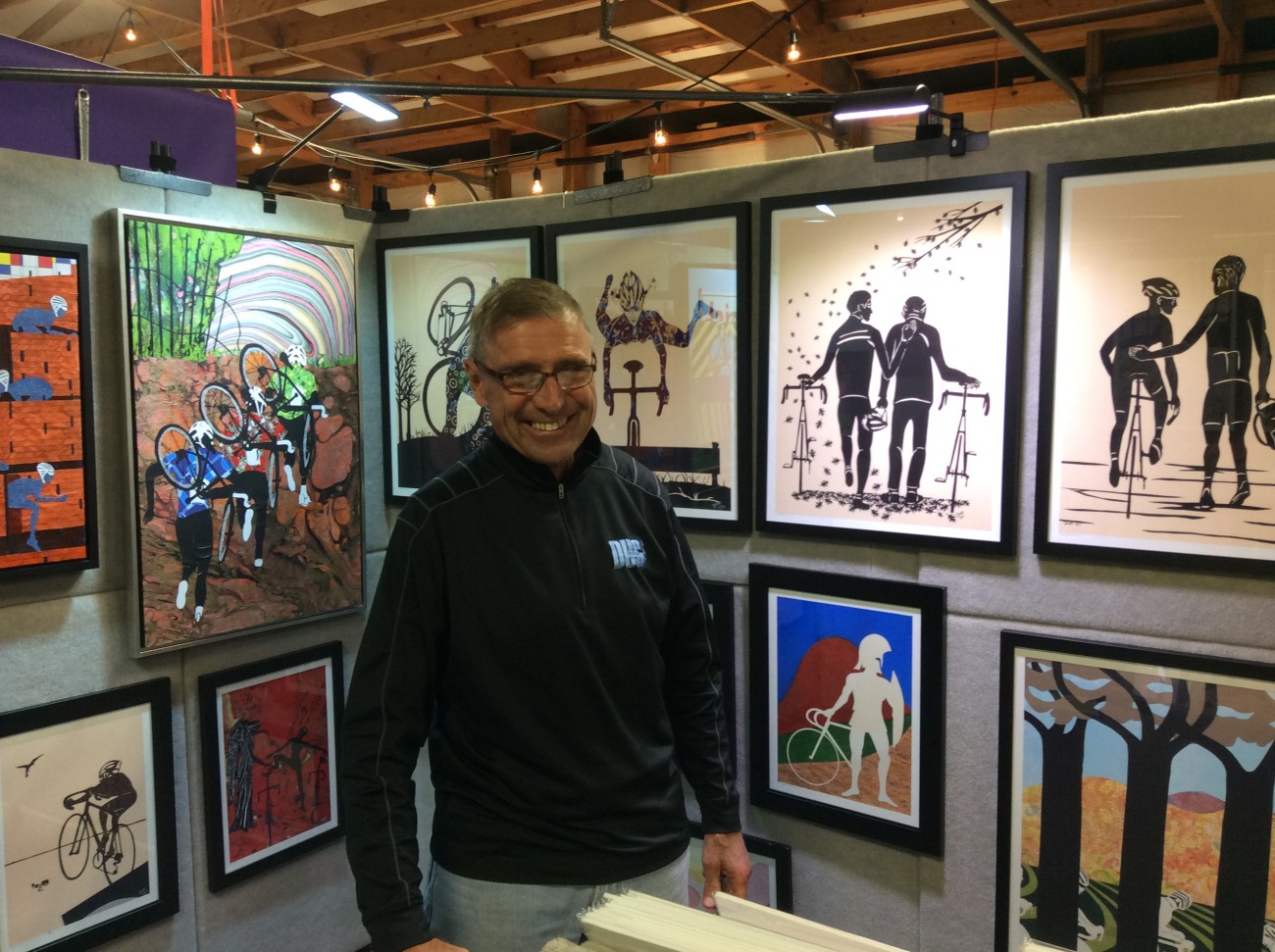 New England’s cyclerati turned out in droves last weekend to see some of the most glorious handmade bikes and wears on display at the New England Builders’ Ball – in its new digs at the Thompson Motor Speedway in Connecticut.

Indeed, the exhibit hosted many of the region’s top frame builders and accessory makers, with wall-to-wall road, mountain, fat, cruiser and gravel bikes, as well as numerous styles of handmade bike bags and gear.

Just like last year’s event, the New England Builders’ Ball was featured alongside the KMC CrossFest, which played host to the top cyclocross racers across the USA – as they battled it out amongst the mud and barriers during three days of exciting racing.

Here are just a few highlights from the event.

Want a randonneur, tandem or city bike? Scott is the man!

Kristofer Henry of 44 Cycles in Lyndeborough, NH had one of his exquisite Huntsman gravel grinders on display.

44 Cycles offers range of custom bikes, with a specialty in off-road.

However, if you can conceive it, Kristofer can build it.

Doug Breismeister of Breismeister Bikes from Queens, New York brought along some of the most beautifully fillet-brazed specimens imaginable, to include some intricately made handlebar and stem combinations.

Like all artisan frame builders, with a lot of flux and passes with the torch, Doug can create virtually any style of bike at the customer’s request.

Emily O’Brien of Dill Pickle, displayed some of the most well thought-out cycling bags we’ve ever come across, not to mention a level of detail and quality rivaled by few.

Best, they’re all made by her at Dill Pickle’s studio in Medford, Massachusetts.

Long-time fixture in the custom frame building and bicycle painting and repair world, Toby Stanton, had several examples of his par excellence   on-hand.

The paint work on display by partner Jordan Low, was nothing short of astonishing!

It’s difficult to see from the images alone, but we’ve never seen tig-welding on this level before.

In any case, regardless of what the terrain may be in western Massachusetts, Niall has a bike capable of taking up the challenge.

No handbuilt bicycle show would be complete without the presence of the Magus of Metal himself, Richard Sachs.

Here, Richard is seen standing alongside one of his inimitable steel lugged creations.

Another member of cycling’s Pantheon of artisan frame builders, J.P. Weigle, was also present with a handful of wonderfully crafted bikes.

There are few artisans who go as far back in the annals of custom frame building as Peter.

In addition to the show’s vast two-wheeled creations, Doug Dale of DUG Art and Michael Valenti had their own pop-up studios, with numerous pieces of their cycling art on display.

This was especially exciting for us, because we can now put a face with the work of these two artists, who’s art we have come to love over the years.

Many thanks to Eric Weis for graciously inviting us to the show, and for the yeoman’s effort he put in to making it a wonderful event again!