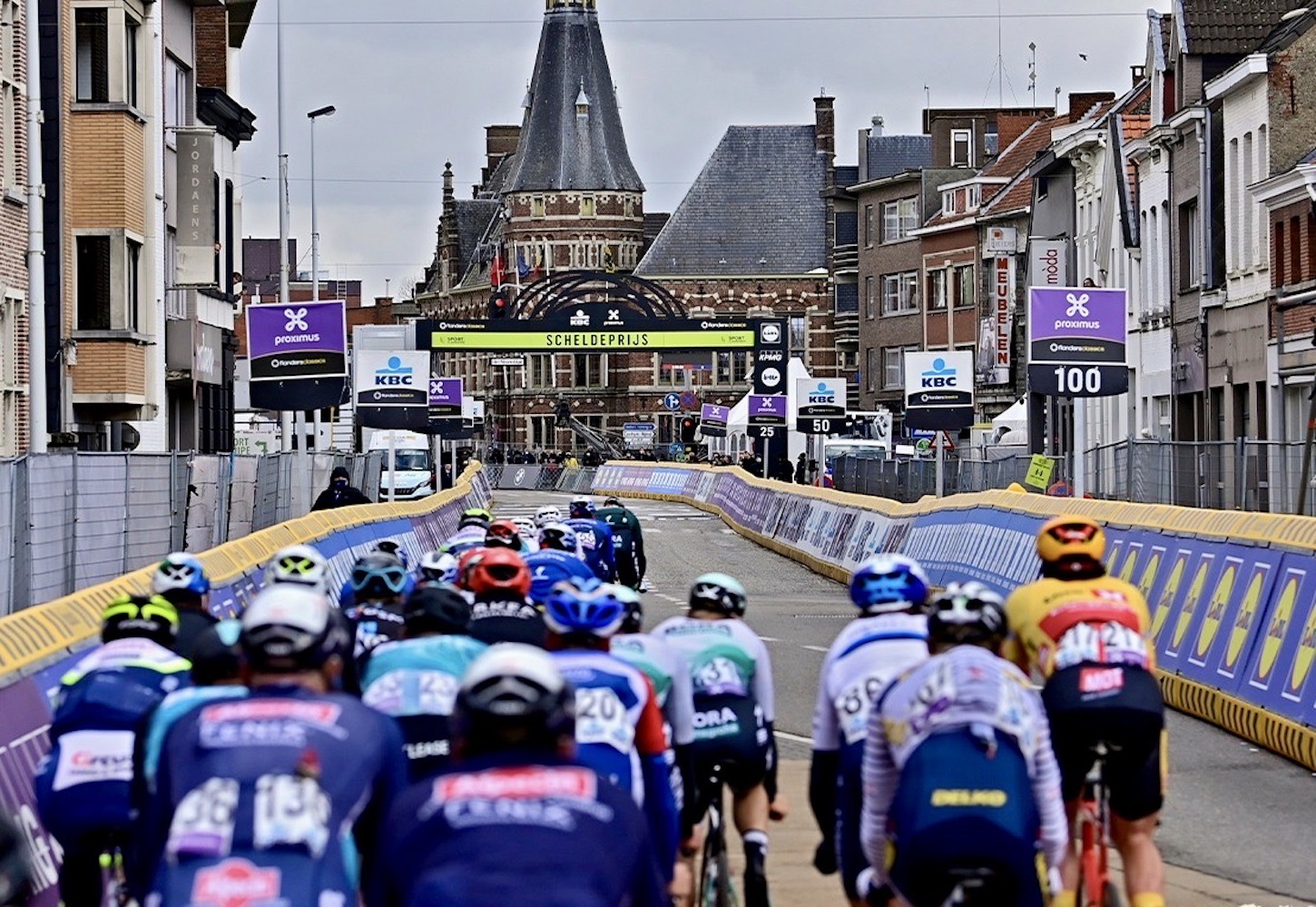 Alpecin-Fenix was seven-riders strong amongst a group of about 30, as the peloton split during the final 3 laps of the finishing circuit around Schoten.

Heading into the final kilometer, the Belgian squad still had four-rider lead-out train, with Dries De Bondt and Jonas Rickaert propelling Philipsen to the front and onto victory during the closing 300 meters.

The wind played a critical role in today’s semi-classic, with several factions attempting to escape to no avail.

By end the of the first finishing lap, the leader’s advantage had been reduced to 2:05, and to 1:35 by the penultimate lap.

Up front Sénéchal and Burghardt traded turns heading into the final 3 kilometers, with Sénéchal later dropping back, as the rest of his QuickStep team organized behind him. But, Burghardt stayed on the front until the final 2 kilometers.

A Beat rider then decided to attack, only to be closed down by Van Lerberghe. Another attack followed, this time by Van Moer with under 2 kilometers to go. Van Lerberghe once again was successful in shutting down the attack, while Mørkøv sat in front of Bennett and Cavendish closely marked his wheel.

From there, AG2R opened up its lead-out, but QuickStep soon moved to the front, with Van Lerberghe peeling off to leave Mørkøv to take it up from range.

But, Alpecin-Fenix produced a stunning surge, derailing the QuickStep train and putting Philipsen into perfect position to secure the win.