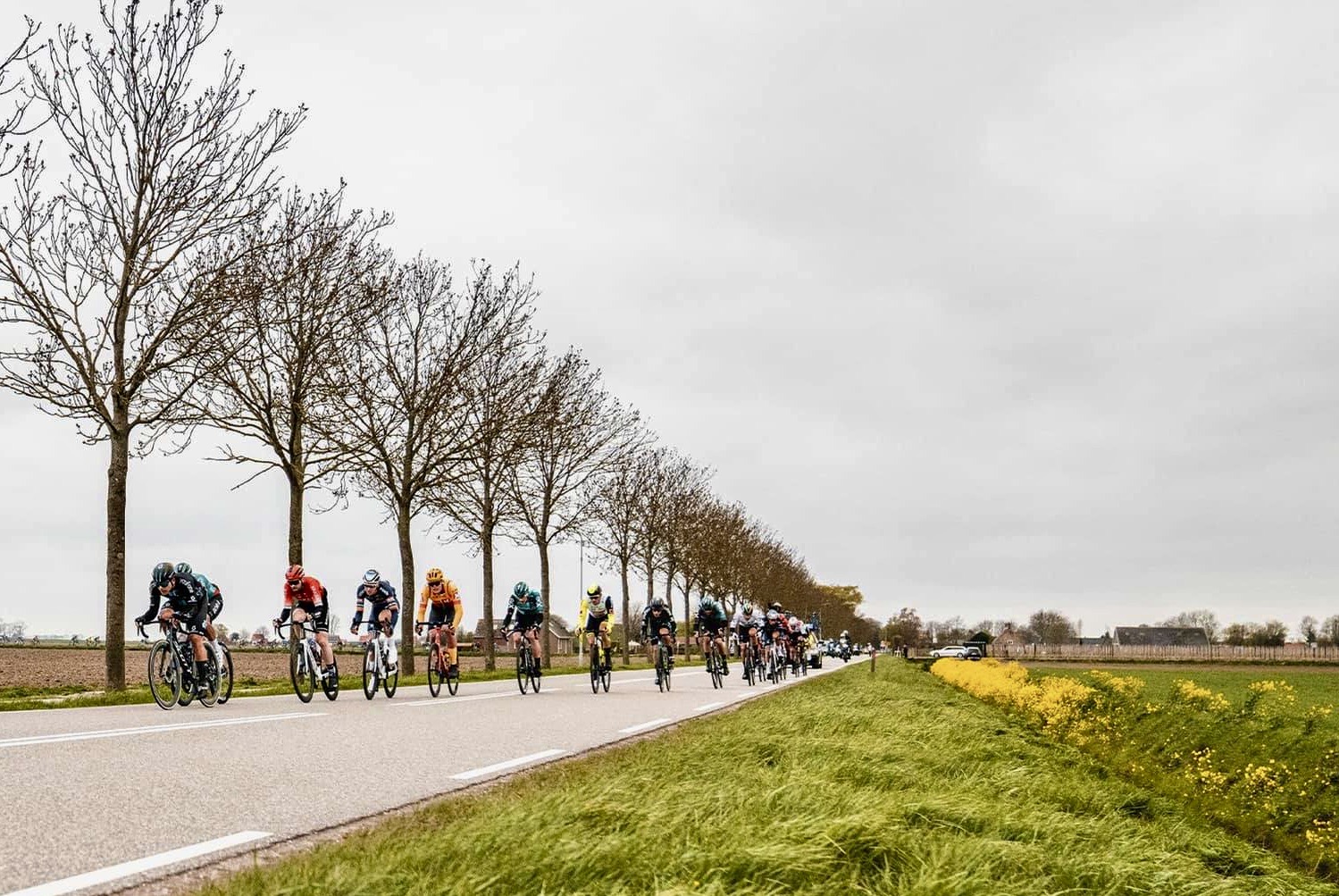 Alexander Kristoff (Intermarche-Wanty Gobert) triumphed in today’s Scheldeprijs, after the Norwegian rider launched an audacious late attack to seize a solo victory well ahead of the chasing pack.

Echelons came to form at around the 20km mark, splitting the peloton in half and leaving a number of race favorites behind.

Kristoff managed to get into the front group for Intermarche-Wanty Gobert, while Alpecin-Fenix had Jasper Philipsen and Tim Merlier up front as well, along with  BORA-Hansgrohe’s Sam Bennett, van Poppel, Jordi Meeus and Ryan Mullen – with Quick-Step Alpha Vinyl the big team to miss out.

Nevertheless, Quick-Step led the chase, but the front group of 14 riders managed to remain clear, bucking the trend for a bunch sprint.

The chasing group was soon whittled down in numbers, and with Quick-Step setting a brutal pace, the gap to the front pack came down to just 36 seconds. But, by the time Lotto-Soudal started came to the front, Quick-Step had plenty of weary legs, causing a brief impasse that allowed the leaders to extend their advantage back out to 45 seconds.

Bennett continued leading the front group, but with 51km to go, the Irish rider started to look weary, later dropping to the back of the group. Soren Wærenskjold also peeled off the front as the leaders crossed the finish line to begin the first of three laps around Schoten.

In the meantime, the chasing pack crossed the line over a minute back, marking the first time the advantage had stretched out that far, further sapping the chase group of its enthusiasm.

Bora-Hansgrohe seemed best placed with four riders in the lead group – although Bennett was still looking like he was short of his best form.

With 25km to go, the chase group sat up, as the leaders hit the penultimate cobbled track. But, once on smooth tarmac, a game of cat and mouse amongst the front group got underway.

Kristoff positioned himself towards the front as the bell rang for the final lap, with defending champion Philipsen also moving towards the front. Meanwhile, Bora-Hansgrohe didn’t take the bait with 12km to go, as both van Poppel and Bennett were still hanging off the back.

Van Uden (Team DSM) made the first significant break, gapping the group as Bennett found himself finally dropped over final stretch of cobbles, while the rest managed to reel van Uden back, prompting Philipsen to set a fast pace alongside his teammate Merlier.

Kristoff then executed his winning move, riding clear with his mouth agape as he dug deep.

Meanwhile, the chasers were too busy arguing, trying to conserve what energy they had left in their legs, allowing the Intermarche-Wanty Gobert rider to increase his advantage.

With 5km to go, van Uden was the first to try and hunt down Kristoff. But, there was catching him, as he later crossed the finish with arms aloft to seize the race victory for the second time in his career.

“I just wanted to try and see if I could get away and nobody followed. I felt good all day, and it’s nice to come in solo. It’s a special one,” Kristoff said afterwards. “I’m normally a bit of a slow starter but today I was ready from the start!”