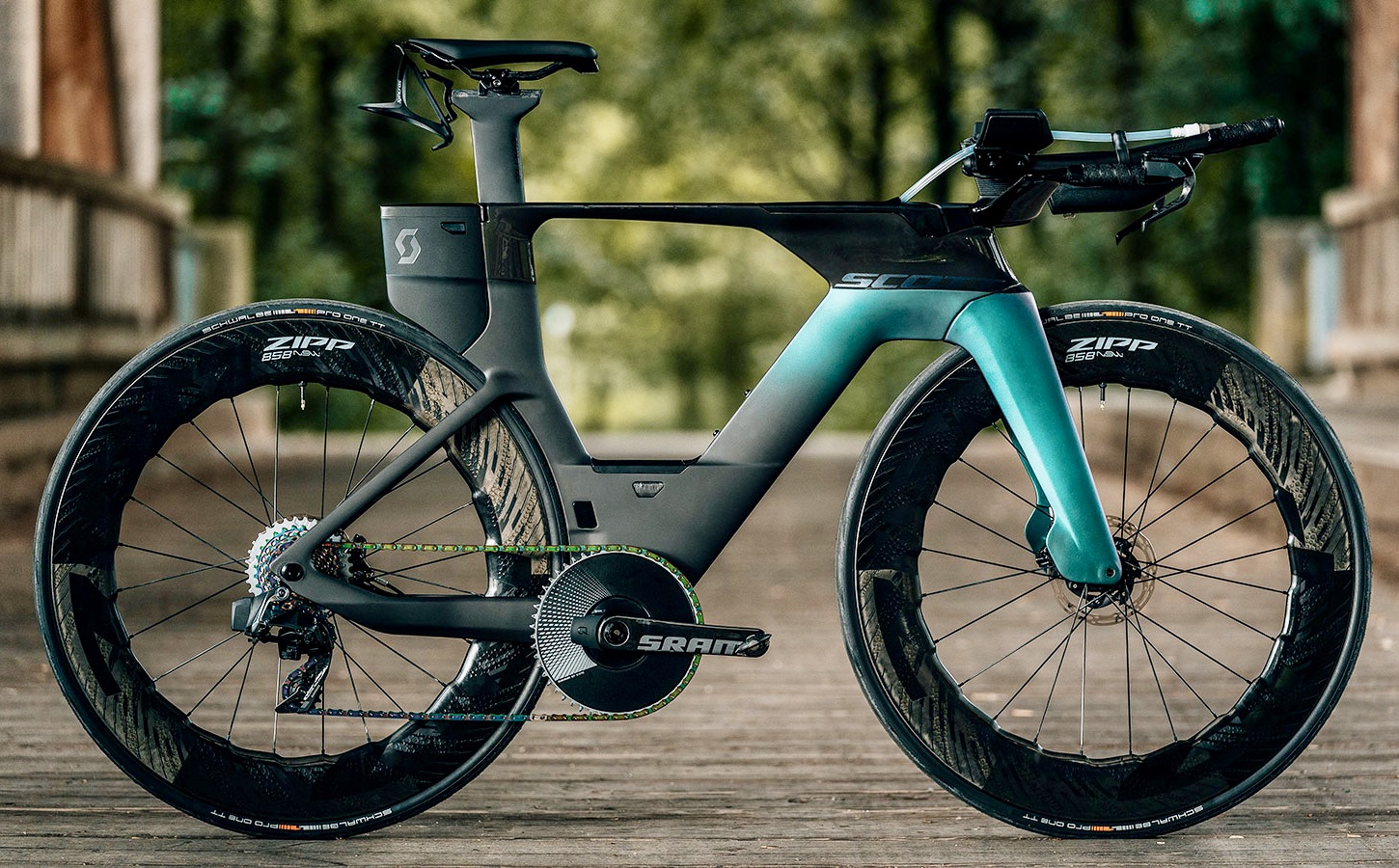 Scott has launched its latest triathlon/time trial bike called the Plasma 6, a thrilling exercise in aerodynamic efficiency aimed at beating the clock.

According to Scott, the Plasma 6 is the result of fours years of development, relying heavily on computational fluid dynamics and extensive wind-tunnel testing.

“The goal was to simply build the fastest bike the triathlon world has ever seen,” the Swiss brand claims. “It’s both more practical and aerodynamic. It’s also considerably more adjustable than the Plasma 5, which means I could try new positions. All of this showed as saved watts from the wind tunnel data.”

For the triathlete, the Plasma 6 provides copious amounts of onboard storage and integrated hydration, along with extensive fit adjustability.

In the case of storage and hydration, both are integrated into the frame and cockpit, which claim to allow the rider to drink and eat without leaving the aero position, while also making it easier to refill on the move.

The smaller sizes feature a 575ml bottle that’s housed in the massive headtube, while the larger sizes get more volume with a 620ml bottle. In addition, there’s 400ml gel bottle above the bottom bracket, a nutrition box attached to the cockpit, a large general storage box behind the seattube and mounts for two bottles under the saddle, while the storage box and seatpost have been created as an airfoil design, further reducing the bike’s aerodynamic signature.

As far as fit adjustability is concerned, the Plasma 6 is outfitted with the Syncros cockpit, allowing for a wide-range of adjustments, including height, extension angle, pad position and width. The saddle has an extensive fore-aft range of movement as well.