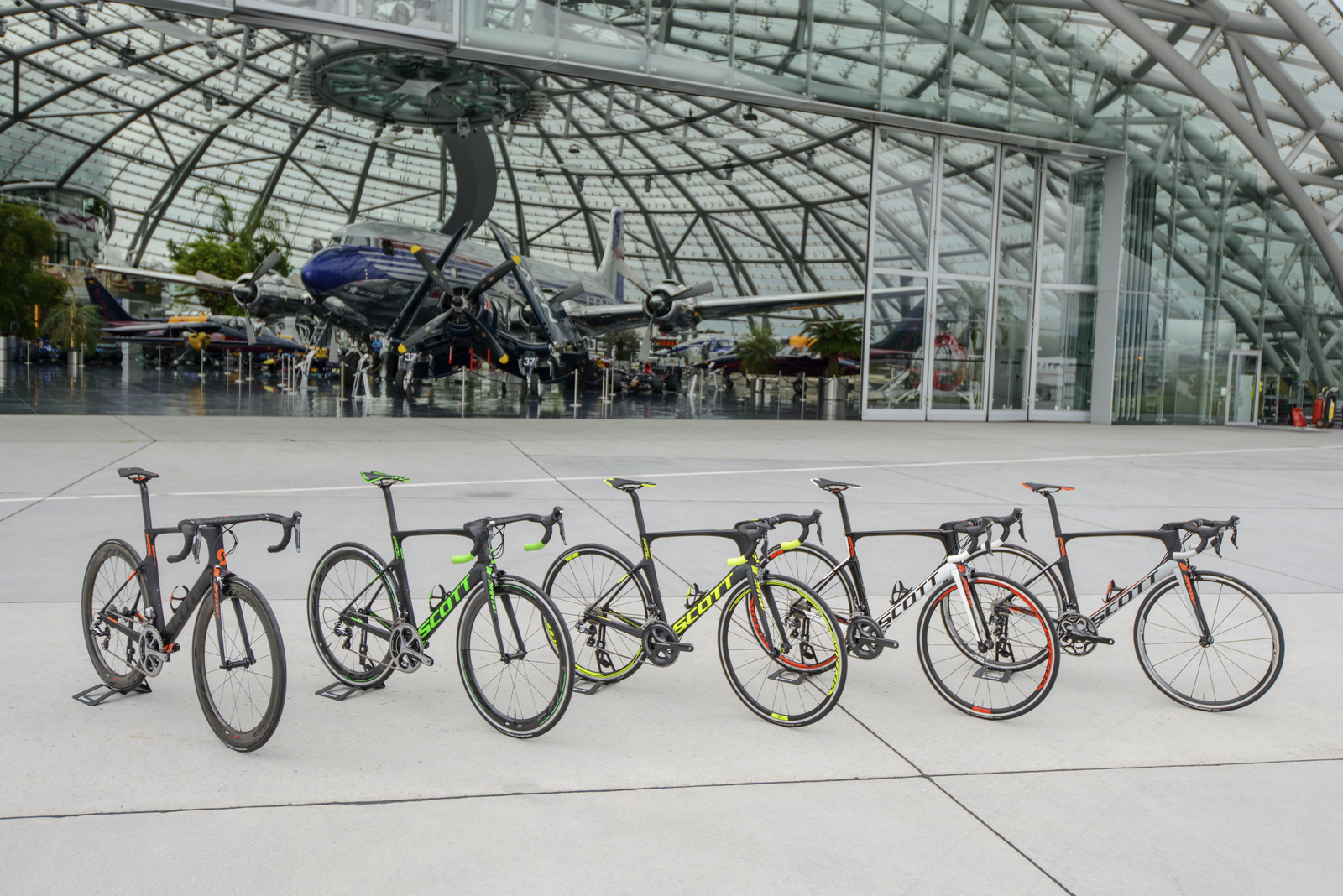 Scott unveiled its newly revamped 2016 Foil this week, which the brand claims is more aerodynamic, more comfortable, stiffer and lighter than its predecessor.

According to Scott, the new Foil is the culmination of two and a half years of development, boasting such radical features, as a new Syncros integrated stem and handlebar, which incorporates the use of aerodynamic spacers, as well as an integrated Di2 junction box, and a set of two different Garmin mounts to accommodate either an Edge 1000, 810, or 510.

In addition, the Foil’s head tube has also been completely redesigned, with the bearings being further spaced apart in order to utilize a narrower head tube – to the effect of better aerodynamics by way of less front-end drag.

Furthermore, the engineers at Scott, were able to cheat the wind some more, by tweaking the shape of the new Foil’s seat tube, while also moving the seat stays further down. Similarly, the same was done up front with the fork and down tube. In the end, Scott claims, these changes in tube profiles resulted in a significant reduction in drag. Oh, and there’s a built in carbon chain catcher as well.

Additional touches, include revamped cable routing, that now enters the down tube just behind the head tube, which once again equates into better aerodynamic properties, less material for a reduction in weight and cleaner lines.

Also, the new Foil has been given a 1 1/2” – 1 1/4” head tube with a 1 1/4” fork steerer, as well as a wider junction between the head tube and down tube in an attempt to improve front end stiffness and handling as well.

According to Scott these upgrades, along with some clever reworking of the Foil’s carbon composition in key junction points, has created a frameset that is 13% stiffer at the bottom bracket and 13.5% stiffer at the head tube than the previous Foil.

To address the issue of comfort, Scott decided to go with a very thin seat stay design. This was done in the name of better compliance, thus improving the new Foil’s ability to smooth out rough roads. However, in order to accomplish this, Scott had to relocate the rear brake to just below the bottom bracket. Again, this decision not only contributed to the bike’s comfort, but another plus mark in the area of aerodynamics.

Scott claims that all of the alterations, have resulted in a massive 89% increase in vertical compliance over the previous Foil, with the fork alone, adding an 11% increase.

For the “weight weenies’ out there, Scott claims a size 54cm tips the scale at a respectable 945g, with the fork weighing in at 335g.

In the end, Scott claims riders will save 6 watts over the old Foil, which might not sound like much, but that figure can add up over distance.

Pricing is yet to be announced, with an expected availability date sometime around October.