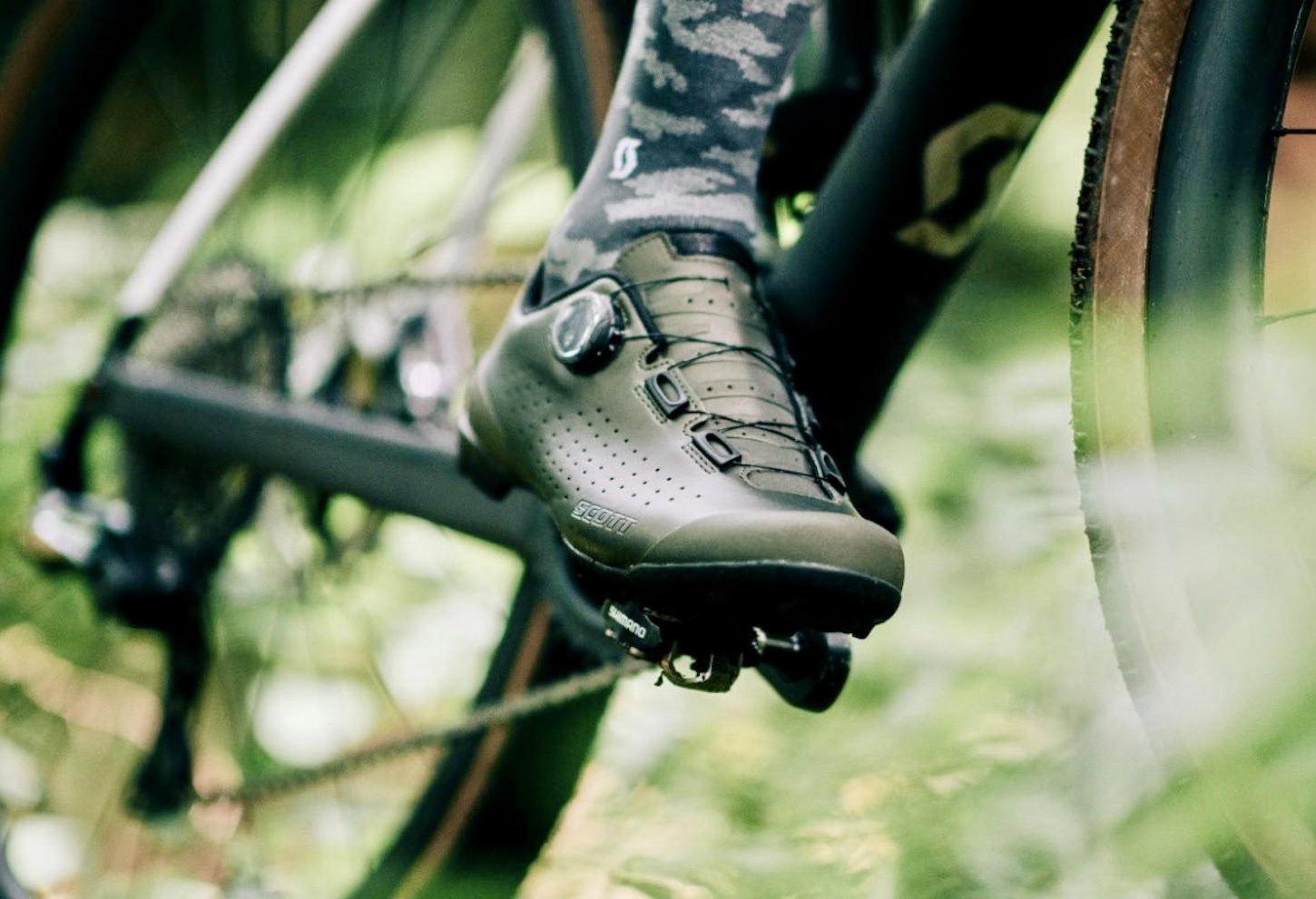 Scott has unveiled a new shoe for gravel grinders that’s aptly called the Gravel, blending the lightweight features of road kicks with the durability of mountain bike shoes.

The Gravel is offered in two guises, the Pro and the Tuned, with the former differentiating itself with a single BOA dial and a less-costly carbon reinforced sole, while the later features a twin-dial BOA set-up and stiffer full-carbon sole.

However, both models get Scott’s newly designed Sticki Rubber tread for enhanced grip when off the bike, along with uppers that are made of light, durable materials that are easy to clean, plus plenty of perforations for proper airflow.