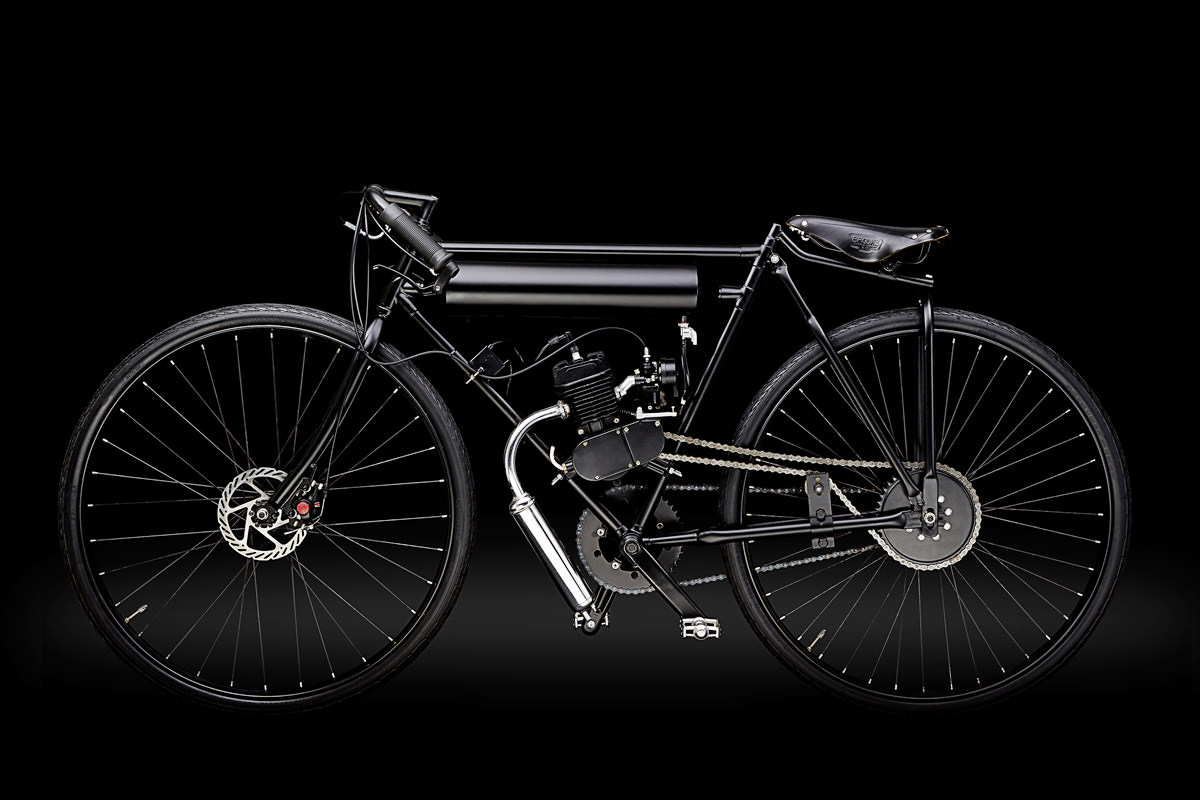 22 May 2017
By Campionissimo - In FEATURED ARTICLES, LATEST ARTICLES, THE DOUBLE DIAMOND

While the electric bike segment continues baptizing the cycling culture in the faith of “going green”, one company called Dicer Bikes has formed its own catechism, one that harks back to the days when single-engine, gas-powered motor bikes were omni-present in all things track racing.

Indeed, the Screaming Pigeon draws its inspiration from the American “board track” motor bikes of yesterday, featuring a single cylinder, gas-powered engine that’s mated to the classic Flying Pigeon bicycle, which was the main conveyance for every middle-class Chinese family during the 1950’s.

The Screaming Pigeon was conceptualized by Australian designer Brad Wilson, which begins life as a stripped down version of the original twin-handlebar Flying Pigeon.

From there, a 50cc, single cylinder motor that produces a mere two horsepower is added to the frame, along with a small fuel tank, connected to a traditional motorcycle throttle with retro style handgrips and reversed levers.

According to Wilson, despite its small motor, the Screaming Pigeon is capable of achieving speeds upwards of 40 mph.

Wilson describes the Screaming Pigeon as, “a little bit of East meets West.” “The bikes start life as an 1950s Flying Pigeon roadster, the kind you see old gents ride around on in Chinatown in Singapore. The attraction for me is the unique twin-bar frame: this becomes the focal point when designing a fuel tank.”

So far, Wilson has built only three prototypes.

What began as a project to alleviate weekend boredom and has grown into an on-going passion, turned business. A little bit of East meets West – blending a favourite 1950’s American pastime in hot-rodding, with a 1950’s cultural icon of China, the Flying Pigeon bicycle.

Inspired by the first motorcycles, the boardtrack racers of America, a single cylinder gas engine and a custom designed fuel tank are fitted to a men’s classic 28″ twin-bar roadster. Capable of reaching a top speed of 35mph, the original rod-brake system has been abandoned in favor of a front disc brake.

A series of Screaming Pigeons are currently in progress.