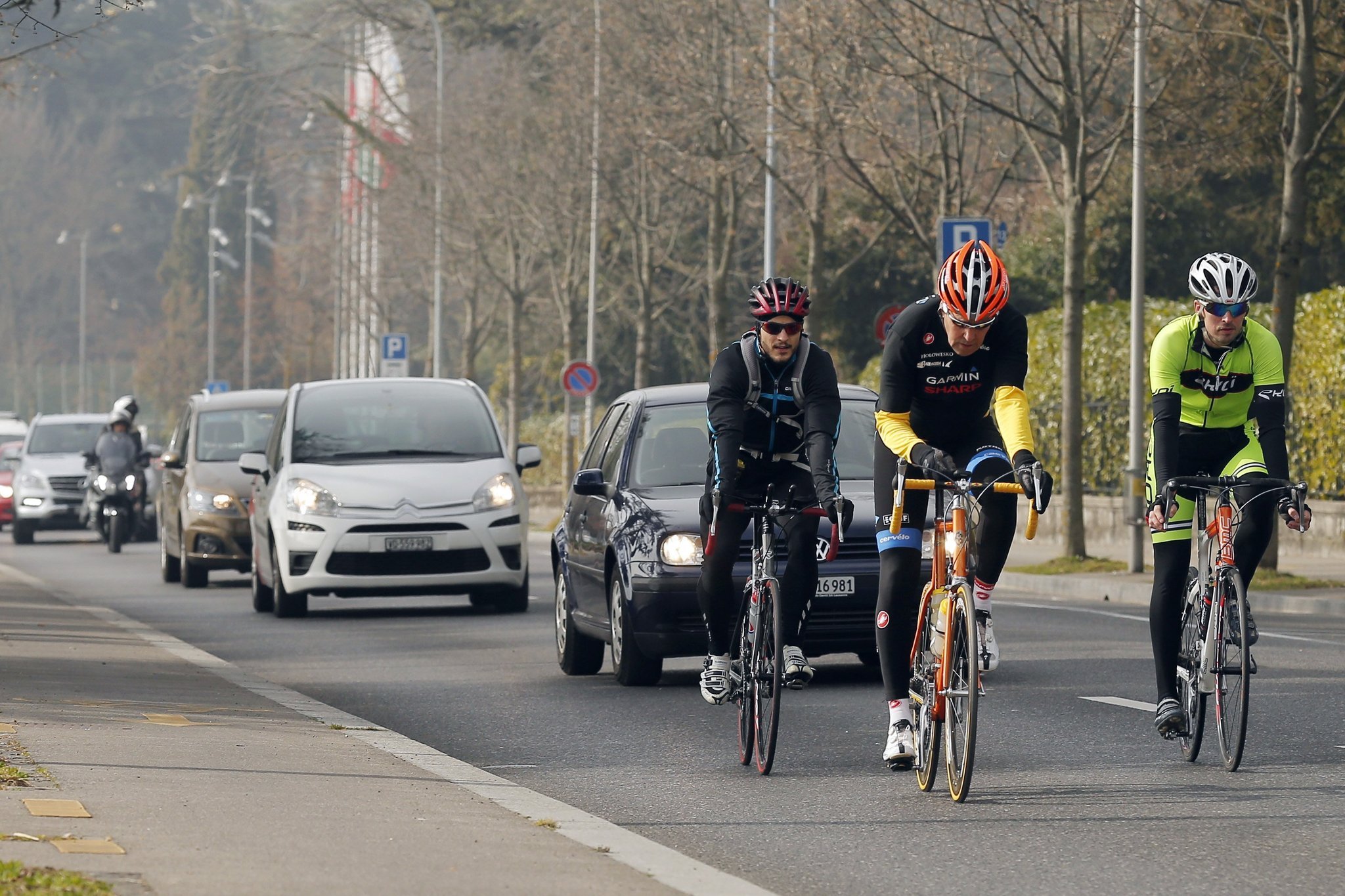 Apparently even foreign policy, sometimes takes a backseat to cycling. Especially, when you’re US Secretary of State John Kerry, who happens to be an avid cyclist. But, just as foreign policy talks don’t always unfold as planned, apparently Secretary Kerry’s bike ride incurred a similar “hiccup”.

According to a story in the Associated Press, the diplomat experienced a mechanical problem with his bike, while he was out on a jaunt in Lausanne, Switzerland this week.

Fast forward a few minutes later, and Kerry along with his entourage of security staffers and support vehicles, arrived at the door of local bike shop owner, Lionel Schumann of Sam’s Bikes, who was startled to see the American statesman standing there in all manner of lycra – needing a slight derailleur adjustment.

“He didn’t have a lot of time to talk bikes, but he speaks really good French and is super nice.”

According to the story, Schumann fixed the derailleur, with a couple of turns of a screwdriver and didn’t charge Kerry.

Schumann had admiring words for Kerry’s titanium Serotta too.

“It’s a really good bike, even if it is from an older generation,” Schumann said.

Kerry himself seemed in good shape, he added, venturing that the diplomat’s biking form was “not bad at all.”