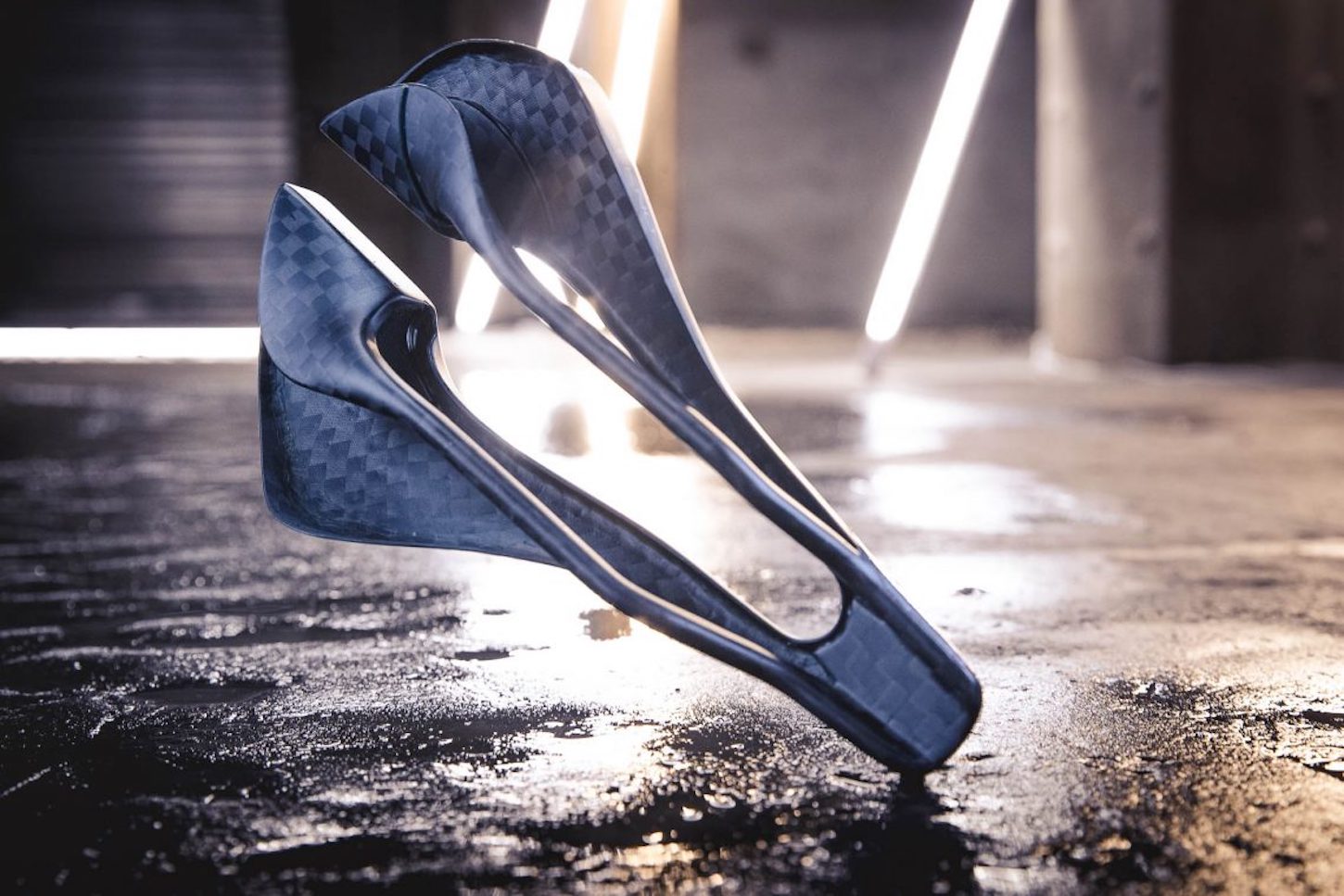 As a rider who suffered immeasurably from chafing in the past, needless to say, I tried virtually every brand of chamois cream and embrocation along the way, rising to the level of carnival grease in a desperate attempt to soothe my undercarriage to no avail.

After all attempts failed, I began experimenting with different saddle shapes and materials.

I must admit however, the initial transition from a padded saddle to one with no more cushioning than a railroad spike, was not an easy one. However, over time my beef cakes began to develop an endurance for a carbon saddle, and at one point it actually became quite comfortable.

That was nigh-on to twenty years ago. And, until this day, I’m still riding a full carbon saddle. And, yes the elevator still goes to the top floor.

Every once and awhile though, I’ll revisit a padded saddle. However, it isn’t long before my undercarriage revolts, and I quickly retreat back to my coveted carbon slab.

On the style side of things, I must admit how I admire the way the carbon saddle looks on my bike, and how it serves to shave-off quite a bit of weight as well.

I equally enjoy the reaction from other riders, who when they see it, inevitably ask the question – “how do you ride that thing”? –  to which I often respond, “quite dedicatedly thank you”.

There aren’t a lot of full carbon saddles available on the market. But, if you have the will (and the buns of steel as I said), every now and then a new model emerges.

For example, Selle Italia recently unveiled its new SP-01 Boost Tekno Superflow, which depending on the size weighs in at a feathery 105g to 110g.

Teaming up with the Italian F1 composite firm Dallara, the SP-01 Boost Tekno Superflow features Suspension Link Movement, a technology that allows for the independent flexing of the left and right sides of the saddle to more comfortably support the alternating movements of the rider’s hips while pedaling, while a large center cutout relieves perineal pressure and improves blood flow to the area, helping to reduce numbness or pain during long days in the saddle.

“The SP-01 Boost Tekno is designed to surpass futuristic paradigms, developing – in the world of bike accessories – the most innovative and exclusive materials already used in the top of the range automotive sector.  The result of continuous studies by Selle Italia in technology and materials, it’s the most futuristic full carbon saddle ever created by the Asolo-based company; the result of a genuine engineering project that combines the critical aspects of processing carbon fibrer with innovative and special technology called Suspension Link Movement,” says Selle Italia.

You better have plenty of lira to throw down, as the SP-01 Boost Tekno Superflow sells for a staggering $559.99.