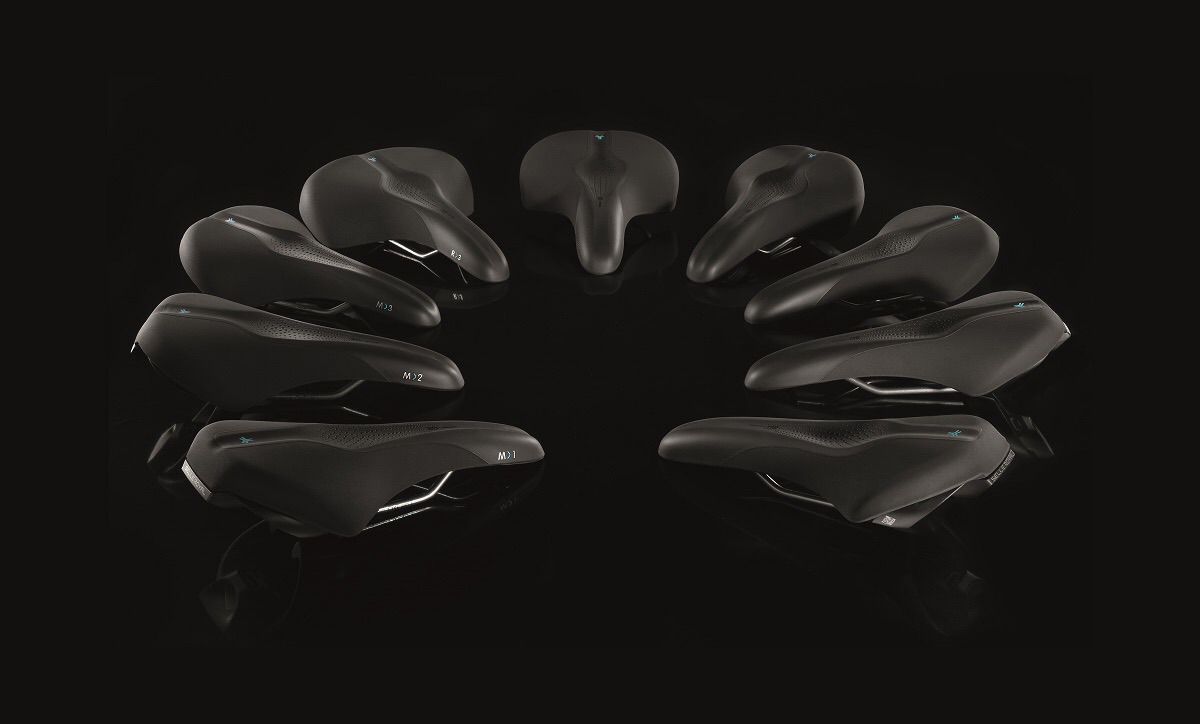 Selle Royal partnered with the Sport University of Cologne, to in their words, “to unmask the fundamental design characteristics essential to optimising well-being and overall cycling performance. The result is SCIENTIA, a full spectrum of 9 ergonomic saddles scientifically engineered to precisely and comprehensively fit each rider”.

According to Selle Royale, the team was asked to answer three questions:

During their research, the university measured the ischial bone dimensions of 240 male and female subjects, who came from various ethnic backgrounds. The data revealed, that female sits bones were between 9 and 17cm apart with an average of 13.04cm, while male sits bone dimensions varied between 7 and 15cm with an average of 11.58cm, however, there was significant overlap in ranges between the two sexes.

In addition, sixty-six subjects were asked to ride a static bike for 30 minutes with their torso at angles of 30, 45 and 60 degrees, while the pressure exerted on the saddle was measured using an array of 64 sensors.

From there, the researchers looked at weight distribution between different saddle shapes, and quickly determined that the nose of saddle needed to be wider than expected, in order to promote better distribution of weight. Moreover, the trend of having a central cut-out in the saddle was similarly discarded, as all it did was place more saddle pressure in other areas.

However, the research did reveal, that a strategically placed indent on the saddle, along with a slightly raised rear platform, aided in both a reduction in pressure and provided better support to the sits bones.

Selle Royale says, they in then took these findings to create a fitting system, which uses a test bench in combination with a gel pad, as a means of determining the width of a rider’s sits bones, thereby creating an impression of the sits bones/contact area.

According to Selle Royale, based on how upright a rider’s preferred riding position is, the data is then used to select one of its nine different saddle profiles.

You can lean more about the technology and Scientia range of saddles by visiting Selle Royale’s website at:http://www.selleroyal.com/en