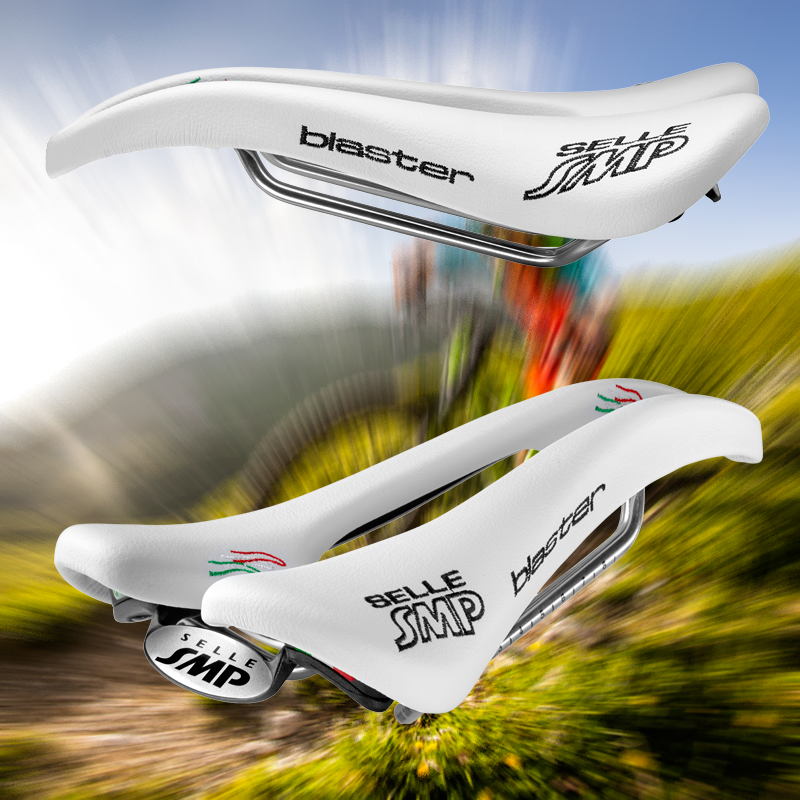 29 Sep 2016
By Campionissimo - In LATEST ARTICLES, THE DOUBLE DIAMOND

Selle SMP unveiled the latest in its range of ergonomic saddles during this month’s Interbike show, called the Blaster.

According to Selle SMP, the new Blaster is based on the their Composit saddle, but with the addition of slightly more padding that’s been uniformly distributed across the entire surface of the saddle.

The Blaster is available in a range of colors, to include Fluo Yellow and Light Blue for $260, along with optional carbon rails for $425.