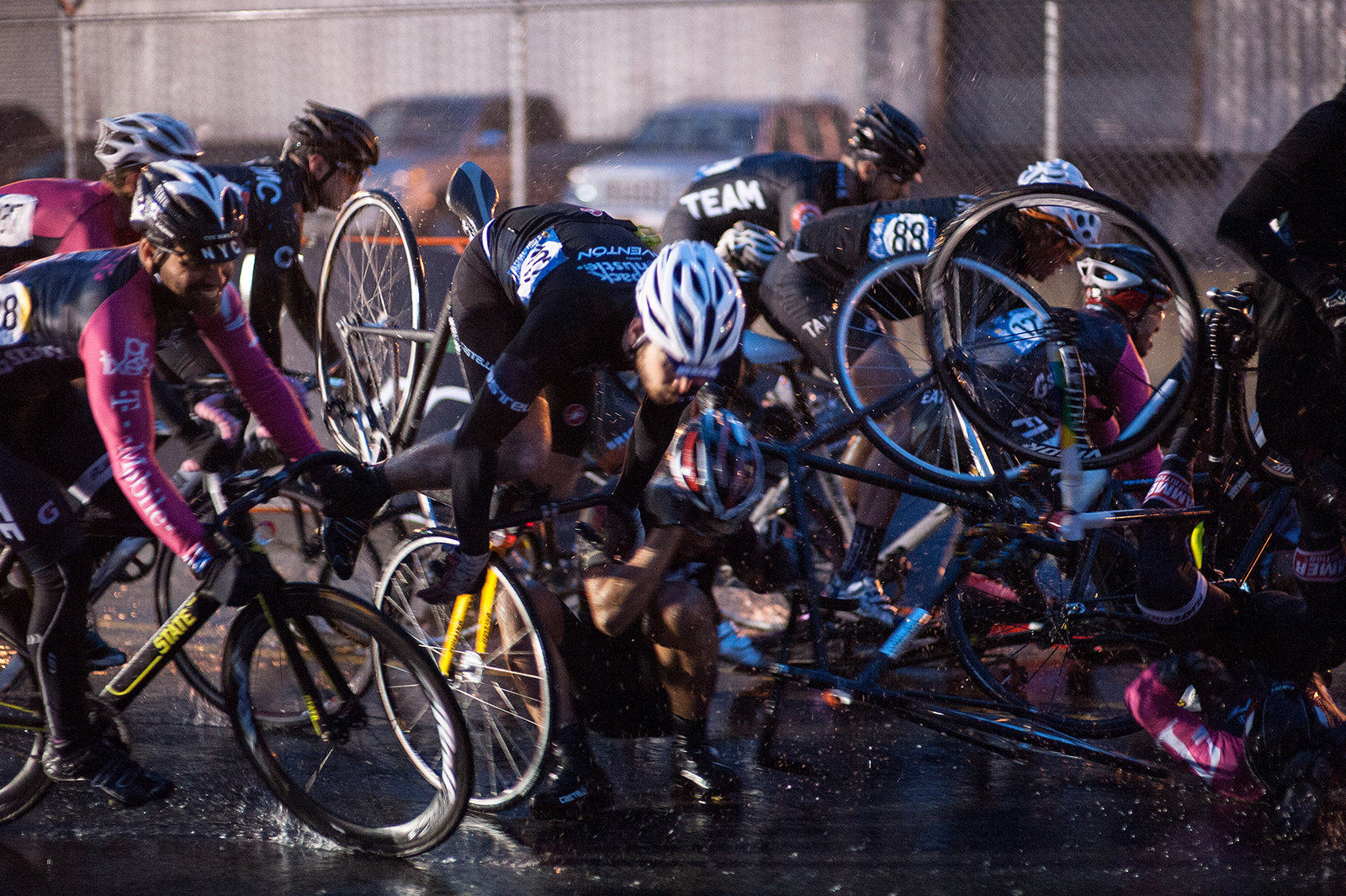 At least seven people were injured after a stalled race motorcycle caused a massive crash near the start of the last event at the Red Hook Criterium race in Brooklyn, New York yesterday.

“I went to the other side of the course when the crash happened, but saw lots of bloody people walking around,” said one spectator. “It was a disaster! Basically the motorcycle that rides ahead of the group stalled, and there was just a huge pileup of riders who couldn’t get around him in time.”

The videos show several angles of the crash, which was caused when the motorcyclist—who was supposed to ride ahead of the field—stalled at one of the tightest spots on the course near the start of the men’s final race. Dozens of cyclists went down in the ensuing pile-up; reporters at the scene said at least seven riders were taken to local hospitals with various non-life threatening injuries, although FDNY could not confirm the number immediately.

“I was there and they had to delay it for a hour since they needed 5 ambulances and the were at the hospital since of the crash,” one person wrote on YouTube.

“Everyone seemed pretty excited for the men’s race to start, but we couldn’t see the starting line from where we were, so when it didn’t start everyone was just kinda like, ‘WTF is going on,” said other spectator, adding that “it was a fun event despite the chaos.” “Then word started to spread around that there was a huge crash and it probably wouldn’t start for [awhile], so a lot of people started to leave.”

There were also several other crashes that occurred during qualifying events and the women’s race earlier in the day.

The Red Hook Criterium is an unsanctioned high-speed fixed-gear bike race that takes place late at night on the streets of Brooklyn. The event is not sanctioned by cycling’s governing body, USA Cycling, which provides medical insurance at sanctioned events.

Three years ago, 15-year-old Joshua Hartman was seriously injured when he crashed face-first into a metal crowd barrier, shattering his lower jaw. He ended up with medical costs of over $100K, of which Red Hook Crit founder David Trimble reportedly donated $1,200 toward, saying that Hartman had signed a waiver acknowledging the risks.

Other cyclists have spoken out about the courses being unnecessarily dangerous in the past as well. Organizers promised safety improvements after Hartman’s incident, though Trimble previously said, that “bike racing is dangerous,” but the accidents aren’t “too gruesome. That being said, there will definitely be some skin lost.”