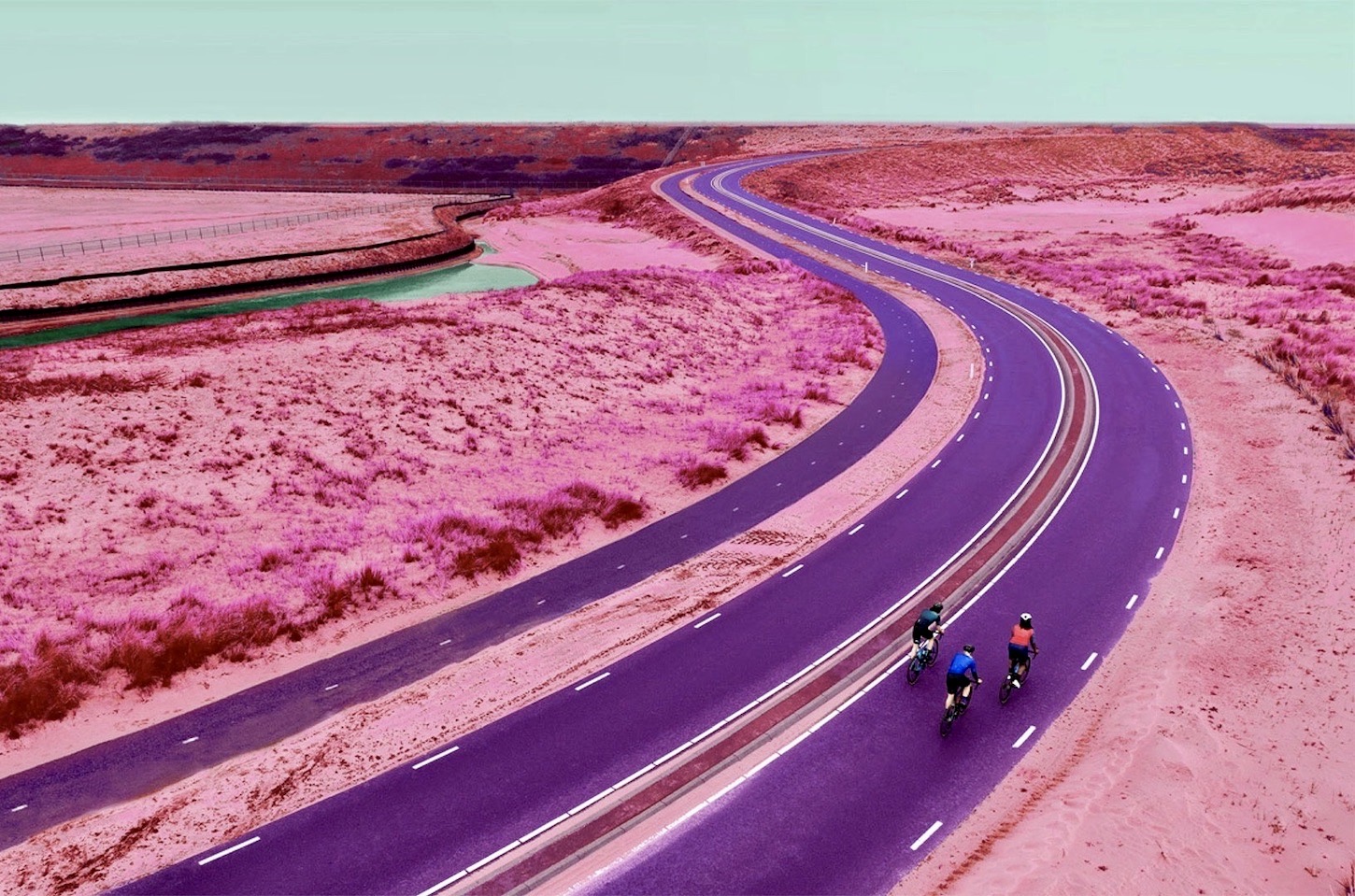 Indeed, the new 105 Di2 features the same electronics and 12-speed shifting as its more expensive siblings, as well as the same lever and hood ergonomics, while the crankset and derailleurs also bear a similar resemblance.

In keeping with the current Di2 offerings, the front and rear derailleurs are connected directly to the same internal battery, while Shimano was also keen to incorporate the same integrated battery charger and D-Fly wireless network into the new rear derailleur too, providing ANT+ and Bluetooth connectivity with most third-party cycling computers such as Garmin and Wahoo.

Additionally, the new 105 Di2 is also customizable through the the company’s E-Tube project app, offering riders the option to set up the drivetrain to their personal preference with adjustable shifting speed, shifts per button and the synchronized / semi-synchronized shifting functionality.

Stopping power has also been optimized courtesy of revamped calipers that are claimed to be quieter, more powerful and better controlled thanks to a 10% wider pad-to-rotor clearance and a lighter, smoother lever action with adjustable stroke for better modulation. Even better, Shimano says the new calipers can be bled without removing them.

However, the new 105 levers do miss out on Shimano’s Servo Wave pivot mechanism that alters the leverage ratio throughout the stroke of the lever, so modulation won’t be on par with the upper level groupsets.

Other cost limiting factors also include missing out on Shimano’s latest Hyperglide+ shifting technology and a less aerodynamic front derailleur, while a weight penalty of 360 grams over Ultegra and 560 grams over Dura Ace follows the new 105 Di2 as well.

Still, for $1,886.87 enthusiasts are getting many of the same trappings of the groupset’s more expensive brethren at far less cost.

Lastly, Shimano has seen fit to add two new tubeless-ready wheelsets to compliment the arrival of the 105 Di2 groupset, the C32 and the C46, which feature the same DNA as the brand’s more up-stream hoops for much less money.

Both rims are 21mm wide internally, and are equipped with Shimano’s cup and cone hubs and bearings laced with 24 spokes plus external nipples all around, which tip the scales at 1,607g and 1,511g, receptively.