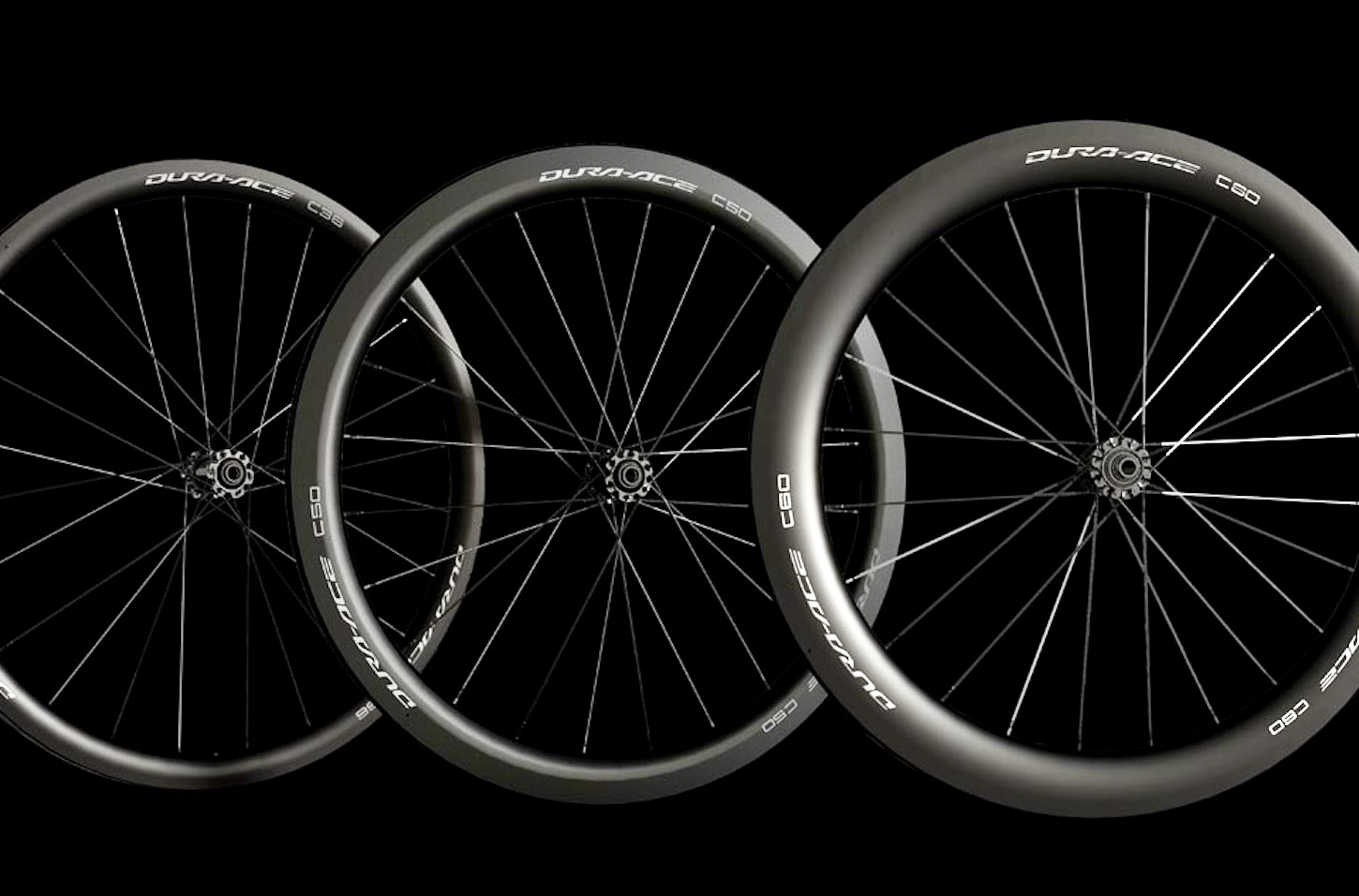 Following on the heels of its newly launched Dura-Ace R9200 semi-wireless 12-speed groupset, Shimano is debuting its latest set of carbon hoops that are specifically designed to work with the new drivetrain.

Available in a range of rim profiles that include 36mm, 50m and 60mm, the new wheels will be offered in both tubular and hooked-bead, tubeless-ready versions, with each rim featuring an internal width of 21mm that’s optimized for 28mm tires.

Other features include a 1:1 spoke pattern for the 36mm and 50mm wheelsets, while the 60mm uses slightly thicker spokes in a 2:1 pattern in order to increase rigidity by a claimed 10%.

As for the tubular variants, the company hasn’t provided any pricing or specs, other than the wheelsets will be offered in both rim and disc brake formats.

Pricing is as follows: