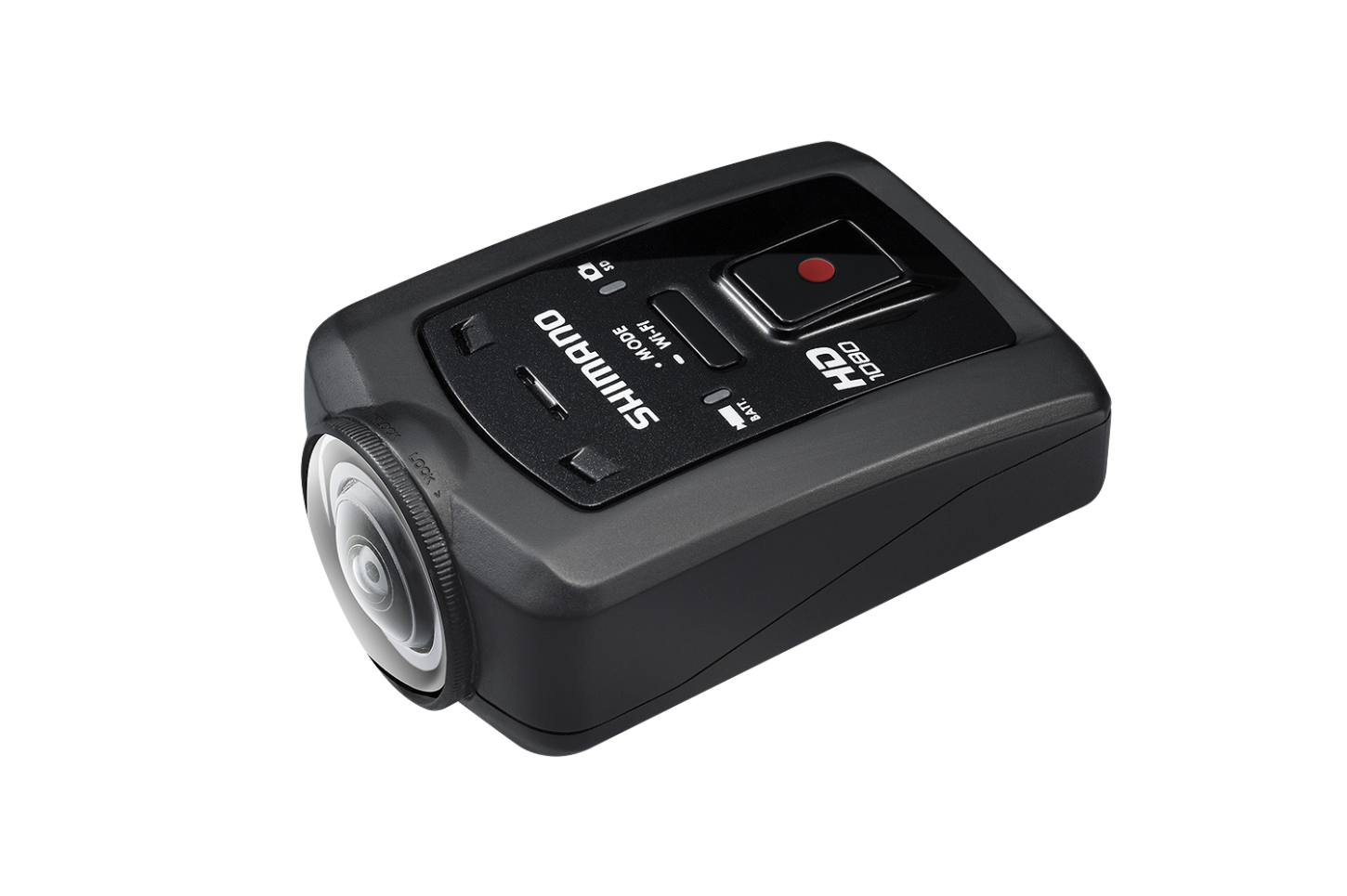 Shimano has announced updates to its CM-2000 and CM-1100 action cameras, with both models gaining auto-recording for capturing key segments of one’s ride.

Indeed, the CM-2000 and CM-1100 can now auto-record using ANT+ alongside a cyclist’s bike computer when surges in performance are detected through one’s power meter, heart rate strap, cadence sensor or speed sensor. Moreover, for Di2 users, the update can even auto-record when a cyclist is in a specified gear range.

In addition, the CM-2000 model can also be activated using smartphone GPS via Bluetooth, during times when a cyclist is riding without a bike computer but would still like to auto-record important segments of his or her ride.

According to Shimano, this action can be called upon manually, for example when a cyclist’s heart rate rises above say 150 beats per minute, or when speeds exceed 15 or 20 mph.

Additionally, Shimano says both cameras are waterproof down to 10m, as well as dust-proof, with the CM-2000 featuring a water-repellent finish to help disperse rain.

Furthermore, both cameras feature image stabilization, which uses a processor that’s capable of capturing a portion of the footage and holding  it steady for a cyclist to view.

Both the CM-2000 and CM-1100 can record at 1440p at 30 frames per second, while also allowing a cyclist to record at locations and times of the day – even during low-light situations.

Shimano has also included a new smartphone app that’s compatible with both iOS and Android platforms, which enables a cyclist to access a live view of his or her camera, control up to five separate cameras, and overlay ride data via ANT+.

Lastly, a cyclist can now edit his or her videos using a new editing suite that’s compatible with both Windows and Mac computers.

Shimano says, this feature allows ride data to be laid on top of ride footage as well.