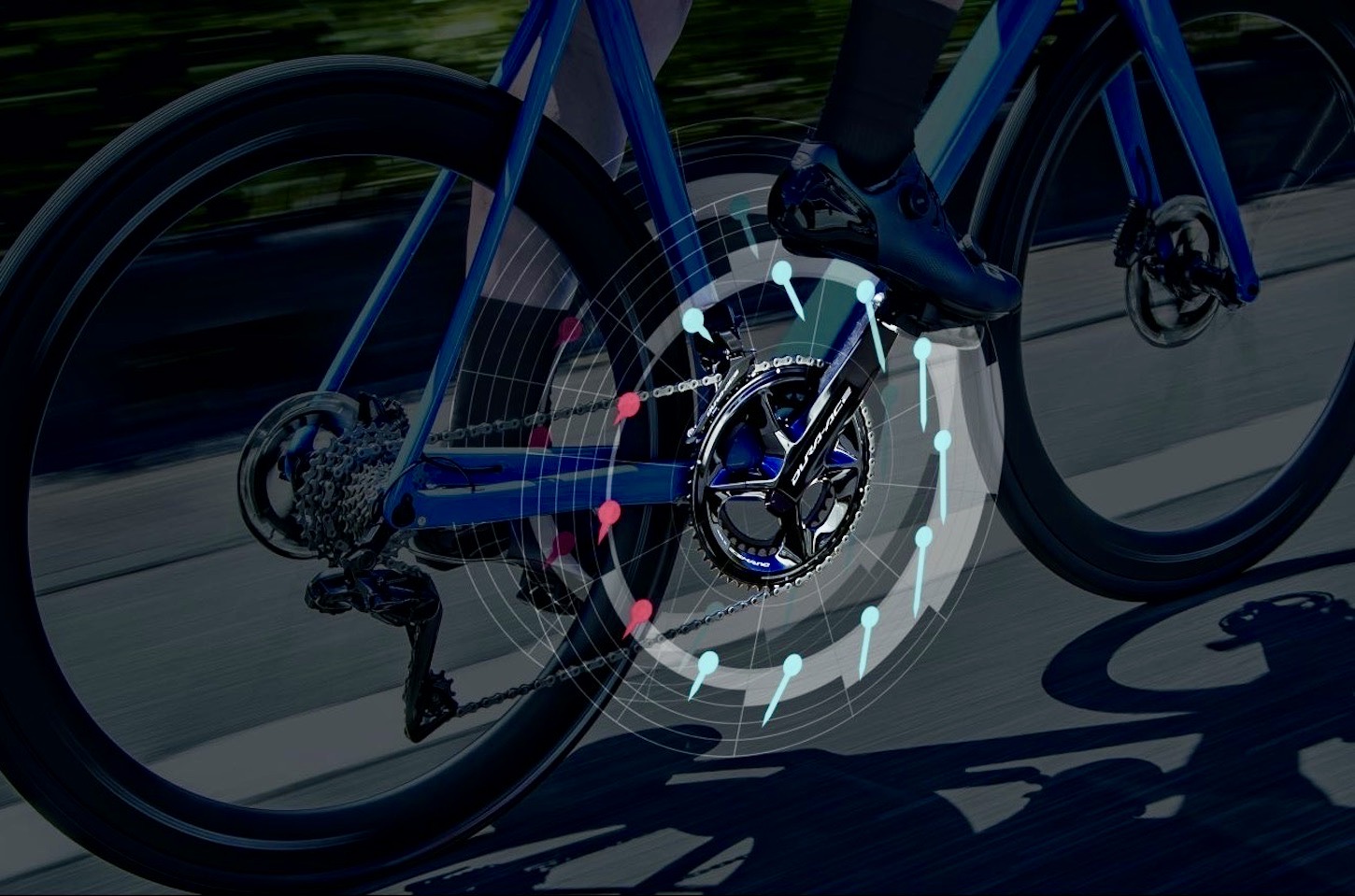 25 May 2022
By Campionissimo - In FEATURED ARTICLES, LATEST ARTICLES, THE DOUBLE DIAMOND

With the goal of enhancing its power meter technology, Shimano is offering a new firmware update via its E-TUBE PROJECT application, unlocking new features and functionality for the Japanese component giant’s Dura-Ace FC-R9200P and Ultegra FC-R8100P power meters.

Dubbed the Force Vector, the new firmware measures the direction and strength of pedaling force through the full crank rotation, while allowing riders to view theirs metrics in real time on Shimano’s E-TUBE RIDE phone app, on a Garmin Edge with Shimano’s own IQ App, or on a Wahoo ELEMNT head unit.

According to Shimano, Force data is displayed and recorded at 12 points throughout the crank rotation (every 30 degrees), on both left and right crank arms, which is transmitted with every rotation of the pedal. Depending on cadence, approximately 10,000 force measurements are recorded by the crankset and transmitted to a head unit every minute. This information is easily visualized in real time with a diagram on the head unit that displays forward rotation forces show in blue, while reverse rotation forces show in red.

By using force vector information in training, riders can identify inefficiencies in their pedal rotation, which can lead to better training methods and specific work toward increasing riding efficiency over time.

In addition to the live Force Vector display on compatible head units, riders can also examine and analyze their full data after completing their ride using SHIMANO CONNECT Lab via a connection to Garmin Connect, the Wahoo ELEMNT app, or the E-TUBE RIDE app. Moreover, with CONNECT Lab, riders can see the force applied throughout crank rotations and also see which portions of their ride required more power and how efficiently they produced that power.

Additionally, SHIMANO CONNECT Lab shows how much of the ride was in a sitting or standing position, and how many front and rear gear shifts were performed during the ride.

For more on Force Vector firmware, including display set-up and transferring ride data to SHIMANO CONNECT Lab, you can visit the SHIMANO Power Meter Technology page for your region: