A Short History of BMX Racing 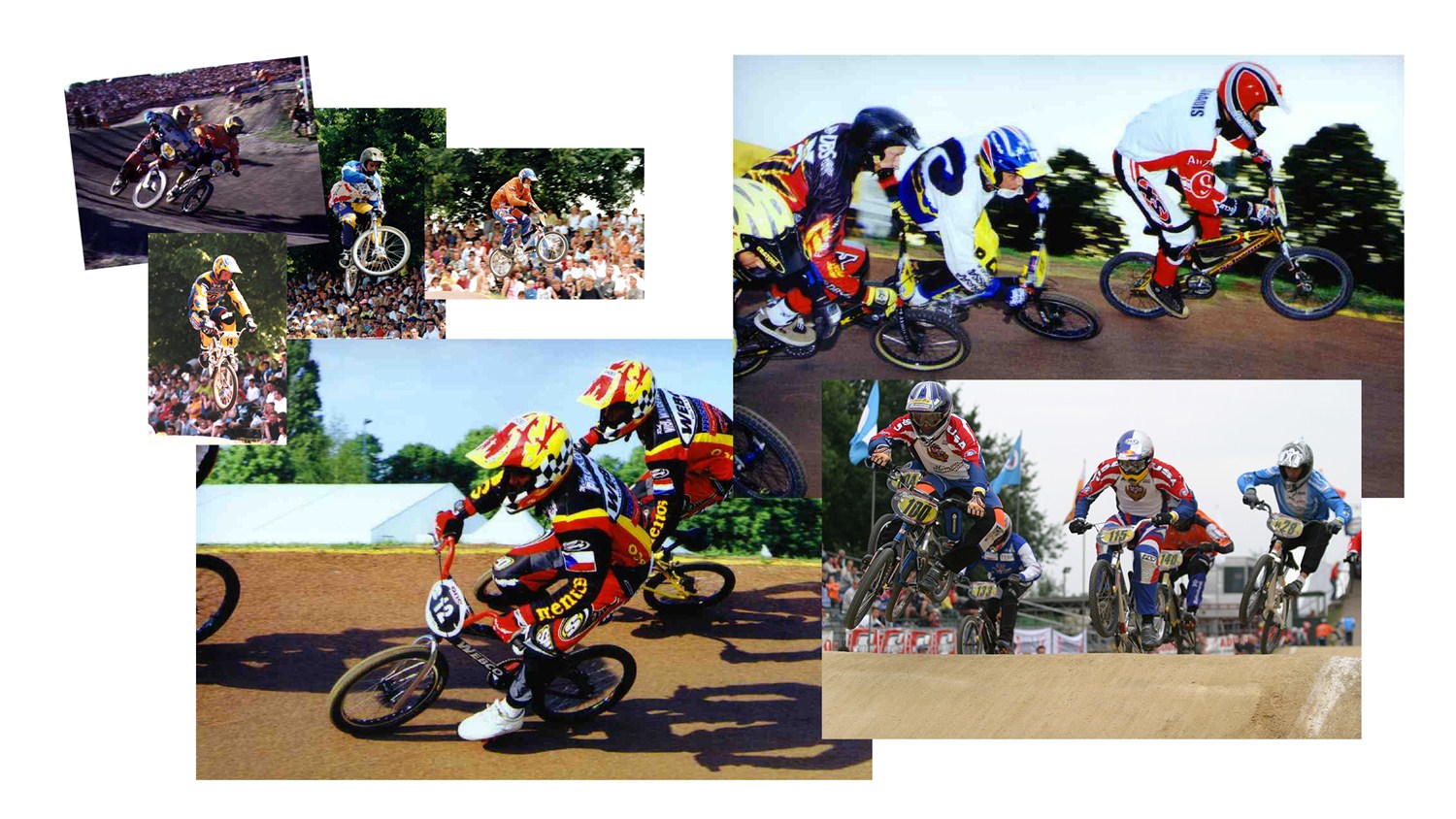 Bicycle Motocross (BMX) originally started when children began imitating motocross riders on their bicycles. Old bikes were used on roped off tracks with turns and jumps which gave the pedal powered fanatics a sensation of racing motocross. The number plates on the bicycle and the trophies at the finish line made it feel real.

Pictures and footage date back to the mid-1950s in the Netherlands where motocross racing was already popular. BMX was developed as a sport in the USA in the late 1960s/early 1970s, with youngsters taking their Schwinn Stingray bikes to improvised tracks all over California. Scott Breithaupt (1957-2015), often dubbed the Godfather of BMX, was instrumental in making this happen and the activity simply took off. Bikes were made stronger to resist the massive jumps on the downhill-style tracks. Motocross companies such as Yamaha, Kawasaki and Suzuki were now making BMX bikes.

In 1978, Dutchman Gerrit Does discovered BMX bikes while on a motocross trip to the USA. He found the bikes to be a perfect training tool for children wishing to get into motocross later on. One thing lead to another and Does started a bicycle organization the Netherlands called S.F.N. He was subsequently contacted by many other European countries and expanded the organization to the International BMX Federation (IBMXF). BMX racing took off. The movie E.T., released in 1982, helped boost BMX in many countries thanks to the young hero’s BMX bike and a popular BMX chase scene. As a result, every city had to have a BMX track. The sport was booming.

BMX continued to develop under the IBMXF, and many World Championships were held. It wasn’t until the early 1990s that BMX was integrated into the UCI, which launched a season-long UCI World Cup series in addition to the UCI World Championships. The ever-expanding and strong international character of BMX in both the male and female categories didn’t go unnoticed by the International Olympic Committee. In 2008 BMX was introduced into the Olympic Games in Beijing with Maris Strombergs (LAT) and Anne-Caroline Chausson (FRA) grabbing the discipline’s first Olympic gold medals.

BMX racing has been on the Olympic program ever since.