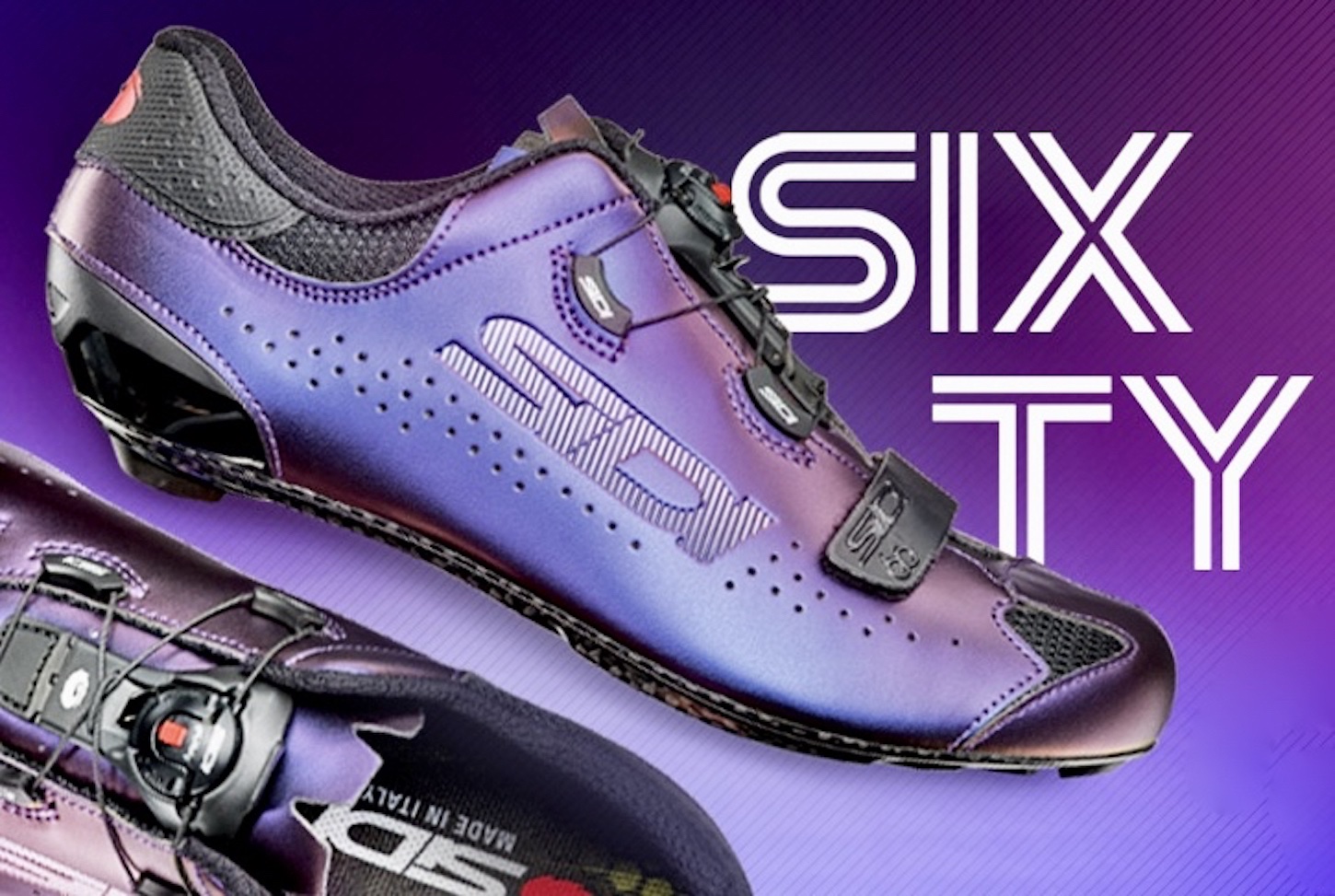 To celebrate the iconic 1980’s film, Back to the Future, Sidi has launched a special edition version of its Sixty road shoe that’s decked out in all manner of iridescence.

“It was 1985 when the first episode of the Back to the Future trilogy was released. In the movie the eccentric scientist, “Doc”, builds a time-traveling automobile – a DeLorean DMC-12 – a hardly known car that became suddenly part of the jet set of cult items. Just like the futuristic DeLorean, that can fly in a time tunnel, Sixty is a blend of details and innovative solutions such as our Tecno-4 closure system, that provides an ultra-precise fit, Being inspired by its trend-setting forerunner, the Sixty continues to be projected toward the future,” says Sidi.

“Light, performing and robust, the iridescent look of the new Sixty is a one-way ticket for a dazzling time-journey,” adds Sidi.