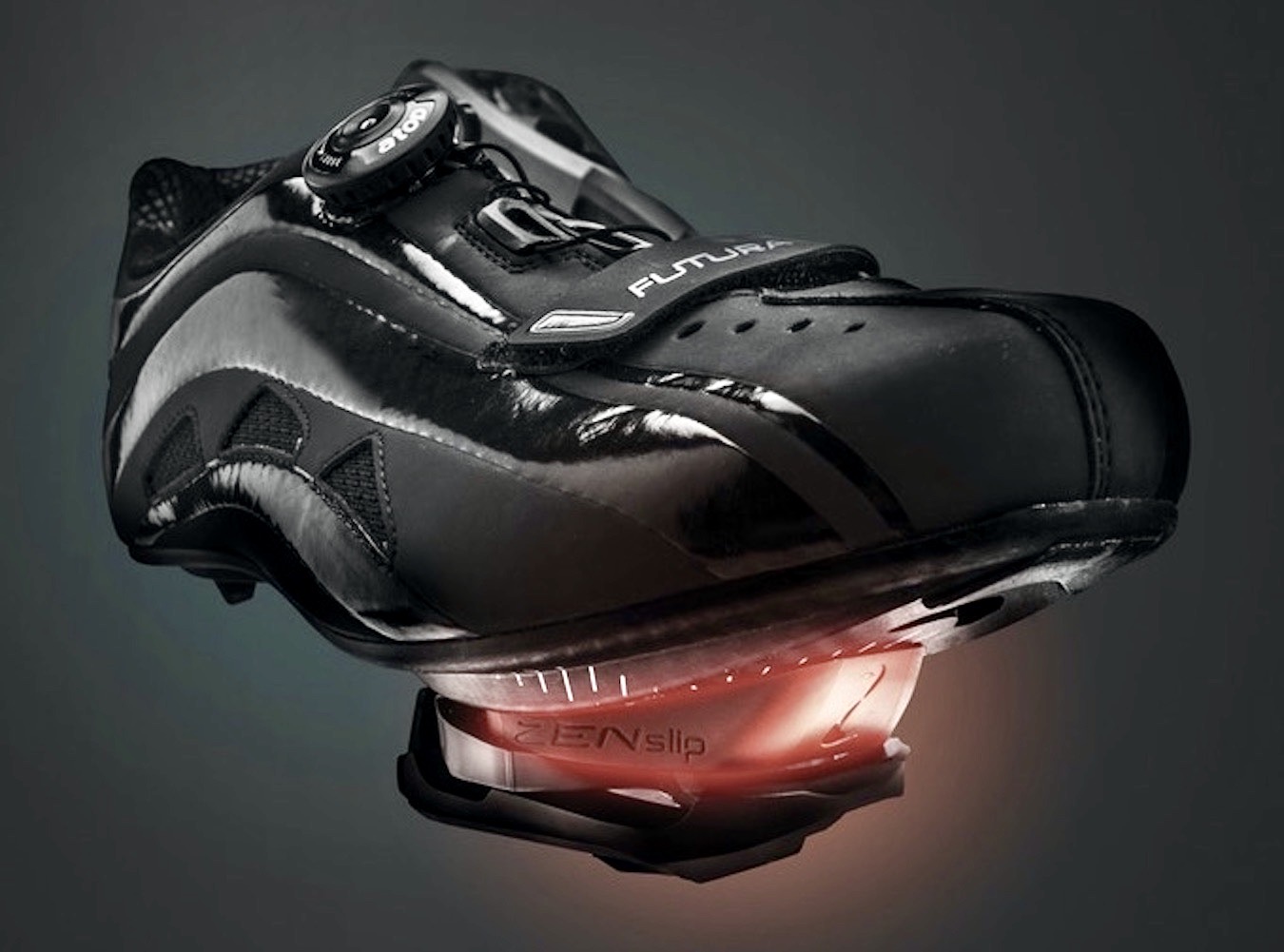 The Italian company Skopre has launched its latest ZENsystem Slip, a wedge system that claims to boost performance by 5% by eliminating the “dead spot” in a cyclist’s pedal rotation thanks to a better pedaling cadence.

“ZENsystem Slip are special wedged-shaped inserts positioned between the sole and the cleat, resulting in a real power boost, with no additional effort,” says Skopre.

“There’s a place in your pedaling cycle where the smoothness of the foot’s rotational motion has been lost. This is called the dead spot. ZENsystem Slip changes the direction of the vectorial push of the pedal stroke near the lower dead spot through the inclination of the pedal plane, providing a faster transition and therefore boosting your cadence,” adds Skopre.

According to Skopre, by placing the thick end of the wedge toward the front-end of the shoe, the result is a better positioning of the metatarsals for a more “fluid cadence”.

“Let’s say that in a two-hour training session averaging 85 revolutions per minute (RPM) you’ll do about 10,200 strokes. A few degrees of additional inclination of the pedal plane enables you to earn 5 to 7RPM which, over time, results in a 5% increased performance, especially uphill.This translates into 800 additional (pedal revolutions in two hours), gaining you about 30 seconds every 10 minutes,” explains Skopre.

The ZENsystem Slip wedge itself is made from plastic polymer that weighs just under 25g, which is said to be compatible with most road pedals, with installation requiring no additional accessories. Also, there are two sizes available, the Standard and Plus, to suit the size of most cyclist’s shoes.

Skopre has undertaken a crowd-funding campaign on Kickstarter, offering early-backers a special  price of £16 for the Standard size wedge, or £17 for the Plus.