Sky to End Team Sponsorship After 2019 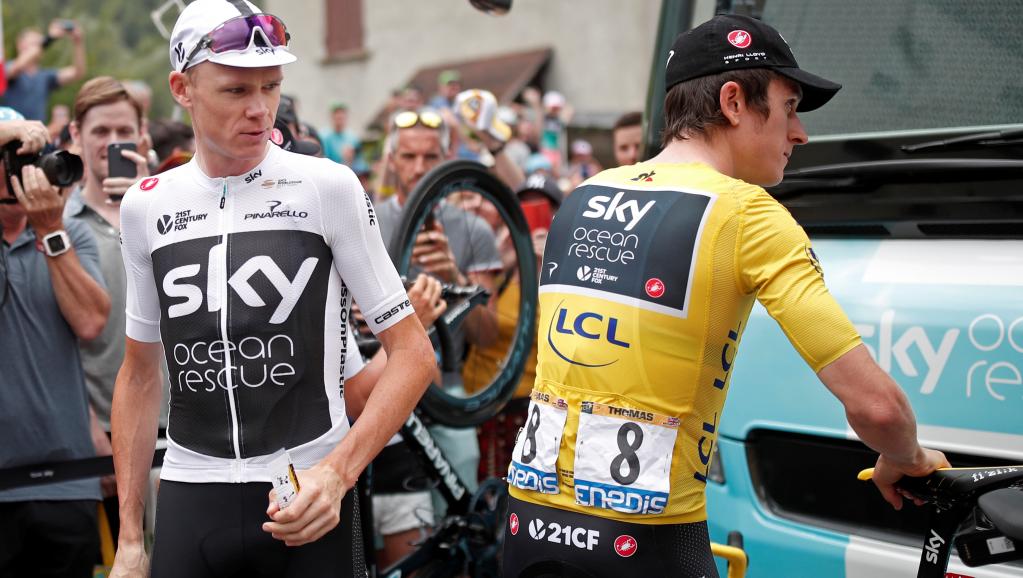 The future of Team Sky has been cast into doubt after its owner and sponsor, Sky media, announced today that it will end its involvement in professional cycling after the 2019 season.

The decision means the hugely successful team, which has won eight Grand Tours since 2012, will need to begin a search for another source of sponsorship for 2020.

“While Sky will be moving on at the end of next year, the team is open-minded about the future and the potential of working with a new partner, should the right opportunity present itself,” team principal Dave Brailsford said in a statement.

“We aren’t finished yet by any means. There is another exciting year of racing ahead of us and we will be doing everything we can to deliver more Team Sky success in 2019.”

Team Sky was founded in 2010 with an ambitious goal of securing a first Tour de France victory by a British cyclist within five years, a feat they achieved two years later when Bradley Wiggins triumphed in Paris.

Chris Froome claimed the first of four Tour de France wins a year later and became the first cyclist in more than 30 years to hold all three Grand Tour titles at the same time when he added the 2017 Vuelta a Espana and 2018 Giro d’Italia to his list of honors.

Earlier this year, Froome’s teammate, Geraint Thomas, became the third British rider to win the Tour de France for Team Sky, which has accrued a staggering 322 victories since its formation.

“The end of 2019 is the right time for us to move on as we open a new chapter in Sky’s story and turn our focus to different initiatives including our Sky Ocean Rescue campaign,” Sky Chief Executive Jeremy Darroch said.

In an open letter to fans on Wednesday, Team Sky said changes at the satellite broadcaster had played a part in Sky’s decision to withdraw from cycling.

Froome took to Twitter to thank “brilliant partners” Sky and said the team would do everything possible to survive once their main sponsor pulled out.

“I can’t predict the future but this is a really special team,” he said. “We plan to be together in 2020 if at all possible.”

“We will all be doing everything we can to help make that happen — in different colors with a new partner, but with the same values, focus and desire to win.”

“They (Sky) have been brilliant partners and it’s been an incredible journey we have shared together. They have helped me personally every step of the way and I will always be grateful for their support.”

Fox, which owns a minority stake in Team Sky, also confirmed that 2019 would be the last year of its involvement in cycling.

“We can’t predict what will happen from 2020 and there are no guarantees,” Team Sky said in the letter.

“Whatever happens, we will make sure there is clarity one way or the other about the future of the Team before the Tour de France next July.”

There will undoubtedly be questions from those who believe the brand has been irretrievably damaged by a string of high-profile controversies over the past two years.

Team Sky’s gravest problems came to light in October 2016 when it was revealed they were being investigated by the UK Anti-Doping Agency (UKAD) in relation to a mystery jiffy bag package delivered to Wiggins at the Criterium du Dauphine race in 2011.

When questioned by British Parliament’s select committee on Digital, Culture, Media and Sport, Brailsford insisted the package contained the legal decongestant Fluimucil but was unable to provide substantive proof.

In 2017, UKAD chief executive Nicole Sapstead revealed the team’s former medic, Dr. Richard Freeman, had not kept proper records of the prescription drugs he gave to riders. Investigators discovered Dr. Freeman kept all records on a laptop he claimed was stolen while on holiday in Greece in 2014.

A report by the committee following the enquiry was damning in its assessment of Team Sky.

The members of parliament determined that Team Sky had manipulated the anti-doping system to allow the administration of performance enhancing drugs in the lead-up to the 2012 Tour de France.

They said that both Wiggins and Team Sky had “crossed an ethical line”.

The team also had to defend its star rider, Froome, when it was reported he had returned an adverse finding to a doping test at the 2017 Vuelta a Espana, which he went on to win.

The urine sample indicated more than the permitted dose of Salbutamol, an asthma medication, in his system. However, an investigation by the UCI, cycling’s world governing body, said it was satisfied he did not return an adverse finding.

Despite brief respite from the gloom with a maiden Tour de France victory for the popular Welshman, Thomas, last summer, Sky executives admitted the past two years of their partnership have been more difficult than the previous eight.

But they insisted the cloud which lingers over the team was not the reason for terminating its involvement.

Team Sky was founded in 2009 and has always been led by Brailsford, who was previously performance director at British Cycling and led Great Britain to 38 medals over three Olympic Games.

He delivered on his promise of a first British Tour de France winner and Team Sky has transformed the professional cycling landscape.

But the 54-year-old also founded the team on an ethos of zero tolerance policy to drugs and total transparency and some commentators believe he has failed to deliver on that mission statement.