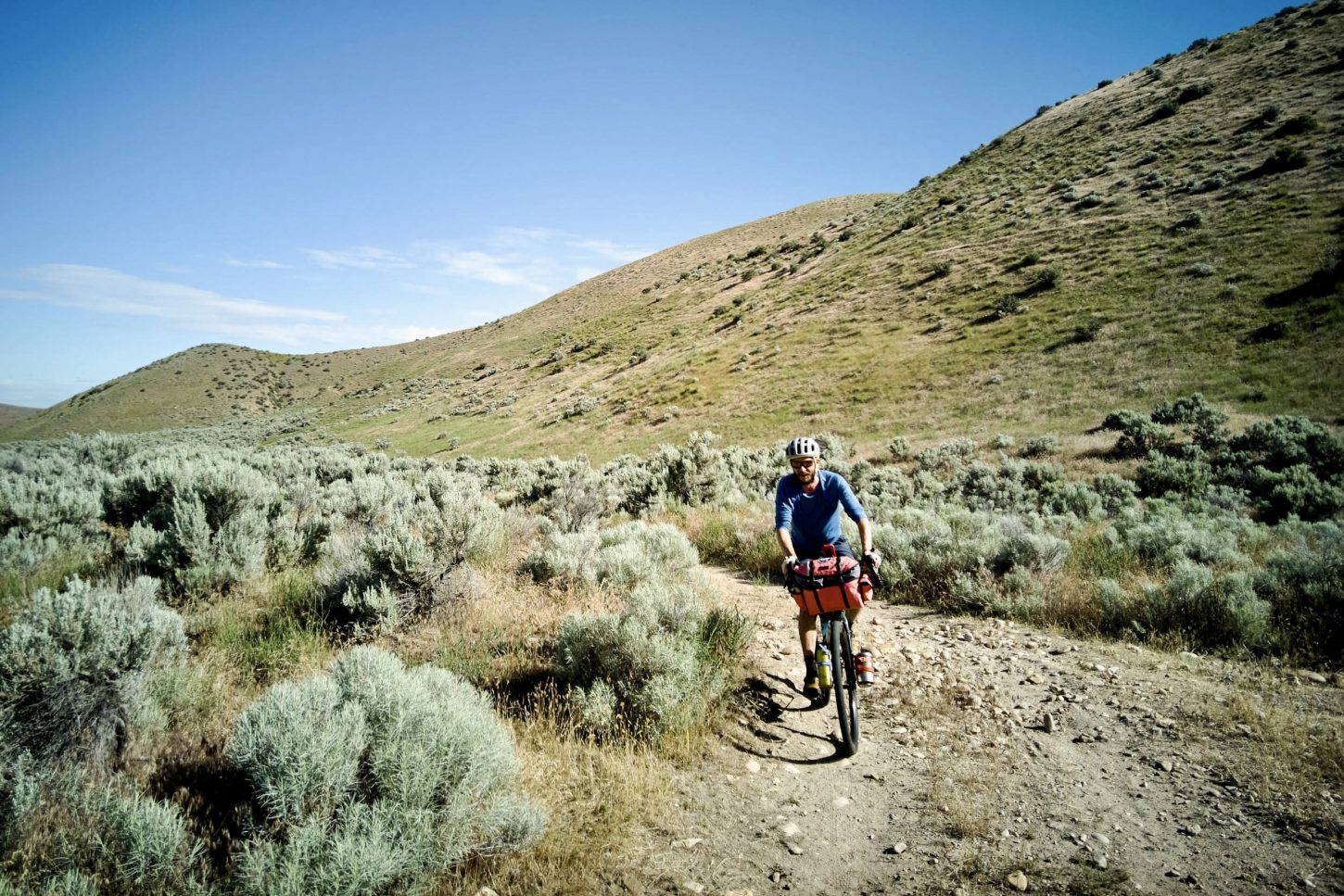 Documentary filmmaker Corey Hendrickson rode the Smoke ‘n’ Fire 400 bikepacking route in Idaho earlier this summer, where he shot this three-minute short that captures the route’s beauty and his experience of pedaling it with friends.

My wife said it sounded faintly cinematic, with our crew being made up of a farrier, a chemist, a foundryman, a teacher, and a photographer. She also said I was, yet again, setting unrealistic expectations for this crew of mostly forty-somethings. I laughed it off, but I knew there was truth in her assessment. We rode together last year on the VTXL, and I had mentioned that the one thing I had hoped for more of was “time around the campfire, just hanging out together.” I also knew there was something magical in the quiet moments, everyone fighting their own demons but working collectively to make it through the route.

We had an inauspicious start on the first morning in Boise. Despite having three (maybe four?) navigation units, we powered off together down the city streets going the exact wrong direction. I remember feeling bothered that my GPS was consistently sending us into traffic on one-way avenues, and later Brian admitted that he grew tired of the warning beeps and just decided to turn his volume off. Eventually, we were climbing up toward Bogus Basin and we realized our ridiculous mistake. A few miles later, now properly on the route and “making progress,” I had to stop again and tighten up both of my pedals as they began to dramatically wobble out of the cranks. It felt like a sign that we were supposed to slow down a bit and enjoy the moment. Somehow it worked, and before long, the small talk and bike paths gave way to the sounds of popping gravel. I had not been out west in years, and the smell of sage was flooding my head with memories.

After some hours, we were eager to shade up and put some calories back into the system. The excitement of hitting our first landmark, the Why Not, was quickly transformed into despair when we realized it was closed. Then we heard something; it was the owner yelling to us from somewhere, “I’ll let you in, hang on!” She must have heard our bellyaching. It was a special moment, heightened by dehydration and hunger, but I think we all felt like hugging her (we didn’t). We bought as much as our arms could hold and thanked her profusely. A few guys also took some of the free CBD oil samples near the register. The rest of the day, we traveled in an aromatic cloud smelling like Bengay or IcyHot.

I bought a huge avocado in Sun Valley. It took on a personality and I enjoyed showing it the flowing singletrack and grand views of the Harriman Trail. Eventually, it was replaced by a box of food at Galena Lodge. I tried to give it to another set of bikepackers, but they deemed it too heavy and unwieldy. Thankfully, a woman nearby overheard our bizarre negotiations and admitted that she loved avocados and would gladly take it. Problem solved.

After stuffing a raft of pancakes and numerous side dishes into ourselves at Red Lake Lodge, we had to say goodbye to Greg, one of the members of our group. His knee had been in distress since the day before and it was clear that he needed to abandon the route. It was not an easy decision, but it felt like a smart choice. The remaining four of us hit the singletrack, and there was a strange absence in the group for a little while. It was a reshuffling and a loss, but we were able to move quickly again.

Later, there was a huge descent and we found ourselves on the road, a bit more exposed, and the heat was intense. Then we hit a headwind and it got challenging. Wade did a huge pull and the Subway in Garden Valley could not have appeared at a better time. The air-conditioned space felt incredible, quickly drying out our salt-crusted clothing and seeming more oxygenated than the outside world. It was like a cyclist space station, but with incredible taxidermy and endless sandwiches. In retrospect, this moment is the one I wish I had captured more of, but I was fried and struggling. I knew we had a ways to go before camping and needed to get the blood sugar back up. The next section was called “Mordor,” and we would come to appreciate the apt description.

After enjoying cold drinks and more cheap calories at Donna’s Place, we finally hit Bogus Basin. We rode right into some sort of music festival. It was loud and crowded, but the vibes were fun and so we sprawled out with some burritos and cold beverages. The descent into the valley toward Boise was fantastic, full of hairpin turns but most importantly all downhill. Our group split up a bit, everyone beginning to process our return to the world. Brian and I passed by a lemonade stand and ended up having a great conversation with the parents of the kids running it. The entrepreneurial children eventually folded up shop and headed inside when it became clear we were out of cash.

We rattled on about the route and neighborhood for a few more minutes, but I knew the trip was only a mile or so from being over. A few blocks later we got to the hotel, and it was filled with anime characters. Wings, fur, make-up, and all manner of costumed creatures walked around us as we struggled to check-in. It’s always a bit strange to come back into normal life after a journey, but this was just an exceptionally strange way to end our trip. It was as if we had ridden our bikes into a completely alternate reality, not one that I recognized or felt easily able to communicate with. I was already missing the quiet refuge of my tent.

Corey Hendrickson is a documentary filmmaker and photographer who lives in Middlebury, Vermont, with his wife, two children, and two cats. When he is not behind a camera, Corey can be found exploring with his kids or else cycling some forlorn class IV road. He is currently working on a feature-length film about food insecurity in Vermont. To see more of his work, please visit CoreyHendrickson.com.