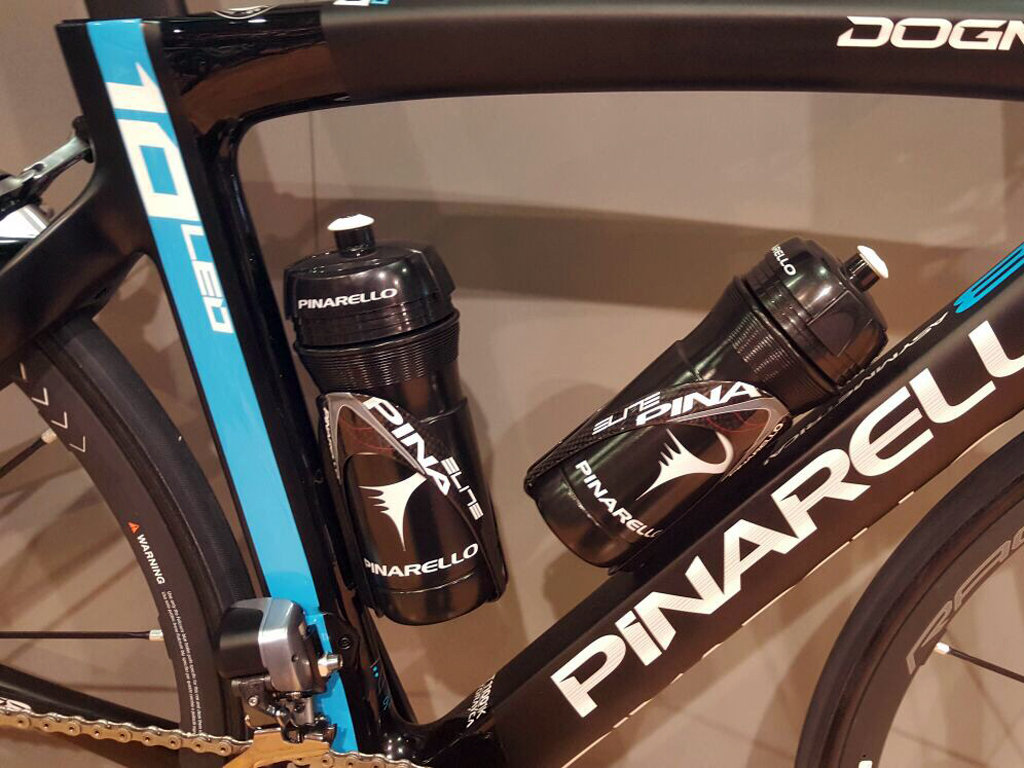 Messi was presented with the bike at Barcelona’s training facility by Team Sky principal, David Brailsford, and no other than Fausto Pinarello, chairman of the icon Italian bike brand.

In addition to Team Sky’s inimitable colors, the bike was also customized with the inscription “Leo 10”, along with the Argentinian flag.

Messi, a long-time cycling fan himself, was said to be very taken back by the bike, especially its electronic Shimano Di2 groupset.

Sir Dave Brailsford and Pinarello president Fausto Pinarello have jetted over to Spain to present our most famous fan Lionel Messi with a personalized DOGMA F8 bike and Team Sky jersey.

The pair made the trip to FC Barcelona’s Ciutat Esportiva Joan Gamper training facility and met up with the likes of Neymar, Dani Alves and Luis Suarez before Messi was awarded with two very special gifts.

Messi – who is considered by many as the best footballer in the world – was delighted to receive his fully-customised kit, and is now the envy of his Nou Camp team-mates.

The four-time Ballon d’Or winner was unable to take a ride on his new bike right away as he is recovering from a knee injury, but expect to see him hitting the Catalan roads in the weeks and months to come.

It was Team Sky mechanic David Fernandez who brought the presentation about. Fernandez and Messi share a mutual friend who asked about the possibility of getting Lionel a bike. Fernandez – a huge football fan – contacted Pinarello and Rapha immediately, who were both more than happy to provide the gifts.

Both companies went beyond the call of duty. Pinarello provided a custom paint job to the F8 frame with Messi’s nickname and squad number embossed on the top tube, seat tube and forks, while

Rapha printed the same details onto his sleeve as they do for our own staff and riders.

The 28 year old has followed cycling for a number of years and chatted about how he particularly loved watching the Tour de France mountain stages.

Messi was interested in learning about the science behind the bike, and how Team Sky’s rigorous training programme compared to his own.
We can’t wait to see him using his kit and flying the Team Sky flag both in Spain and his native Argentina!