Some Things Never Change in the Corporate Structure of Pro Cycling 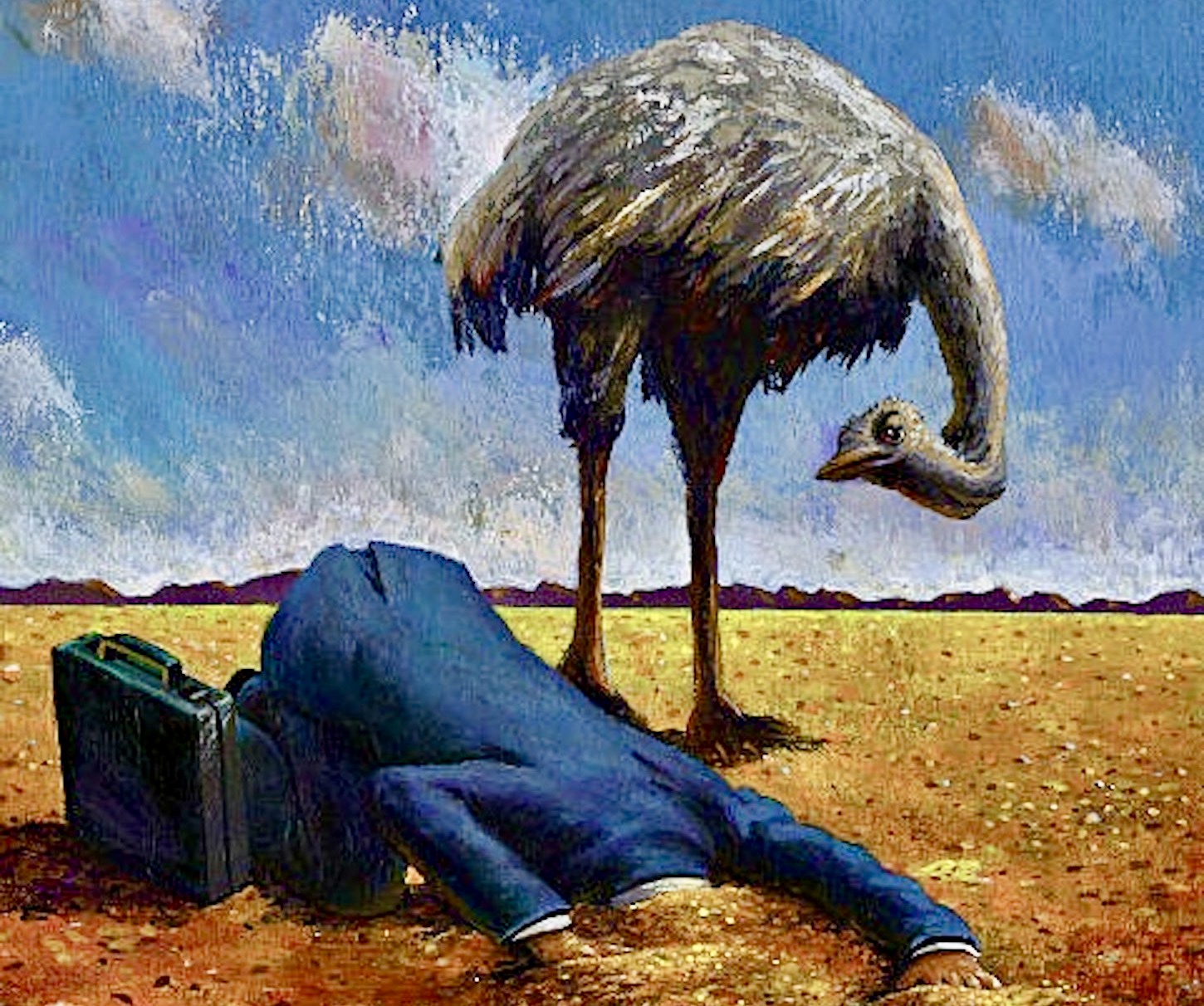 Every historical attempt or plan to expand, diversify or modernize pro cycling – and there have been many – inevitably bump into the same hurdle, some would say brick wall. The so-called breakaway league,  the efforts of Cycling 2020, Change Cycling Now and other initiatives a decade ago, through the Rapha Roadmap a few years ago, the on-going efforts of Velon and other more recent ideas, have proposed new ideas to grow the fan base and revenue potential of pro cycling. And all of them have two major things in common: none have really been successful, and they’ve all run headlong into stiff resistance from the Amaury Sport Organisation (ASO). The ASO has, for almost three-quarters of a century, operated the Tour de France, and many of the other most valuable assets in pro cycling. Owned and rigidly controlled by the reclusive and media-shy Amaury family of Paris, ASO is widely-recognized and feared as the 800-pound gorilla of professional cycling, though its inner workings and motives are opaque and largely hidden from the public.

Through its ownership of the Tour, as well as Paris-Roubaix, the Dauphine, the Vuelta a Espana, and Liege-Bastogne-Liege, ASO controls a lion’s share of the primary events in the sport, generating in excess of €200 million per year in revenue. The ASO also owns a range of other sporting events – most notably the Paris-Dakar rally and the Paris Marathon – but the Tour de France is acknowledged to be its primary source of revenue. With its lock on these events, the Amaury family has been able to comfortably withdraw consistent dividends from the company – most recently on the order of €30M per year – and has gained a widely-recognized reputation for resisting change and its desire to maintain the status quo in cycling.

The historical stand-off between ASO and the rest of pro cycling is pretty simple. By considering new initiatives like revamping the calendar, consolidating TV coverage, increasing athlete input or considering modern league structures, there is a broad consensus that the sport of cycling could be grown substantially. ASO’s position, however, has been steadfast and clear. It has aggressively guarded its king-sized slice of the current cycling “pie,” and is hostile to any new or significant structural changes in the sport – even though it is clear that the company would still retain the dominant piece of a much bigger pie. Nonetheless, ASO continues to resist changes that could result in greater revenue and profit potential for the company, presumably for fear that it might begin to lose some of its iron grip and control over the sport. As opposed to other sports cycling “has stayed true to a feudal business model formulated a century ago and …… controlled by the same Parisian family.”

In his new book Le Fric (the cash), Alex Duff (former sports writer for Bloomberg and now head of Media Relations for FIFPRO – the pro soccer union) guides us through the long history of the Tour, and the Amaury family’s involvement. Duff begins at the outset of the 20th century, with the early days of Henri Desgrange, when the main purpose of the event was to sell newspapers – through to Emilien Amaury’s early involvement with the newspaper which owned the Tour. Amaury was a garrulous and entrepreneurial fellow – much in contrast to his children and grandchildren. Duff tells us that he played both sides of the fence in World War II, publishing posters and pamphlets for the Vichy regime during the day, and political newspapers for the French resistance at night. Following the war, Amaury repositioned and helped to rebuild the free press, insinuating himself into the highest level of the new de Gaulle government, and rising to prominence as a friend of the President himself. In 1947, the “annual festival” of the Tour de France started up again under state ownership, “lifting the mood of the hungry and despondent French,” and in 1956, Amaury and a partner purchased the Tour de France for the equivalent of about 20,000 pounds.

As the significance and visibility of the race grew, and as it gradually evolved into a symbol of French culture, Amaury’s sporting and publishing empire flourished. He cultivated his close ties with the French government, to ensure its cooperation in annually closing the roads of France, enabling the Tour to proceed around the country. When he died in horse-riding accident in 1977, his estate was eventually divided between his two children Philippe and Francine. After six years or legal wrangling and numerous lawsuits, his quiet and reserved son ended up with both the Tour and L’Equipe.

Philippe was a much different personality than his voluble and larger-than-life father. Trained as a lawyer, he married Marie-Odile, the daughter of a pharmacist, and the couple had two children, Jean-Etienne and Aurore. Particularly after suffering an ill-timed and disastrous investment in the Futuroscope theme park, Philippe instituted a very conservative and cautious approach to the family business. Throughout his life he remained largely out of the public eye, preferring to leave the public speeches and appearances to his senior executives, like Olympic skier Jean-Claude Killy, who ran ASO for several years. As a 25% partner, Philippe brought in Jean-Luc Lagardere, the dashing young jet-setter and owner of Hachette, publisher of Elle and other popular French magazines. “He was the polar opposite of Philippe, who could not summon the courage to speak to his own employees.” But Philippe grew the business, and with the international expansion of the Tour, by the turn of the 21st century the family was extracting dividends of around €10M per year. Mindful of the inheritance court battle he had gone through many years before with his sister, Philippe quietly created a Societe Civil, a legal holding  company to own the family business – in which the shares could not be sold. As Duff tells it, even at a time when sheikhs and oligarchs were buying up sports properties, Jean-Etienne and Aurore would find it difficult to sell their shares.

Perhaps of most interest to current ASO watchers is Duff’s detailed description of various efforts – that began soon after the death of Philippe in 2006 – by outside parties to coordinate with or actually acquire the Tour de France. First was the so-called Cycling 2020 effort – initiated by the Belgian TV and sports entrepreneur Wouter Vandenhaute in conjunction with the private equity firm CVC Capital – to restructure the sport. Vandenhaute was later informally joined in his efforts by Lance Armstrong, and a number of Armstrong’s colleagues from the financial world. The effort generated a good deal of discussion and controversy, and caused enough public concern that the CEO of one of the race’s top sponsors – Francais des Jeux – committed to put up the money to buy the Tour, just in case, to keep the event solidly in the “French family.” But the Amaury family, now led by Madame Amaury, and the French teams and sponsors ultimately came together to derail the initiative. Vandenhaute later said, “It was the French culture of conservatism that stopped any progress.”

Later, in 2011, came an effort known as World Series Cycling, initiated by a British promoter named Jonathan Price, and backed by Rothschilds – the venerable pan-European banking empire that funded the British defeat of Napoleon and bailed out the Bank of England during hard times. Championed by a heretofore little known executive named Majid Ishak, the son of Pakistani immigrants, the bank assisted Price in designing a proposed new series of top cycling events, wherein the teams would share in rapidly growing TV revenues. The effort gained momentum after Team Sky indicated an initial interest, but once again, the project could never get a response from ASO, or build the active support of enough teams. After several years of jockeying and negotiating, the World Series effort collapsed at a climactic meeting in Avignon during a rest day in the 2013 Tour, with most of the teams formally backing away – for fear of alienating ASO and losing their starting spot at the Tour.

The family continues to jealously guard its primary asset today. In 2015, they bought back the 25% share owned by Lagardere for €91M – effectively valuing business at €360M – consolidating 100% ownership under the family. The family is not hesitant to throw its weight around; in 2016, in response to UCI President Brian Cookson’s efforts to introduce reform to the sport, ASO shot down the plan by threatening to pull the Tour de France from cycling’s regular schedule of events. Later that year, Wang Jianlin, China’s wealthiest man at the time, made a run at trying to buy the Tour – reportedly offering $1 billion, or three times the just-established value of the business – but he was also sent packing. Although there is very little information publicly available, it seems clear that the family remains rigidly focused on maintaining the status quo, including its close relationship with the Federal government; as Duff says, Marie-Odile “takes orders only from one person – the President of France.” The family’s ironclad control over the business is further underlined by the fact that ASO CEO Yann Le Moenner and Tour de France director Christian Prudhomme receive only limited mention in the book.

In 2020, the 80-year-old Madame Amaury ceded executive control of the business to her two children. Thus far, Jean-Etienne and Aurore seem intent on maintaining the historical course – remaining very risk averse, loath to take on debt, and primarily focused on how to maximize the profitability of their sports business – probably at least partially in order to help support the now struggling newspaper business. Duff conducted extensive interviews with the Amaury family, and in a separate conversation told The Outer Line that he believes both children are articulate, well-educated and connected to current culture; “they undoubtedly realize that the demographics of cycling are changing, that the sport needs to do more to attract younger viewers, and that eventually they may have to try new things.” That said, he expects a continuation of the status quo going forward.

So, in terms of the future of pro cycling, readers of this book will be left about where they were to begin with. Some observers thought that the stance of the company might change – in terms of the way it interacts with the rest of pro cycling – when the children took over, but so far that is not the case. In his interview with Duff, Jean-Etienne seems to belittle the fact that “Americans think everything is for sale.” One comes away with the conclusion that ownership and control of the Tour is not likely to change. And it’s not about the number.

And if it wasn’t already understood, Duff’s book makes it very clear that we should not view the Tour de France as simply a bike race or a valuable corporate asset. Beyond being head and shoulders above any other event in pro cycling, it is also an important institution and icon of French culture – it unites an otherwise divided country, all Frenchmen have a story about the Tour, every year it comes to their door.  French President Macron, like his predecessors, takes care to make an appearance every year – often in remote towns – attempting to bridge the gap between urban and rural. And the Tour has always been a tremendous asset to French tourism.

The family’s unwavering stance may be predicated on protecting and growing its own wealth, or, as Jean-Etienne claims, it may be based more on protecting a cultural icon for the French people. Either way, for the rest of pro cycling, it doesn’t much matter. All the evidence suggests that ASO will continue its cautious and conservative head-in-the-sand strategy, and will likely drag its feet in terms of coordinating with other stakeholders to implement any kind of substantial change or restructuring within the sport. Any plans to reform the sport are going to have to deal with – or find a way around – this fact of life.