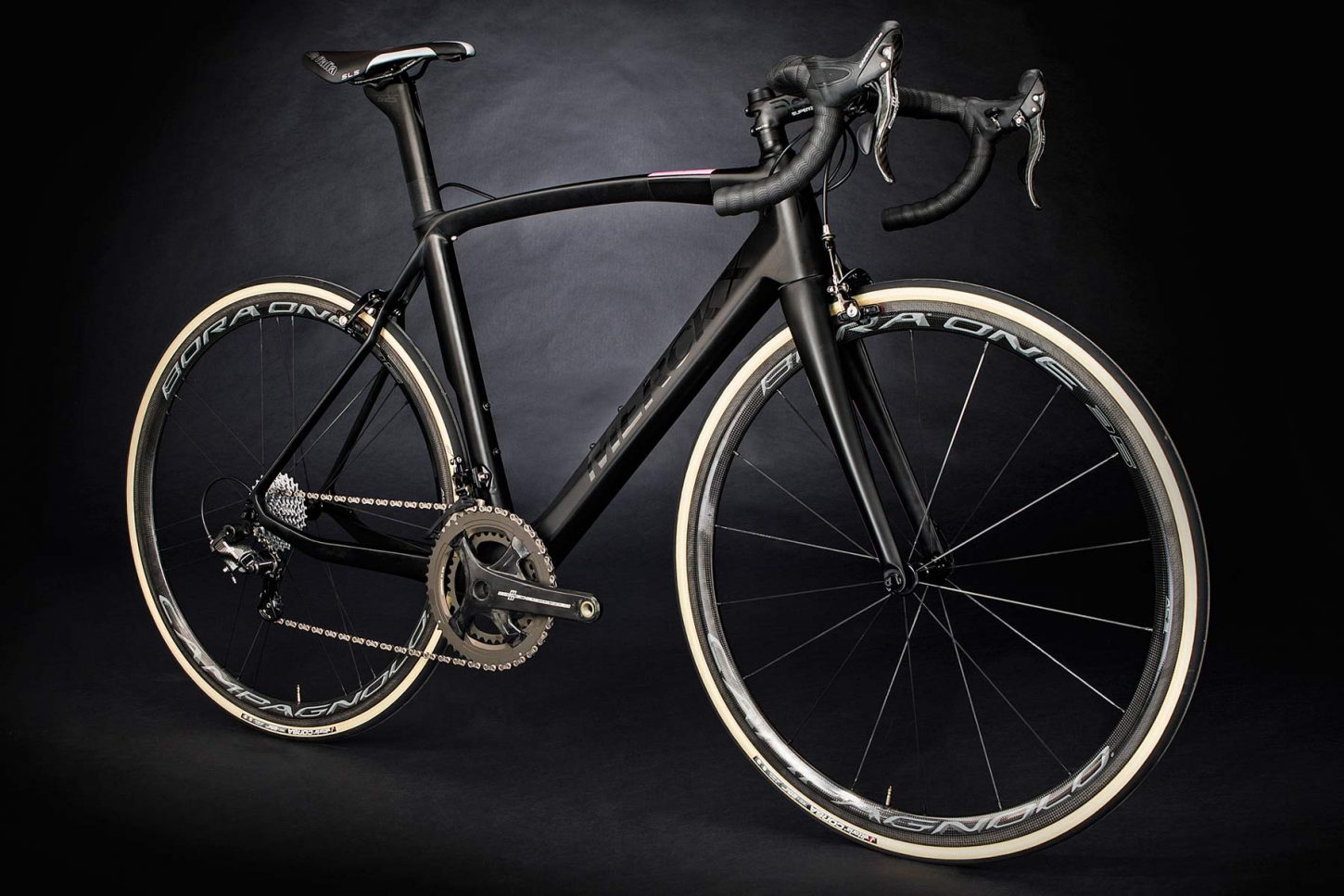 While the Eddy Merckx brand has all but disappeared from these shores since it was acquired by Ridley Bike a few months back, someone in the company has seen fit to create a special edition version of their EM525 road bike called the ITALIA50, which celebrates the Cannibal’s 1968 Giro d’Italia victory.

Other than a special paint scheme that adds some pink Giro d’Italia embellishments along key areas of the frame and fork, very little distinguishes the ITALIA50 from the standard EM525.

But, if you love Eddy Merckx and the Italian Grand Tour well enough that might be cause alone to want one.

The ITALIA50 can be purchased as either a frameset or complete bike.

If you opt for the complete bike, you’ll be treated to a Campagnolo Chorus groupset, Deda Super Zero bar and stem and Campagnolo’s Bora One 35 carbon wheelset shod with Vittoria Corsa 25 tires.

According to Eddy Merckx Bikes, the ITALIA50 will sell as a complete bike for 7500€.

Eddy Merckx Bikes presents the ITALIA50. This is a special “La Maglia Rosa” Edition of the existing EM525 to commemorate Eddy’s very first GIRO victory in 1968. What comes to mind from that Giro d’Italia is the legendary snowy ride to Tre Cime di Lavaredo, etched in our memories as the most impressive ascent in Eddy Merckx’s career.

Featuring a frame with typically pink and Italian design details, the ITALIA50 is available as a frameset or as a complete bicycle from February 15th, 2018, finished with a Campagnolo Chorus groupset.

ITALIA50. Ride the color of victory.