Spotlight on Koichi Nakano – “The Emperor of the Sprint” 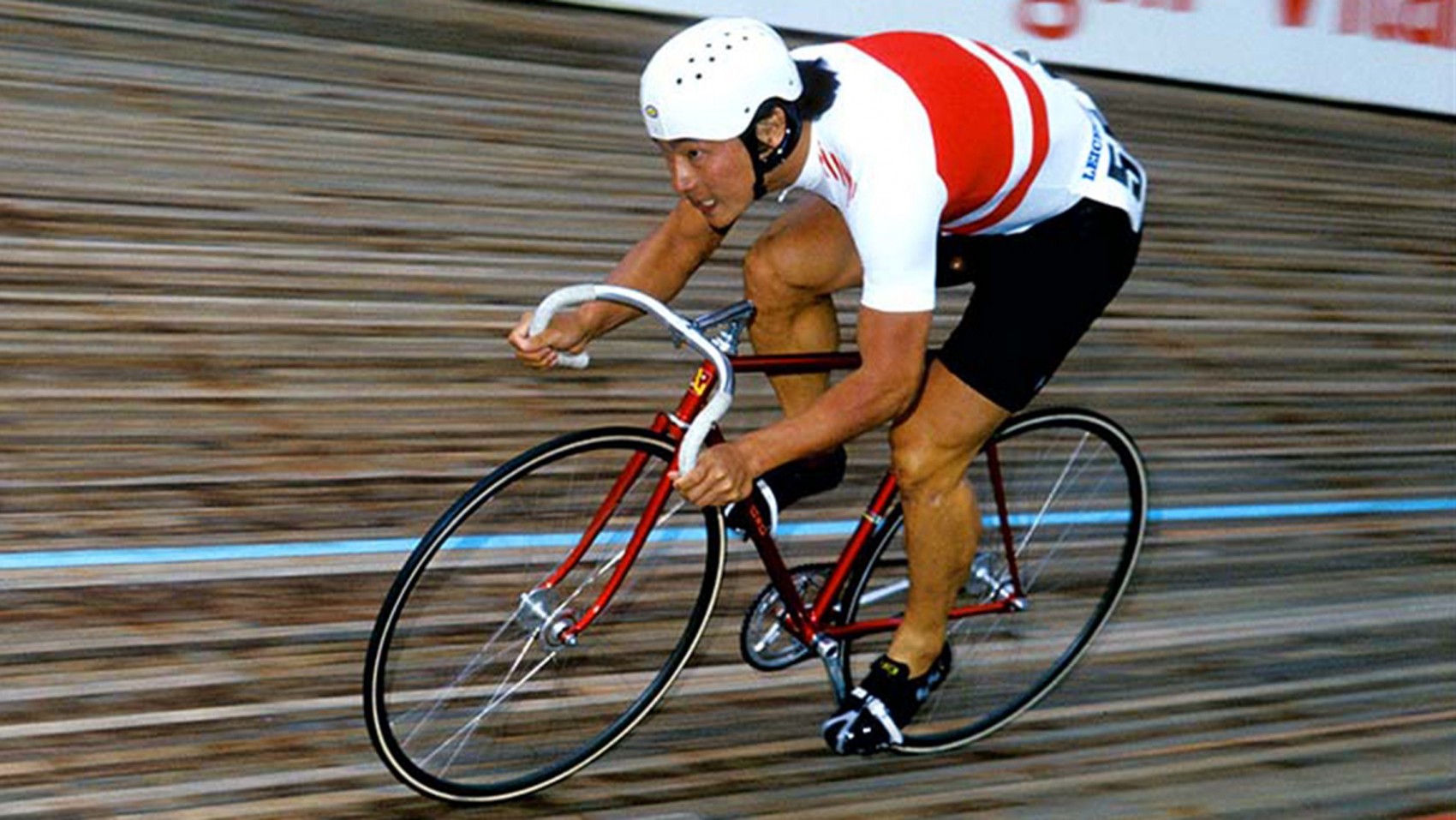 Currently, the top riders in the men’s sprint come from European nations, particularly Great Britain, Russia, France and Poland. However, if you go back to the late 1970s and early 1980s, there was one nation – Japan – and one rider – Koichi Nakano – who dominated the discipline in a way not seen before or since.

After finishing fourth at his first UCI World Championships at Monteroni di Lecce, Italy, in 1976, Nakano won an incredible ten consecutive world sprint titles between 1977 (in San Cristobal, Venezuela) and 1986 (in Colorado Springs, USA). Nakano was the face of a Japanese period of domination of the men’s sprint when the country won a total of 24 medals in the event between 1975 and 1989 (11 gold, 6 silver, 7 bronze) – over half of all the medals awarded.

Born in Fukuoka Prefecture, Japan, in 1955, Nakano was a strong athlete all through high school, and after graduation entered the rigorous training programme for Japan’s professional Keirin league. He became one of the top Keirin riders of all time on the Japanese circuit, setting a record of 18 consecutive wins in his first season (1975). By the time he retired in 1992, his career prize winnings topped over 1.32 billion yen (over $100 million USD in 1992 figures) He had won 169 races.

In the Keirin, six riders follow behind a motorized bike (usually electric nowadays) for three laps as the speed increases before the pace bike pulls off. Riders then jockey for position for the remaining three laps before a final dash for the finish line. It is an exciting and crowd-pleasing high speed event.

When Nakano began winning world titles in the sprint, the cycling world started to pay more attention to, and focus on, the Keirin, which led to the event being added in 1980. Nakano participated in the Keirin at the UCI World Championships in Japan in 1990, and in Stuttgart (Germany) the year after, but did not make the medal final either time. Harumi Honda is the only Japanese rider to have won the world title in the Keirin, in 1987, in Vienna, Austria.

After he retired, Nakano became a sport commentator, and returned to Keirin as the motor bike pace rider for the Olympic introduction of the event in Sydney, Australia, in 2000.