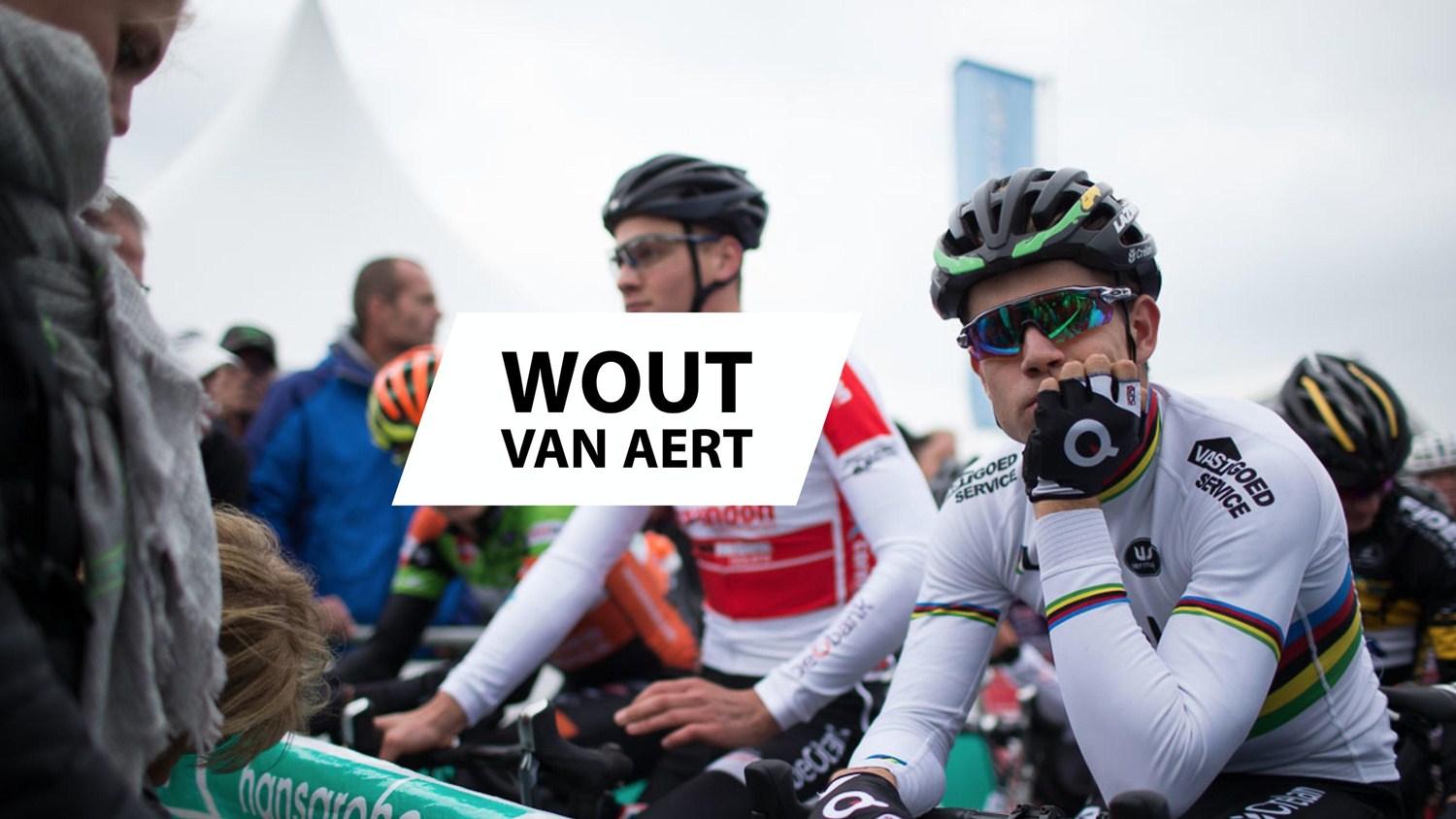 “It has been a pretty big year with a lot of good moments,” recognises the young Belgian. “The World Championships were the highlight. I knew I had a chance of winning but Mathieu (van der Poel) was very strong and I was not totally confident.”

As a reminder, in 2015 van Aert had finished second to the Netherlands’ van der Poel at the Worlds in Tábor (Czech Republic). All eyes were therefore on the two young stars in Heusden-Zolder (Belgium) this year, but van Aert left the Dutch rider with no chance: he gradually fought back to the front after the two tangled earlier in the race, then perfectly timed a last attack in the final uphill running section to take the win from the Netherlands’ Lars van der Haar.

“It’s difficult to describe the feeling when you cross the line in first place. Earlier in the month I won the national title for the first time as an Elite rider. It was great that all these things came together in just a few weeks. It was something else.”

For the remaining three weeks of the season in Belgium the UCI World Champion surfed on a high, wearing his newly-acquired rainbow jersey with no pressure: “My performances were not that good because I was tired from the parties and celebrations. But it was cool to wear that jersey.”

For his last race of the season, the Cyclocross Masters in Waregem (Belgium) on February 24th, van Aert crossed the finish line hand in hand with Belgian legend Sven Nys, who was racing his farewell event.

“That was a very cool moment. Sven had a big career, he has a lot of fans and I was the one who was able to cross the line with him.When I started watching cyclo-cross I never thought I would one day be racing against him!”

Once the sun comes out, the temperatures climb and the mud dries, van Aert swaps his cyclo-cross bike for a road bike and embarks on a short season of road racing. There also, he made waves this year, beating multiple time trial UCI World Champion Tony Martin to win the prologue of the Tour of Belgium, after which he spent two days in the leader’s jersey.

“I’m very proud of that performance. A lot of people talk about me switching to road but I’m a cylco-cross rider at heart. It’s more exciting, more technical and the courses are different each week, sometimes each lap! In cyclocross I can always race in the front which is fun for me.”

Onto the next cyclocross season and van Aert started as he meant to go on: with back to back wins in the two opening rounds of the 2016-2017 Telenet UCI Cyclocross World Cup in the USA in September. In the following two rounds in October and November, he finished second…. to a certain Mathieu van der Poel, who was absent from the first two rounds.

“Mathieu has been very strong in the last few weeks. People are always comparing us and are excited about the battle between us. I can understand that but I don’t pay too much attention to the comparisons. In the end, we are both strong riders doing cyclo-cross. We’ve known each other since the youth categories.”

Van Aert adds a warning: “Everybody is focusing on us two but there are also other riders whose level is very high. There is very little difference between us and we will also see other winners this season.”

“I do enjoy the road but what is more beautiful than racing during winter? It’s my first love.”

Is there not a certain pressure that goes with lining up for each race in the rainbow jersey?

“In Belgium, there is always a lot of pressure. You’re not supposed to have a bad day. It can be difficult but I just try to win every race I participate in. I want to confirm all the good things I achieved last season.”

“I have got used to wearing the rainbow jersey and don’t want to switch back to the normal one. So I am looking forward to January (the 2017 UCI Cyclocross World Championships in Bieles, Luxembourg) but also to every weekend. I will be trying my best in every race.”