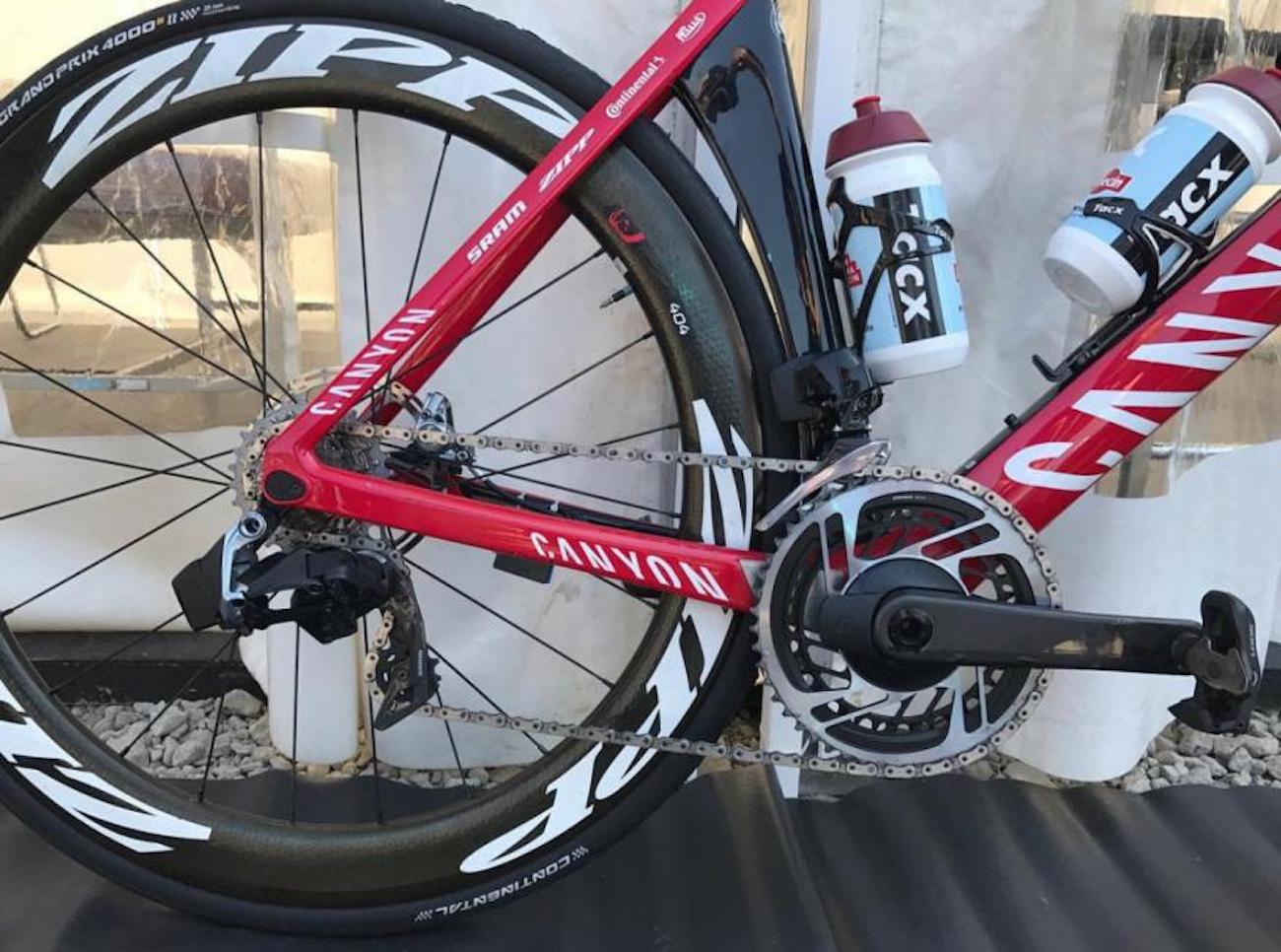 If one had a keen eye for detail, evidence of a new 12-speed SRAM Red eTap groupset be ridden under the auspices of Team Katusha-Alpecin could be spotted during last weekend’s Saitana Criterium in Japan.

Indeed, images began whirling about the internet after 12-cogs were spotted onboard Nils Pottit’s bike in the pit area.

From what we can glean from the images captured by Instagram-er Mikey.vk, Pottit’s bike appears to be equipped with a 10-28 cassette, along with a new 50t/36t crankset with integrated chainrings.

There’s not much else to report at this time. But, suffice to say, this spotting likely serves as a portend for things to come from SRAM.