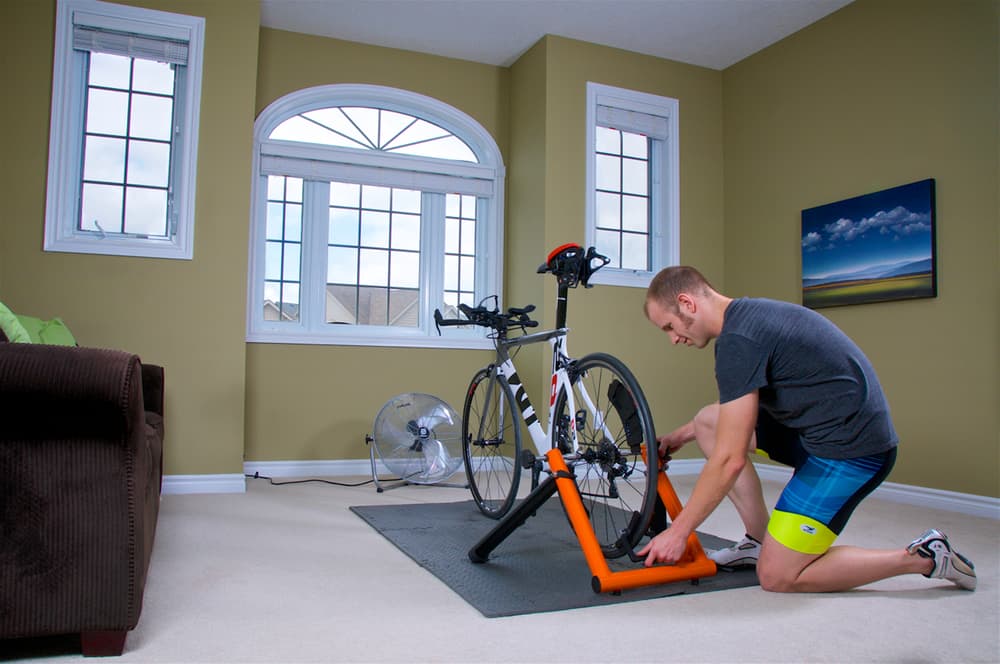 24 Jun 2016
By Gianni Pericolo - In LATEST ARTICLES, THE DOUBLE DIAMOND

The Canadian startup brand, STAC, has turned to crowd-funding as a means of getting their floor trainer into full production, which they claim is completely silent and won’t wear-out your tires.

That’s a pretty ambitious claim to say the least, given the fact that even the most sophisticated trainers currently on the market still sound like a harrier jet landing in your living space, not to mention the part about how easily they can turn your coveted race tires into banana peels in no time.

According to STAC, this is accomplished by simply eliminating contact between wheel and trainer, wherein both flywheel and roller have been set aside in favor of magnets in order to create resistance. Therefore, the only noise that’s detectable, is that which comes from the drive-train of the bike itself.

The STAC operates by virtue of two neodymium magnets that are placed in both sides of the wheel (which, by the way, must be alloy), and as the wheel spins, the magnets generate resistance.

However, the real marvel of the system doesn’t lie in the magnetism alone, but rather how an electrical conductor passes through the magnetic field, which in turn generates a small electrical field called an eddy current. So, by keeping the magnets in a constant position facing the wheel, a restrictive force is produced which slows the wheel down.

STAC says the faster the wheel spins the larger the eddy current, and thus more resistance is created. In addition, the resistance level can be tailored by changing the distance between the magnets and the wheel, as well as the number of magnets placed next to the wheel, which STAC claims is capable of generating as much as 2,000 watts of resistance.

STAC says its trainer will work with any alloy wheel, including rims designed for disc brakes, as well as carbon wheels that have an aluminium brake track.

Unfortunately however, full carbon rims will not work with the STAC trainer.

The trainer’s magnets are housed in a ‘caliper’ that looks very similar to regular brake caliper, which can accommodate both road and mountain bikes.

There are two versions of the STAC Zero trainer, with the flagship model featuring a small Bluetooth and ANT+ enabled pod which is capable of measuring ride metrics. Although it’s unclear at this time, just exactly what kind of data the system is able to provide.

To learn more about the STAC Zero trainer, you can check out their Kickstarter page here.