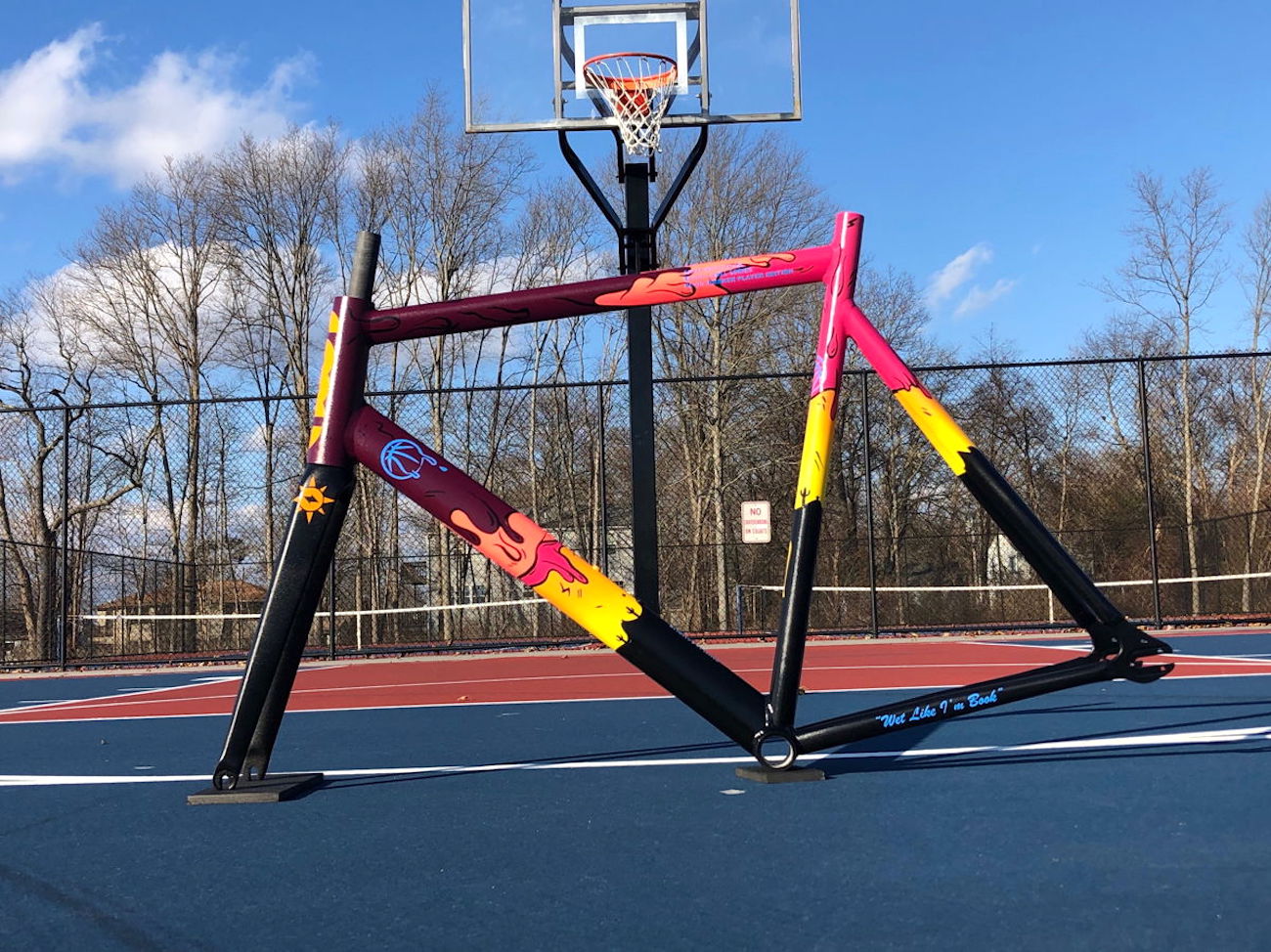 17 Apr 2020
By Lord Velo - In FEATURED ARTICLES, THE DOUBLE DIAMOND

Enthusiasts may recall the custom bikes that State Bicycle Co made for NBA Star Devin Booker, who gave them out as Christmas gifts to his Suns teammates at the end of the 2018 season.

The brand has now taken the customization process to the next level with the unveiling of this dazzling new bike and shoe combo for Booker.

Even with the NBA on hold, Booker has already had a very busy 2020, making his first All-Star Game, being named Special Olympics Global Ambassador, and more recently winning the NBA Players 2k20 Tournament, while the NBA season is on hiatus.

However, with no games on the schedule, like many of us the NBA star has turned to cycling as a way of spending a little time outside while social-distance rules are in place.

To make sure he’s styling on the streets, State recently dropped off this custom 6061 Black Label matched to a custom pair of Nikes.

The paint design of the bike was done by State Bicycle customer and custom shoe maker @ninjasaurus.

Booker was immortalized by Drake last year in the #1 hit song “Sicko Mode” from Travis Scott’s Astroworld album. State took the “drip/wet” concept from Drake’s verse an applied it to a neon-desert motif with the lyric on the chainstay.

Ninjasaurus also secured a rare pair of Nike Kobe 1 Proto’s in Booker’s size that were customized to go along with the bike.

Booker has often mentioned that Kobe Bryant was one of his favorite players, even getting “be legendary” tattooed on his forearm to commemorate the late superstar.

We’re all hoping that the NBA season returns soon. Until then, Booker plans on staying in shape and looking good while riding.