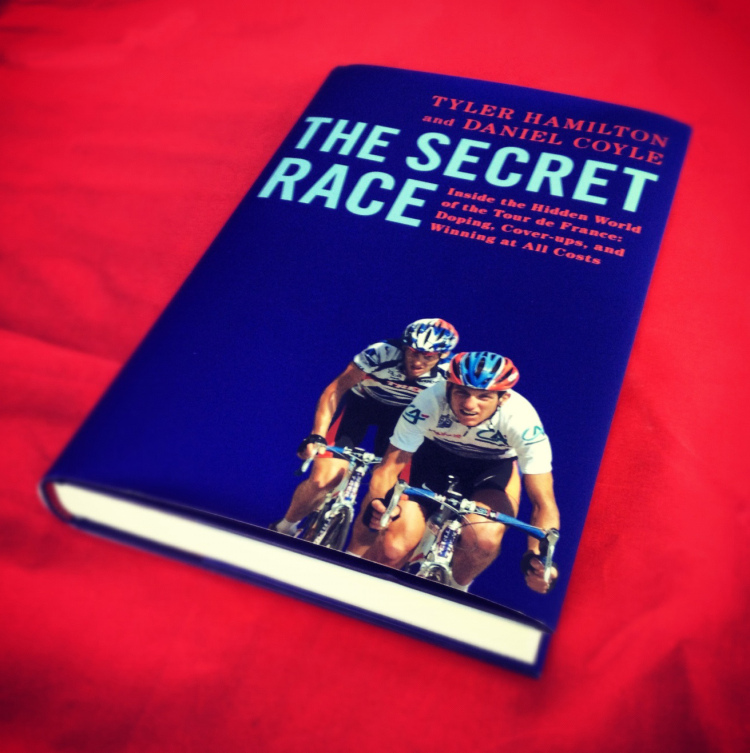 Prior to the making of his recently released biopic on Lance Armstrong, The Program, director Stephen Frears revealed that he first considered making a film based on Tyler Hamilton’s book, The Secret Race.

During the film’s UK preview in London this week, Frears indicated that he had originally looked at making a film based around Hamilton’s biography, but how talks between them quickly broke down, eventually turning his focus toward David Walsh’s book about Armstrong, Seven Deadly Sins.

“I’m always slightly embarrassed to say this in front of David but I read a review of Tyler Hamilton’s book and it sounded fantastic and it was a really interesting story,” Frears told Cyclingnews after The Program’s premiere.

“Then Tyler Hamilton wouldn’t sell it to us. Then my friends who know about cycling said I should read David Walsh’s book, which had a story.”

“Tyler’s book was very good and we tried to buy it and he said no. There was a phone call and after the call he said it didn’t go very well, but from my end it went it was fine.”

Interestingly, Frears never felt the Armstrong saga was solely a tale about vicious competitiveness, but equally as much of a story about how laws were broken as well.

“I always felt it was a crime story. Because I don’t know anything about cycling, I cant pretend, but I see the Tour as a very romantic idea. However what always seemed to me, and it became more interesting, was how this man [Armstrong] constructed this extraordinary lie. It’s a very good story. He was like a movie star. He was clearly a good rider, and he had the brazen confidence and good looks, all of those things.”

One element Frears wishes he had been able to include in his film, was the relationship between Armstrong and Greg LeMond, and the falling out which occurred between the two men, after LeMond began to question Armstrong’s relationship with the now banned doctor Michele Ferrari. And, despite the legal action that ensued, LeMond continued to remain vocal about how Armstrong treated him in the aftermath.

“You need to do an episode on how he treated Greg LeMond. It’s only in retrospect that I wished I’d included that. I wish we’d dealt with that story too, it was so horrible.”

One element about his film, Frears is please with, is its independence and faithfulness to the narrative.

When asked if he talked with Armstrong during the film making process, he said:

“I wanted to make a film and he likes to have control. It was important to make this film without his control. Unless something very sinister went on he had no control. Why would I want to meet him, he’s a liar.”