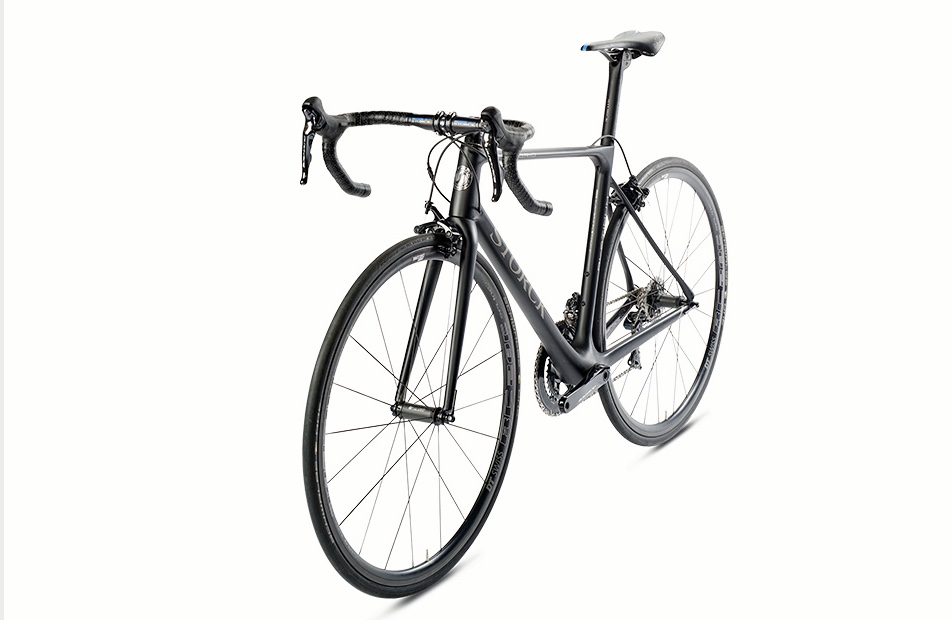 It appears that Storck has been busy at work creating a new model in order to satisfy the gravel grinder segment, as evidenced by their new range of Durnario “endurance bikes”.

According to Storck, the Durnario frameset takes its cues from the German brand’s Aernario road and T.I.X cyclocross bikes, giving it the same dose of unique tube profiles and carbon fiber layup.

Storck refers to its tubing as Directional Depending Stiffness, wherein each tube has been designed to provide superior vertical compliance, while also maintaining the utmost in lateral stiffness.

To accomplish this, Storck gave the Durnario flattened, ovalized top and down tubes, along with seat stays that are boldly flattened and curved throughout as well.

In addition, the Durnario features an integrated seat clamp that’s hidden inside the seat tube, which according to Storck allows for more seatpost exposure, thus reducing deflection even further. Moreover, in order to address front-end compliance, Storck gave the Durnario specially shaped fork blades, along with a uniquely shaped handlebar, to provide even further vibration dampening.

Curiously however, unlike most “endurance bikes”, the Durnario does not resort to a taller head tube, longer chain stays and a slacker seat angle. Rather, Storck decided to stick with a more traditional “race” geometry, similar to its range of standard road bikes.

Other details about the Durnario include full internal cable routing, a press-fit bottom bracket, a tapered head tube and perhaps most importantly, generous tire clearance up to 32mm.

The Durnario is offered in three models, the range topping Platinum, Pro and Comp G1, which are differentiated by carbon composition and the choice of build groups.

You can find out more about the Durnario’s specs and pricing by visiting Storck’s website here.