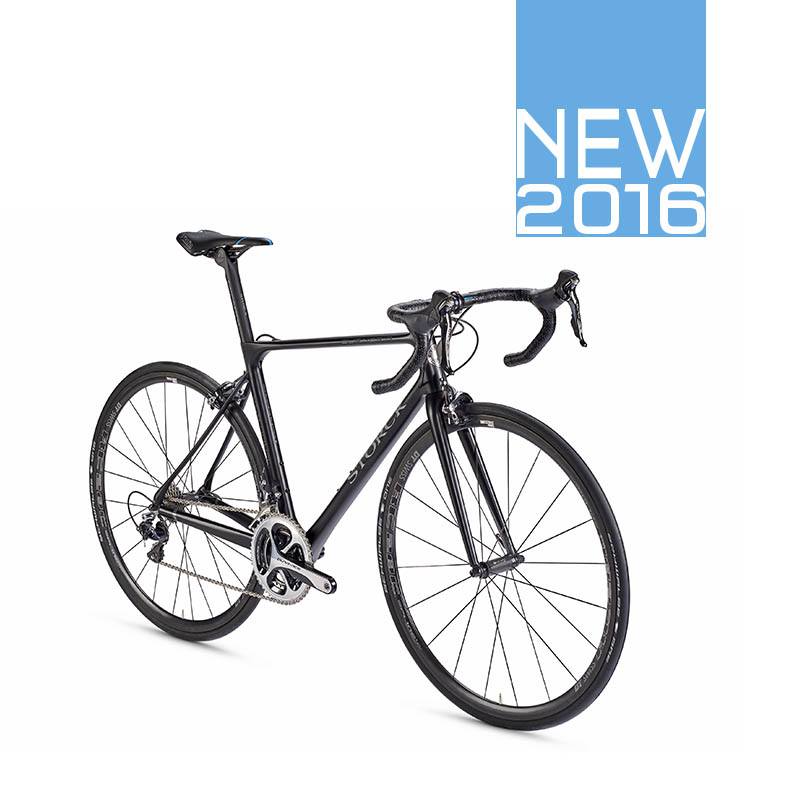 03 Sep 2015
By Campionissimo - In LATEST ARTICLES, THE DOUBLE DIAMOND

In response to the ever-growing “endurance” segment, Storck launched the newest model to its range of roadbikes, called the Durnario, at last week’s Eurobike show.

The new Durnario consists of three models; namely, the Platinum, Pro and the Comp. And, as one might guess, they’re differentiated by carbon composition and build groups.

Storck is billing the Durnario as the perfect endurance bike, to wit:

The Durnario Platinum is the ultimate endurance bike. The lightest Durnario finished in matte black with matte platinum decals and our lightest carbon lay up. Exclusively for riders wanting the best long distance comfort.

Be it Marathon, Transalp or Paris-Roubaix, the Durnario is the no compromise solution for the endurance rider. Typically Storck – light weight and stiff power transfer, but with un compromising comfort.

Curiously however, the geometry of the Durnario is far from “relaxed”, as one would expect to see from a bike of this designation. In fact, I’d  venture to say, that geometry is a bit on the aggressive side, even compared to an all-out race bike – especially on the smaller end of the size spectrum.

For example, in the case of the two smallest sizes, both geometries have far steeper seat angles and a considerably more aggressive “drop”, than most race bikes have, let alone endurance bikes.

In any case, all three models feature tapered head tubes (1 1/8in to 1 1/4in), internal cable routing, and Press Fit bottom brackets.

Prices for complete bikes are set in euros thus far:

Storck has also initiated a “bike builder program”, which allows customers to alter the groupset to his or her liking, and have the price adjusted accordingly.