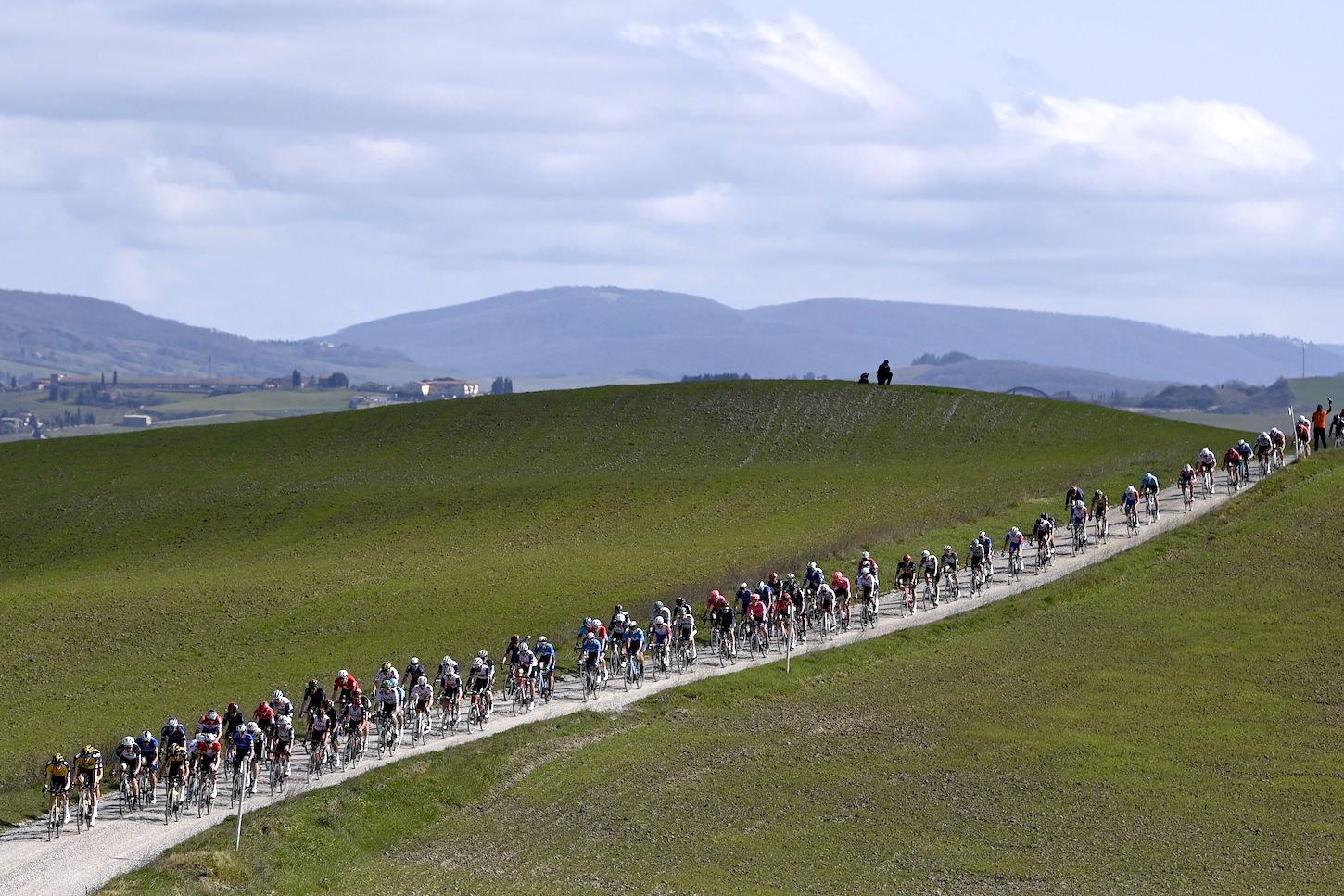 Meanwhile, last year’s winner Wout van Aert (Jumbo-Visma) was distanced with 23 kilometers remaining. The Belgian rider later fought his way back to the leaders, but he was unable to stay on terms with van der Poel, Alaphilippe and Bernal, finishing almost a minute behind.

Alaphilippe attacked and dropped van Aert and Britain’s Tom Pidcock (Ineos Grenadiers) with just over 20 kilometers to go. But, that was just the start, with van Aert and Pidcock able to battle back into contention and rejoin the lead group.

It took eight more kilometers of racing before van der Poel succeed in blowing the race apart with a sudden, explosive attack on the final section of ‘sterrato’ with 12 kilometers remaining, with only Alaphilippe and Bernal able to match the Dutch rider’s acceleration.

However, once they reached the medieval streets of Siena, van der Poel set a fierce tempo along the final cobbled climb, with only Alaphilippe briefly able to hold on.