Strade Bianche is the Modern Equivalent of a Medieval Event 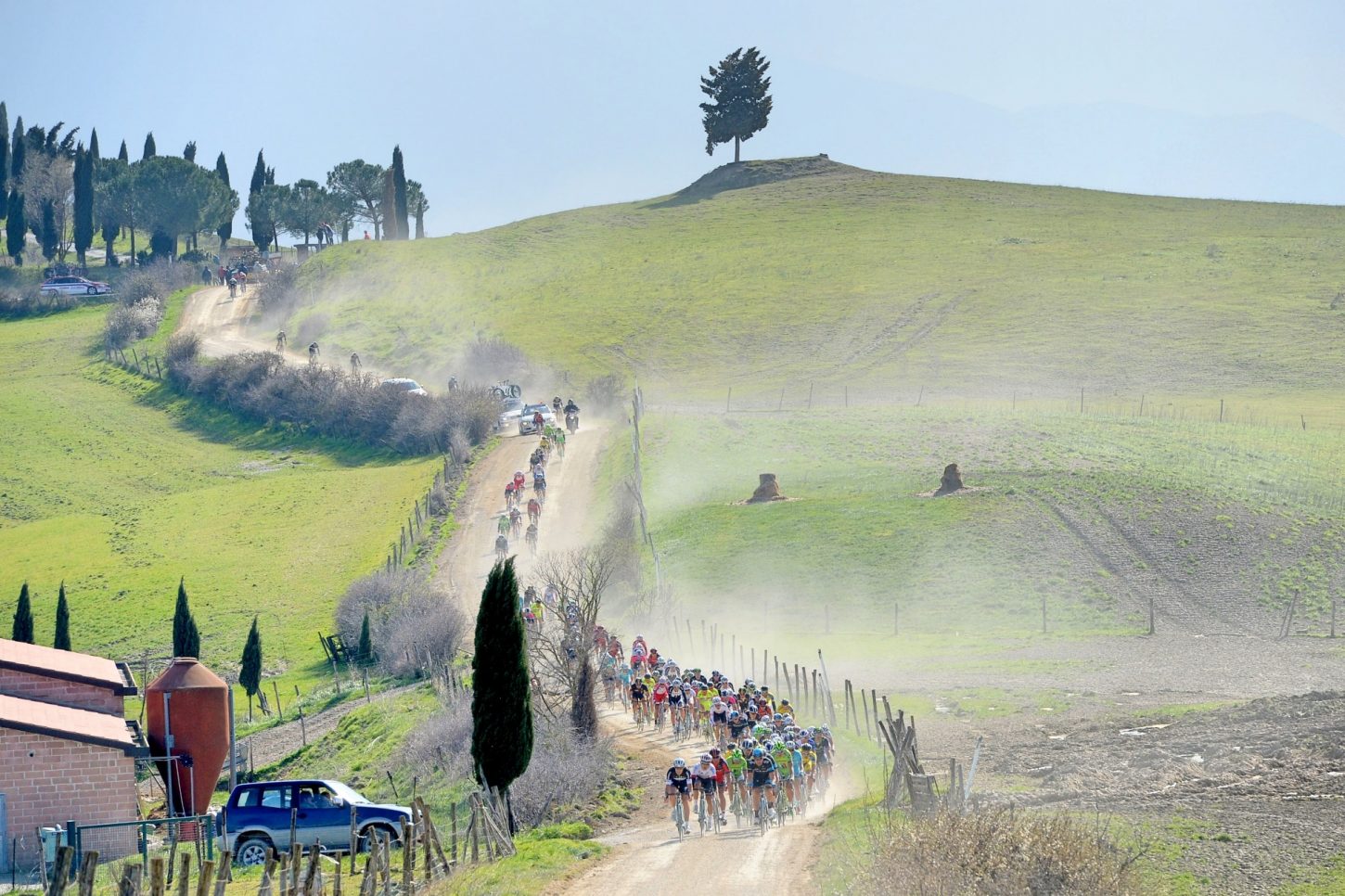 As Elisa Longo Borghini won the Women’s edition of the Strade Bianche for Wiggle-High5 in 2017, she declared, in quavering voice during the post-race press conference, “This race is particularly fascinating, due to the cultural and artistic level of the surroundings. I thank RCS for giving us the media exposure we don’t always enjoy even when other races we take part in are just as great as today’s.”

The beautiful city of Siena, where both the men’s and women’s races start and finish, is all about culture and art – with culinary art not to be overlooked in the home of Tuscan ‘ribollita’ soup. Siena is where the world’s oldest bank, Montepaschi ,was founded in 1472 and still operates. This Italian city is known worldwide for the “Palio”, a unique horse race in which jockeys ride bareback, twice each year in July and August. The event dates as far back as in the 14th century and has been an ongoing tradition since, with the famous Piazza del Campo being packed with fans.

Yet Strade Bianche is, relatively, a very recent creation in a sport that is often touted as an old one. Russia’s Alexandr Kolobnev won the first edition in 2007 when the race was competed under the name of Monte Paschi Eroica, before taking its current name in 2012. But of course bike racing isn’t new in Tuscany, the region that delivered Gino Bartali and so many other champions to the sport. In 1897, the winemaking Gallo brothers, Giulio and Ernesto, put together a cycle race in order to promote their products and bridge cities and villages, using non-asphalted roads. Cyclists were supposed to pedal until exhaustion and the latest survivor was declared the winner.

Strade Bianche translates literally as ‘white roads’. More than 50km of the men’s event is covered on multiple gravel sectors – one of them being now renamed to celebrate Fabian Cancellara after the Swiss champion became the first rider to win Strade Bianche for the third time. It’s ironic that one of the fastest-growing races of the 21st century is fought on paths that look like they belong to the past. But the modernity of the event is also reflected in the men and women racing simultaneously on the same roads – since 2015. The intensity of the day of racing around Siena and back has no contemporary equivalent in our sport.

Besides Cancellara, the Strade Bianche record book features the names of (road or cyclo-cross) UCI World Champions Philippe Gilbert, Michal Kwiatkowski and Zdenek Stybar. So it’s understandable that young riders such as Warren Barguil refer to it as “a Monument of Cycling” although only the Big Five – Milan-Sanremo, Tour of Flanders, Paris-Roubaix, Liège-Bastogne-Liège and Tour of Lombardy – are generally considered true “monuments”. Last year’s winner Tiesj Benoot has made it a priority in his 2019 Classics’ campaign but skipped Milan-Sanremo and Paris-Roubaix, major races that also suit his characteristics.

The Tour de France climbing specialist Romain Bardet was completely enchanted after finishing second last year. The fact that Strade Bianche has this magic ability to please such very different kind of riders is what makes it a success story among the fans who lament the extensive specialization of the Classics contenders.

Like the ancient Palio, Strade Bianche races finish on the Campo square, reached through Siena’s steep and narrow medieval streets. For the first time last year, on the eve of the race, organizers and teams’ were invited by the town’s authorities to visit the private venue of the “contrada” Onda that won the Palio the previous summer: the cycling world’s representatives embraced an underground museum and church that keeps seven centuries of a tradition alive. Racing cyclists have become the modern day fighters in these cultural and artistic surroundings – so it was no surprise when Tom Dumoulin, the winner of the 100th Giro d’Italia, took his girlfriend on holiday after his exploits in 2017: Siena, where modernity meets tradition in sport.