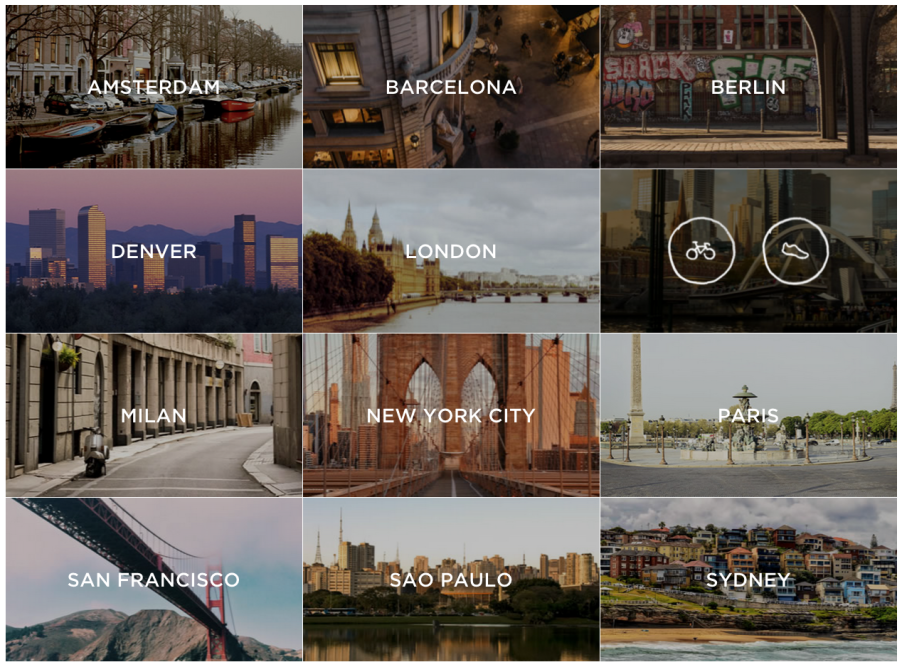 Strava announced the launch of its newest application called “Local”, which “combines user’s favorite segments and destinations with similar activities from the brand’s  community of millions of athletes, then distills that data to reveal some of the highest-quality cycling and running adventures in the world”.

The result is a series of city guides designed specifically for cyclists and athletes.

Strava Local differs from other city guides because it stems from clusters of existing activities – more than 38 million uploaded rides and runs – giving insight into the habits and experience of athletes. Our network of local experts and influencers curate each guide to provide a rich and full experience, whether you’re new in town or rediscovering your city. Every guide includes routes of varying difficulty, in the city or the countryside, as well as our favorite places to buy gear, grab coffee or simply pull over and snap a great photo.

City guides have long been a valuable tool for travelers and locals alike, now we’ve combined them with your favorite activity.

ROUTES
Local routes are first cultivated through data of uploaded activities in the world’s most active cities. Our product team then works with local influencers to ensure that each guide features the city’s best riding and running experiences.

In each key city you’ll find a collection of the best running and cycling routes. Routes include the map, distance, elevation and a brief description. You can easily print and export a cue sheet or download the GPX and save it for your next trip.

TOP STOPS
In addition to the best local routes, Local harnesses Strava data to find out where, when and why athletes tend to stop, which we have used to curate a selection of Top Stops for each of the 12 cities. This can vary from epic viewpoints to the local run shop or café where rides kick-off.

“We see that so many of our customers are on Strava, so it’s great that we’re now listed as a Strava Top Stop based on data of cyclists’ top places to stop on a ride,” says Jordan Addison, Co-Founder of Esher-based G!RO Coffee.

London is a great cycling city, and being located in the gateway to Surrey, we hope that cyclists can explore the great routes we have in our area, whether they’re locals exploring new areas or visitors wanting to see what we have to offer.

This is just the beginning. We know there are many more cities to explore, places to stop and routes to share. And we know Strava athletes love to discover new places to ride and run – 12% of Strava athletes have uploaded activities from at least two countries. Thanks for showing us your best routes.