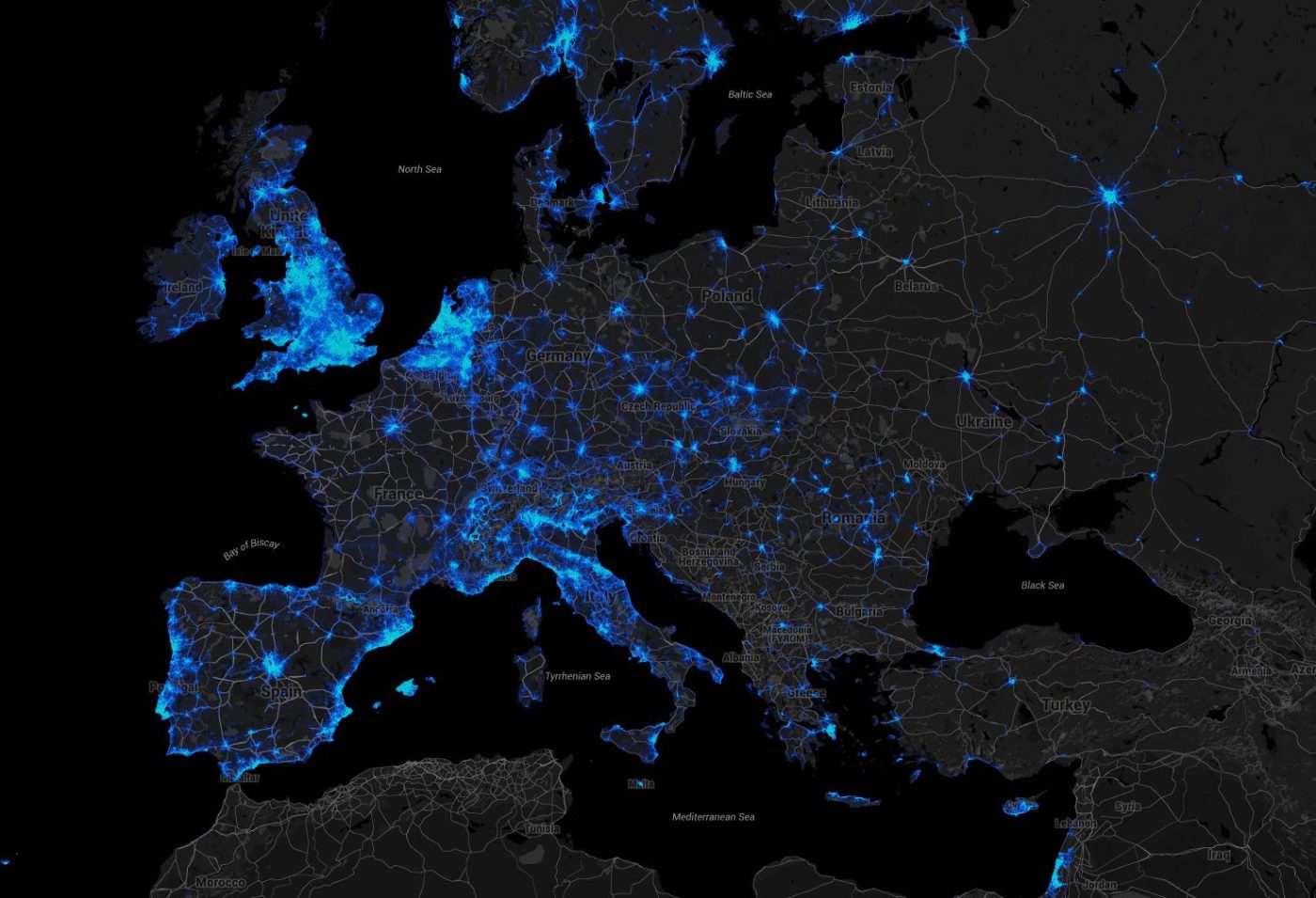 Strava published its annual Year in Sport report today, outlining the key statistics of its global membership, which the company says now encompasses tens of millions of athletes across 195 countries.

According to Strava, 16 activities were uploaded to its app every second, generating hundreds of billions of data points that covered a staggering 5.2 billion miles of cumulative distance – the equivalent of 10,908 round trips to the moon. A measure of Strava’s social community is the kudos, where members give praise to another’s activity. Strava saw 2.3 billion kudos given worldwide, with 344 million kudos within the UK alone, while an impressive 482 million photos were shared worldwide.

Across Strava’s global platform, cyclists shared a total of 203 million rides in 2017, they clocked up a total of 7.3 billion km – almost enough for a one-way trip to Pluto. Strava cyclists together accumulated 69 billion metres in elevation gain, which equates to over 10,000 trips up from the earth’s core to its surface. Sunday 21 May was the most popular day for cycling.

For ride distance, men in the UK recorded an average 32 kilometers (20 miles) per ride, while women averaged 28 kilometers (17 miles). The average ride time for men and women showed only a marginal difference – with women averaging 1hr 26 min compared to men’s 1hr 30 min. Women recorded an average speed for the year of 20 km/h (12 mph) with men registering 24 km/h (15 mph).

Ceredigion in Wales emerged as the fastest region with an average speed of 33.6 km/h (21 mph) for men and women combined. Northern Ireland took the title of longest average ride with Ballymena cyclists clocking up an average of 51.2 kilometers (32 miles). Merthyr Tydfil once again proved the hilliest – demanding its riders to average 685m (2248 feet) of climbing per ride through the Welsh Valleys. Stirling riders put in the most hours on the road on average, with a ride duration of 1hr 38 mins.

London dominates the leaderboard for the top cycling segments in the UK, with Strava pointing to clear evidence that grassroots cycling is alive and well, as Regents Park came in top with 2,039,575 attempts. The next two segments were from Herne Hill Velodrome (1,728,636) and Richmond Park (1,573,055) respectively.

For many Strava members, cycle commuting is a way of life, with an average of 253,429 rides recorded as commutes to and from work every week in the UK. A fast average of 22.1 km/h (13.7 mph) ensured riders made it in on time, tackling an average 13.1 kilometers (8 miles) door-to-door.

Runners around the world uploaded 136 million runs to Strava, logged 627,239 completed marathons and clocked up an impressive total distance of 1.1 billion kilometers (600 millions miles), equivalent to just over 1,400 return trips to the moon. Runners looked to the tail end of the season in order to stretch their legs and marked Sunday 17th September as the most active day for running.

Running has seen a boost in popularity in the past year, illustrated by the fact that for the first time in Strava’s history there are now more runners than cyclists.

Elevation gain for UK Strava runners reached the dizzying heights of 10.5 billion meters (34.4 billion fat) in total (equivalent to over a million times up Mount Everest).

During the year, men and women spent a similar amount of time pounding the roads, parks and countryside of Britain; men totalled 19hrs 10min and women totalled 17hrs 51 min over the course of the year. London (with 2,889,403 runs) and West Yorkshire (909,101) once again took the top two spots for most active location, with Manchester (849,048) rounding off the podium places.

Wales proved a similarly lumpy affair for runners, charting 164m of elevation on average in Powys. The longest average run came from runners in Scotland – with Stirling runners averaging over 10 kilometers (6.2 miles). Omagh came out on top as having the fastest runners on average, with a pace of 5:03 min/km. County Down in Northern Ireland was top of the pile for the longest moving time per run of 1hr 17 mins .

The top running segments in the UK were all found to be at local athletics tracks. A home Athletics World Championships in 2017, combined with grassroots events such as the Strava supported Night of the 10,000m PBs clearly had an impact on the reinvigoration of track and field in the UK. Top of the pile was Mile End Stadium with 155,715 attempts, followed by Parliament Hill track (142,834) and Southampton Sports Centre athletics track (98,665).

The overall number of run commutes in 2017 grew by 51%, and London topped the world’s list of cities with the most active run commuters. Amsterdam came in second, with Paris, New York, Sydney and San Francisco making up the top six.

There were a total of 2,356,432 commutes, with UK run commuters covering a total distance of 16.7 million kilometers, offsetting a potential 1.1 billion liters ( 1.1 billion quarts) of CO2, and the equivalent of keeping more than 1300 cars off the road.

Gareth Mills, UK Country Manager for Strava, said ,“The Year in Sport report for 2017 highlights some fascinating global and local trends. The 24.7 million runs shared in the UK includes 1.5 million parkruns and 83,248 marathons, showing the diversity of our running community. The 51% growth in run commutes left London as the global capital of run commuting and demonstrates a willingness to move to a healthier, greener way of getting to work. Each of the 31 million rides recorded this year tells a story, from Mark Beaumont’s epic ride around the globe, to the fact that finally have statistical evidence that UK cyclists are obsessed with coffee and cake!”