Stringbike Uses Ropes and Pulleys for Its Drive System 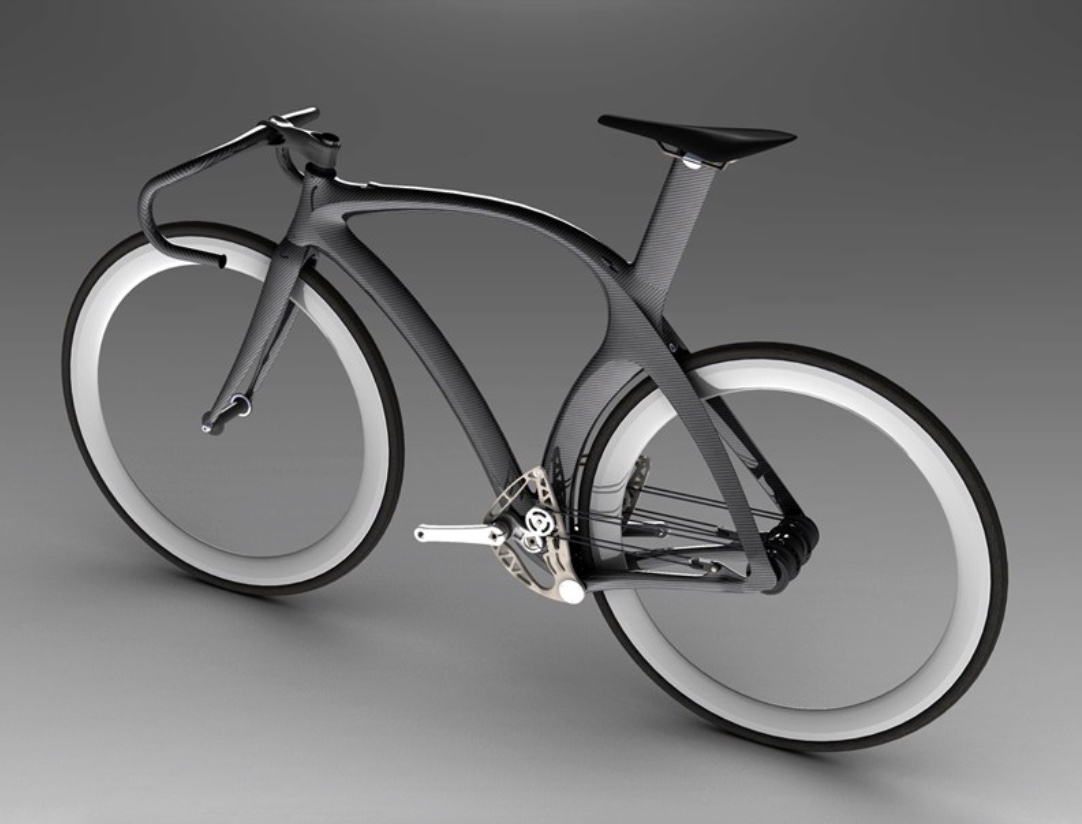 Nestled in the Csepel neighborhood of Budapest, is a small, nondescript workshop where bikes that rely or ropes and pulleys for their drive system are made – a far departure from the traditional gear and chain set-up.

Stringbike, as the company aptly calls itself, resembles a bird’s nest of intricate detail, which features a drivetrain made up of a triangular aluminum swinging arm that’s connected via a colorful array of strings made from the carbon-like material Dyneema that are attached to spring-loaded hubs mounted to the bike’s rear axle.

Just like any other bike, pedaling takes place the same way. However, the far-flung shape of the inside of the swinging arm converts the rider’s pedaling into a horizontal back-and-forth motion. The force in turn is relayed to the rear by the Dyneema strings, which pull on the hubs and rotate the rear axle.

There are two identical drivetrains on each side of the bike, offset by 180 degrees so the pedals can provide continuous power.

The Stringbike company is run as a skunkworks inside the Schwinn-Csepel bicycle factory, which also makes conventional bikes.

According to Stringbike, the benefit to their design, results in a silky, smooth feel that filters away a majority of road vibration  Moreover, their symmetrically balanced drive system provides no fewer than 19 different non-overlapping gear ratios within an integrated gearbox.

“The benefits of using the Stringbike is that the strings are transferring the leg power to the rear wheel on a silky, smooth way, while filtering all vibrancy. the pedaling experience is improved by the symmetrically balanced drive system. the ‘string drive’ system has 19 different non-overlapping transmission ratios within an integrated gearbox. gears are selected by moving the rope wheels up and down. the upper position gives maximum and the lower gives minimum transmission ratio”, says the company.

Stringbike offers a range of configurable bikes, from cruiser style city bikes to full on road and triathlon models.

The company has even developed specially designed carbon fiber frames to work with its elaborate drive system, along with customization options.