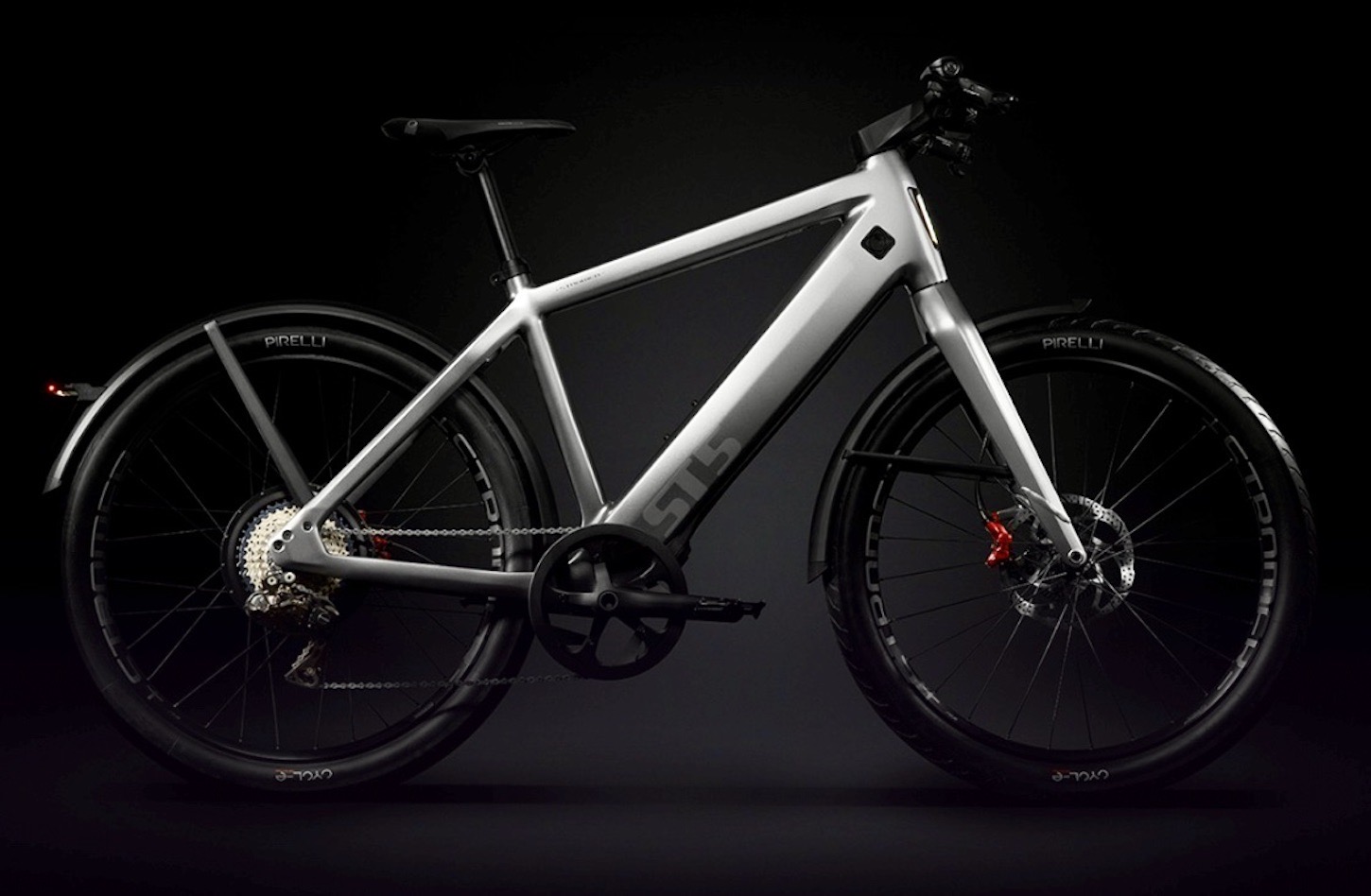 Stromer has partnered with Blubrake to integrate the Italian company’s anti-lock braking system (ABS) into its ST5 ABS model, marking the first time a fully-integrated ABS system has been offered in a production eBike.

Compared to e-bikes, S-Pedelecs can reach higher speeds and therefore generate greater braking forces, hence why Blubrake developed its ABS system to work directly with this classification of bike.

In the case of the ST5 ABS, an electronics module is incorporated into the frame’s top tube, wherein an actuator connected to the front hydraulic disc brake and a wheel speed sensor on the front wheel, monitors functions via a toptube integrated display.

If the system detects that the front wheel stops turning while still in motion, the system intervenes by continuously modulating pressure to the hydraulic front brake, keeping it from locking the wheel up.

Likewise, the system is able to detect if the rear wheel starts lifting under heavy braking, and responds by adjusting the front braking force accordingly.

In addition to advanced braking, the ST5 ABS also features a powerful 650-watt bottom bracket mounted motor that’s capable of propelling the bike to a top speed of 28 mph, while a 48V/983-Wh battery that can provide a travel range of up to 112 miles per 5.5-hour charge.

The ST5 ABS also has integrated front and rear lights for optimal visibility.

Stromer says the ST5 ABS should be available beginning in June 2021, with prices starting at $9,999.

In the meantime, you can learn more by visiting Stromer’s website here.