Study Explains Why So Few “Breakaways” in the Peloton are Successful 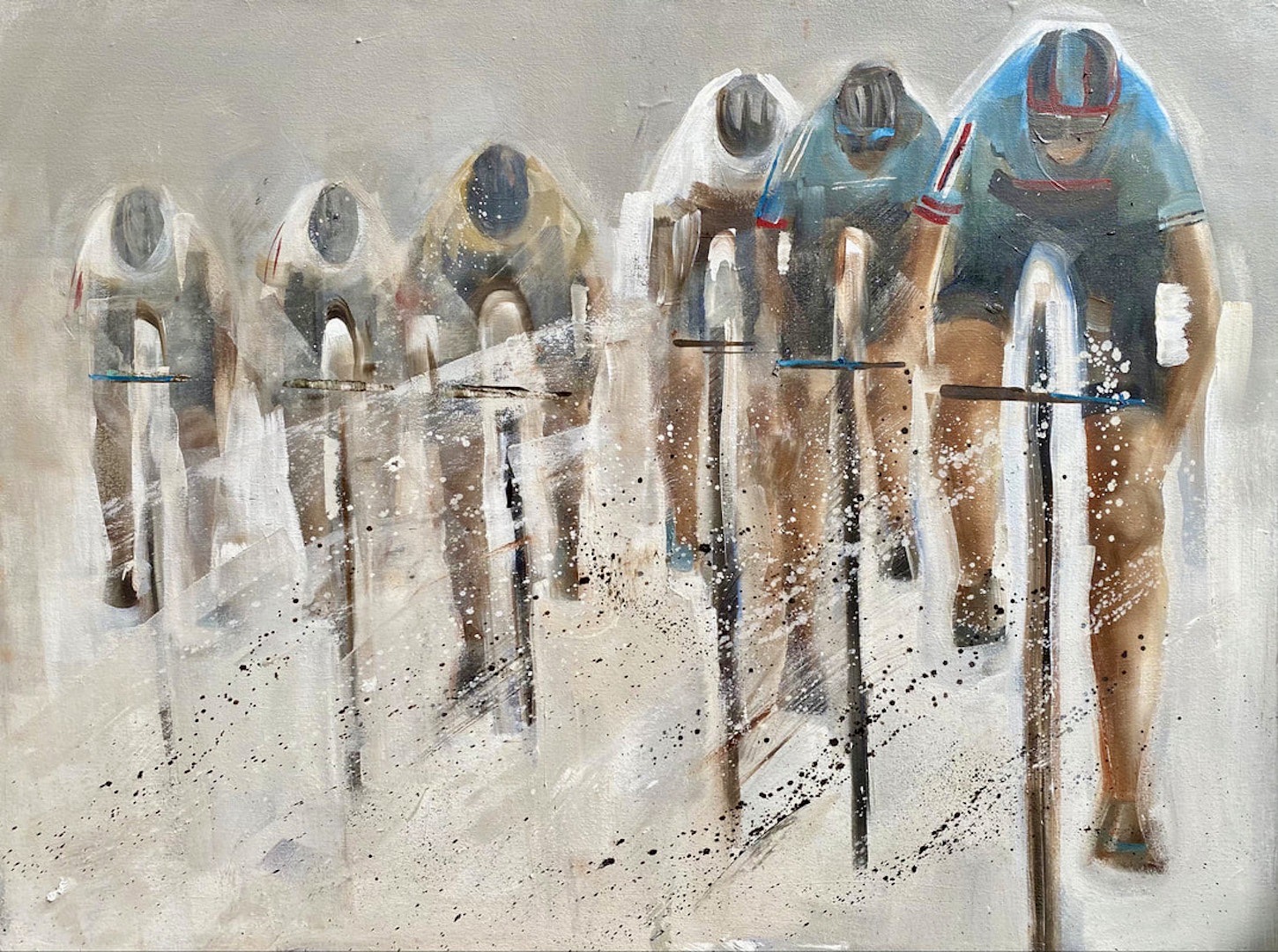 In the middle of a peloton, riders experience only five to ten percent of the air resistance they face when cycling alone. A new study, published in the Journal of Wind Engineering & Industrial Aerodynamics, based on wind tunnel research on a peloton of 121 riders may explain why so few ‘breakaways’ in professional cycling races, like this year’s Tour de France, are successful.

“It turns out that current calculation models used by some race teams to determine the best time to escape are based on the wrong assumptions,” explains lead author Professor Bert Blocken at the Eindhoven University of Technology & KU Leuven. “Perhaps these new results will lead to more successful escapes and partly explain why so few escapes succeed, and why the peloton often hauls in the riders that do escape,” Dr. Blocken added.

It is well known that in the middle of a peloton you ride ‘out of the wind’ and therefore experience less air resistance. How much less has never been thoroughly investigated. From previous research with smaller groups of riders, estimates have been made of 50 to 70 percent of the air resistance is experienced when compared to individual riders. Professional cyclists however, suggest that in a peloton you ‘sometimes hardly have to pedal’, which assumes that air resistance must be much lower.

The research team, led by Dr. Blocken systematically chart, for the first time, the air resistance for each rider in a cycling peloton of 121 riders. The results showed that in the middle and at the back of the peloton the drag is about five to seven percent of what is experienced by a single rider. “Put it another way: it is as if a rider is cycling at 12 to 15 km/h in a peloton that is speeding along at 54 km/h,” Dr. Blocken added. “That’s why it feels like riders expend so little energy at the back.” Riders can now use these data to see what the best place is in a peloton.

But Dr. Blocken warned that “this does not mean a recreational cyclist can cycle along with the professional peloton. This might be possible for a short distance with a straight road on flat terrain, but as soon as bends are taken, the accordion effect sets in, and the peloton stretches out, causing the resistance to become much higher.”

The study is a combination of computer simulations and wind tunnel measurements (including a complete peloton of 121 models), which independently gave the same results. Researchers examined two pelotons of 121 riders, where the distance between the rows differed slightly. Computer simulations amounted to 3 billion cells — a world record for a sports application — and required CRAY’s American supercomputers and tens of thousands of software licenses from the company ANSYS. Simulations had to run for 54 hours for the calculation of a peloton, with a total of 49 terabytes of working memory.

“At the very back, the air resistance is very low, but there is less opportunity to react to attacks and chances increase greatly for getting caught in a crash,” says Dr. Blocken. “So for classification riders or sprinters, the best position is in row six, seven or eight: there you are sufficiently shielded by other riders and you’re near enough to the front.”

The study also considered a peloton with a regular arrangement of riders, in order to allow clear conclusions to be drawn. The cyclists were static, not pedaling and not moving from one position to another in the peloton. There was no strong head-, tail- or side-wind. Only aerodynamic resistance was considered. The effects of these limitations will be investigated in follow-up studies by the researchers.