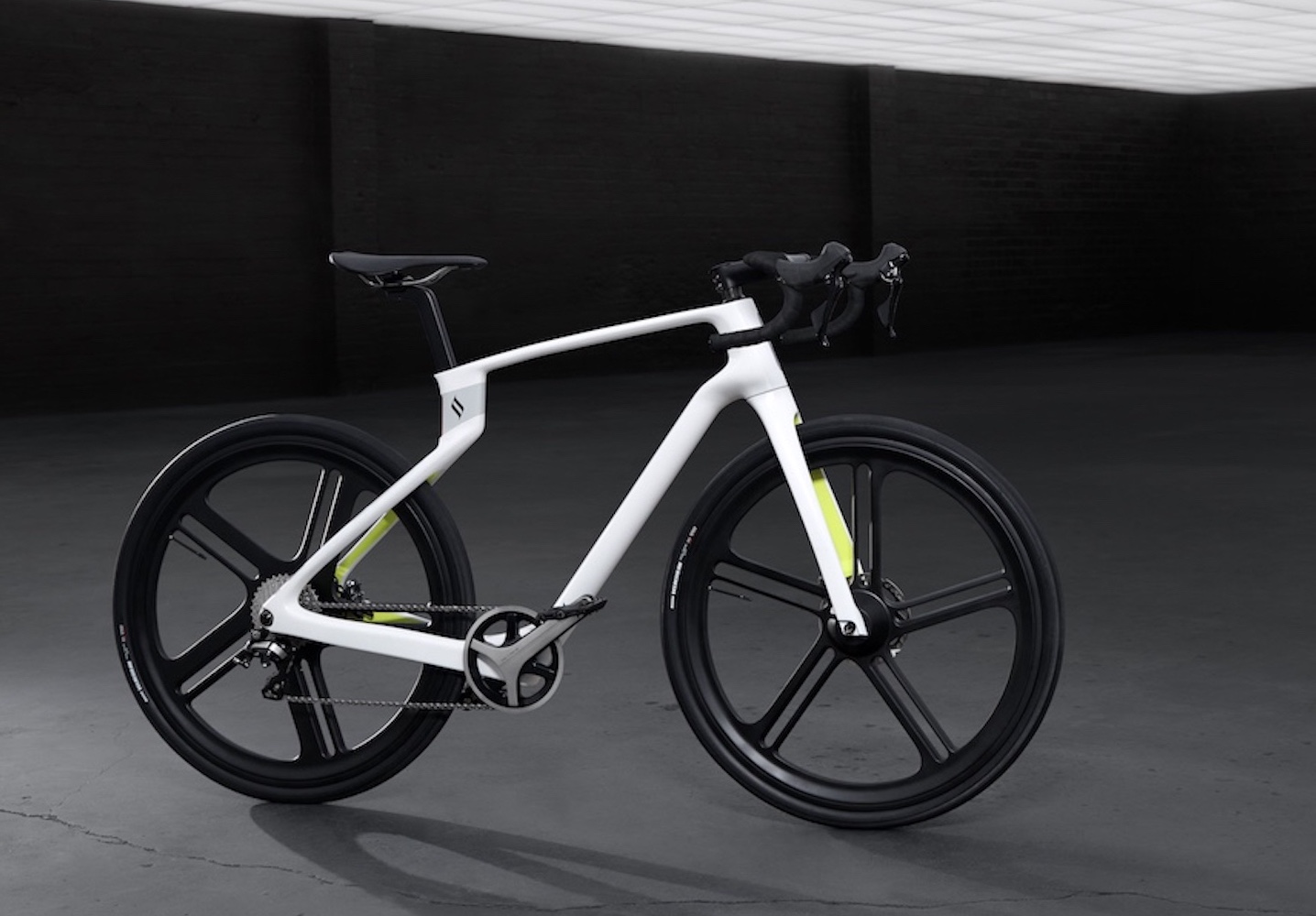 The California-based company Superstrata is touting what they claim are the world’s first 3D-printed carbon bikes to feature a “continuous, unibody design”.

The Superstrata brand is an off-shoot of the Silicon Valley composites firm Arevo, which describes its new Terra and Ion models as, “a true unibody construction, 3D-printed in a single pass of continuous carbon-fibre thermoplastic composite. Unlike other carbon-fiber bikes whose frames are glued and bolted together using dozens of individual parts and fabricated from previous-generation thermoset composite materials, the Superstata frame is constructed without joints or glue for seamless strength. It’s also produced using next-generation thermoplastic materials, making it extremely impact resistant, yet remarkably lightweight.”

“Conventional 3D printing creates parts that are what are called isotropic, meaning their dynamic performance is uniform in all directions, but Arevo’s process is made of these long continuous fibers that wrap around the whole part, creating a performance that’s anisotropic. It means that the parts… can be fine-tuned… and the cool thing is that they’re doing this on a production basis and not just for prototypes,” adds Superstrata.

According to Superstrata, this technology allows them to build a lightweight, exceptionally strong frame faster than conventional carbon fabrication processes like tube-to-tube construction or the use of molds. Moreover, the company claims their system allows them to make an exact reproduction of each frame, while also permitting them full customization as well.

For instance, Superstrata says each frame can be built to the rider’s desired geometry, offering no fewer than half a million possible combinations, while compliance can also be dialed-in thanks to the ability to control the stiffness properties of each frame.

Two mechanical disc brake versions of the Superstrata are offered, the Terra and its e-bike counterpart the Ion

The Ion features an internally-mounted 252Wh battery mated to a 250W rear hub motor that can provide pedal-assistance up to 60mi/96km with a recharge time of two hours, along with rechargeable front and rear LED lights.

Judging by the images, the Terra appears to be equipped a Shimano Metrea groupset, 12mm thru-axles, a Fabric saddle, Maxxis Velocita AR tires with options up to 40mm and rechargeable front and rear LED lights as well.

Superstrata has undertaken a crowd-funding campaign on Kickstarter, offering early-backers a special price of $1,500 for the Terra from the regular price of $2,800, while the Ion can be fetched at half price for $2000.