“The Surprising Promise of Bicycling in America” Study to be Released 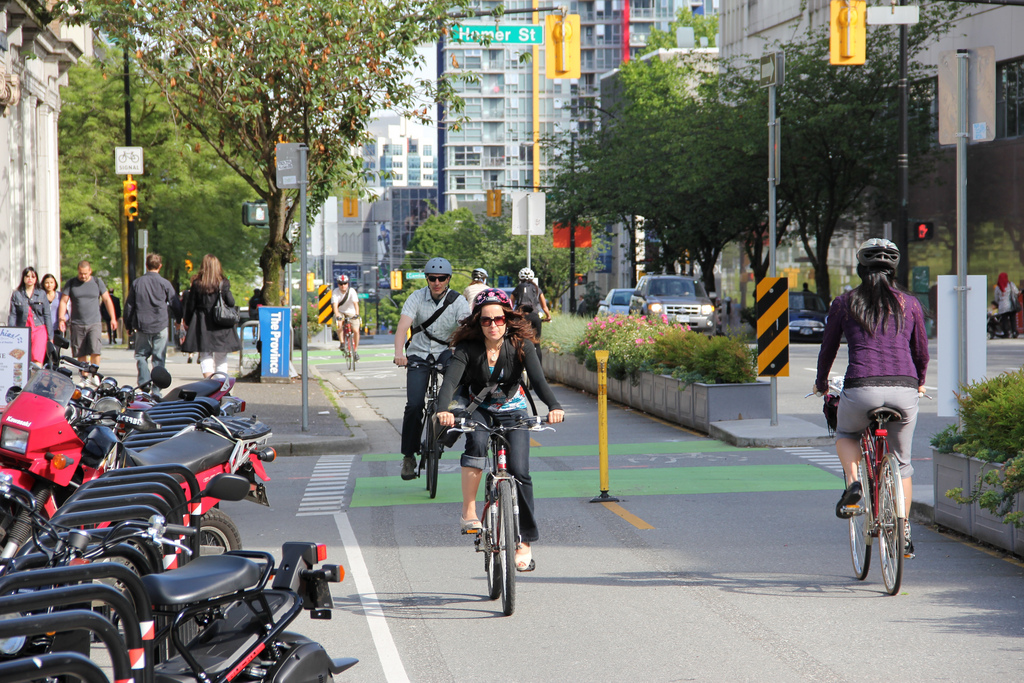 The upcoming report The Surprising Promise of Bicycling in America by Jay Walljasper spells out why bicycling is becoming more convenient and fun for millions of Americans. The report will be available for download on Tuesday, September 19th at PedalLove.org/Promise-of-Bicycling.

1) The first on-street bike lanes were created in Davis California 50 years ago (Davis still enjoys the highest percentage of bicycling commuting in the U.S.) and

2) This year’s Interbike Tradeshow (Sept. 20-22) marks the 20th anniversary of “the big ask” – when bicycling advocates convinced the bike industry to fund the “Bikes Belong” political campaign to support continued national funding for bicycling. Spoiler alert: they succeeded. This funding sparked the creation of thousands of miles of bike lanes and trails in all 50 states. Unfortunately, much of this funding was scrapped by Congress in 2015.

“If you look at the bike infrastructure we had 20 years ago and what we have today, it’s mind-boggling,” says John Burke, president of Trek Bicycles. Burke also pledged the first $100,000 for the Bikes Belong campaign.

Once favored for transportation only by kids under 16, hipsters in places like Portland and Brooklyn, and of course MAMILS (Middle Aged Men in Lycra) for fitness — The Surprising Promise of Bicycling in America shows how bicycling is picking up popularity on many fronts.

Bike Friendly Policies + Infrastructure Are Key – But People Count Most

It’s people who push for the policies and infrastructure that improve bicycling conditions—and one of the most important new developments in biking is one you will never notice on the streets says veteran bicycle advocate Charlie Gandy: “The growth of organized local volunteers trained to tell their stories and who are strategically supported by well-staffed advocacy organization. Their mission is to show that communities that are safe and fun and convenient for bicycling are safe and fun and vibrant for everyone.”

The report will be available for download on Tuesday, September 19 at PedalLove.org